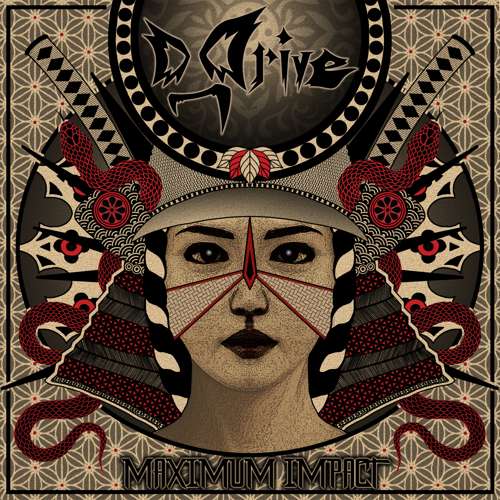 Having just signed a brand spanking new record deal with Marshall Records, Japan’s D_Drive aim to impose their brand of Driving Rock on the world.

Nothing stirs the blood more than when you hear a pure Heavy Metal vocalist in full pelt. Think Judas Priest’s Rob Halford terrorising your soul on ‘Painkiller’, Ronnie James Dio’s medieval mystique on ‘The Last In Line’ or Bruce Dickinson taking flight on ‘Aces High’, but having said all that, a song its instrumental form is also a thoroughly exhilarating experience.

Albums like ‘Perpetual Burn’ by Jason Becker, Joe Satriani’s ‘Surfing With The Alien’ and, more recently, Nita Strauss’s ‘Controlled Chaos’ are prime examples, but one that’s set to send tremors through the rock and Metal world is the first international release from D_Drive, entitled ‘Maximum Impact’.

If you’re unfamiliar with the band, well they’re a four-piece, 50% female 50% male outfit from Osaka in Japan, and no they are not a Far East version of Bucks Fizz. This is not their first foray into the recording domain as they have previously released three albums, ‘Something To Drink’ (2009), ‘Accelerator’ (2011) and ‘R’ (2015), however these were only released in Japan. 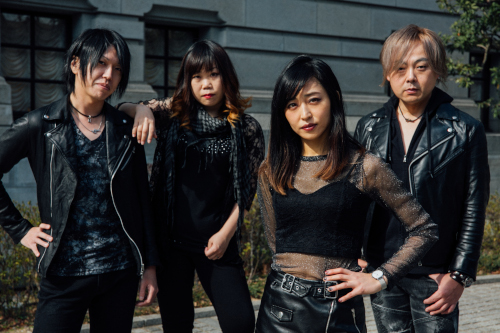 Well versed afficandos of the sacred axe should be delighted to hear that this album is not just a mass bombardment of one hundred notes a second fretboard sprinting. Yes, there’s no holding back but the twelve string assault of Seiji and Yuki, backed up by the jackhammer rhythm section of Toshi and Chiiko are measured and cultured and keep a tight balance between restraint and all out anarchy.

Opening track ‘Attraction 4D’ has a lush, classic Metal flavour, akin to Maiden’s Smith and Murray in their relentless ‘Piece Of Mind’ and ‘Powerslave’ days, and it’s followed by the much darker ‘M16’ which enthusiastically dips it’s toes in prog waters but still retains an edgy tone. A more melodic approach engulfs the sophisticated ‘Cassis Orange’ with Seiji and Yuki’s Lizzy-like performance absolutely top drawer.

Japan has a long and healthy relationship with classical music. Composers like Joe Hisaishi, Joji Yuasa and Hikaru Hayashi may ring a bell with those partial to some artistic gallantry in their music and whether or not that influence has rubbed off on D_Drive, the sophistication in ‘Lost Block’ wouldn’t be out of place with a heavyweight orchestral makeover.

At seven minutes and thirty five seconds, ‘Unkind Rain’ might appear a tad top heavy for an instrumental, but this is a sublime piece of work that lingers beautifully. Intensely cinematic and luciously melodic, this is to be savoured. 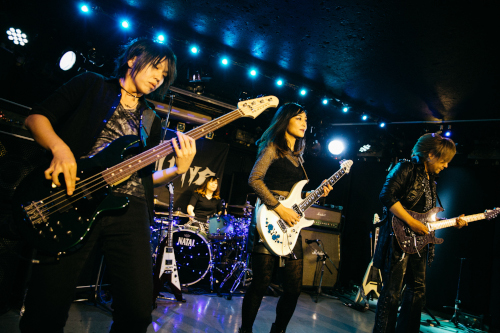 It is a welcome surprise to hear some acoustic guitar on this album via the summertime vibe that opens ‘Gradation’ that eventually unleashes itself into an early 80s poprock groove-fest. The brilliantly titled ‘Mr Rat Boots’ bears all the hallmarks of all out anything goes jam and with a lot of Vai and Van Halen traits it’s a widdly widdly lovers dream.

The closing couple of tracks, ‘The Last Revenge’ and ‘Screw Driver’ keep the relentless pace going and as far as plectrum melting virtuosity goes, they are both box office.

For an album of this nature ten tracks is sufficiently satisfying and regarding instrumental rock, this is the A-list variety, on a par with the very best.

A thoroughly enjoyable exhibition of top class musicianship from an insanely talented band.