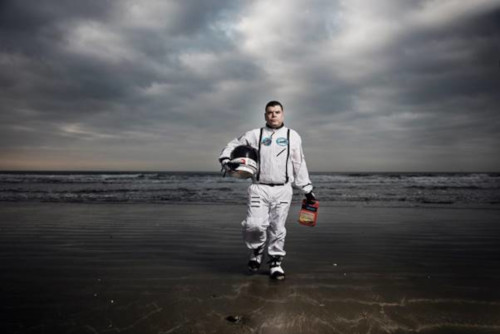 ‘Under Stars’ is the final album of the Lonely Robot trilogy, conceived and directed by sonic sorcerer, master guitarist and supreme vocalist John Mitchell (The Urbane, Arena, Kino, It Bites, Frost*). Andy Rawll spoke to John about the album, its genesis and composition as well as the prospect for future live shows, featuring songs from the entire trilogy.

Listen to the complete conversation here:

The album was released on InsideOut on 26th April 2019 and once again features drums by long-time collaborator Craig Blundell (Steven Wilson, Steve Hackett, Frost*, Pendragon), plus bass contributions from Steve Vantsis (Fish). All other instrumentation on the album is performed by Mitchell himself. As he mentions in the interview, the album has the same widescreen cinematic feel to its two predecessors, but with a little more focus on keyboards in the arrangements, although trademark Mitchell guitar remains prominent throughout.

John states: “It is the final part in the astronaut trilogy, and was recorded over an intensive month-and-a-half period. This time I wanted to reference my love of 80s synthwave pop a little more – so beware the 808! The title is derived from the belief that we as humans spend far too much time not noticing the beauty around us and far too much time tethered to technology.

“I always saw this as a trilogy, and it feels like the third part of the Lonely Robot masterplan has reached a natural conclusion.” 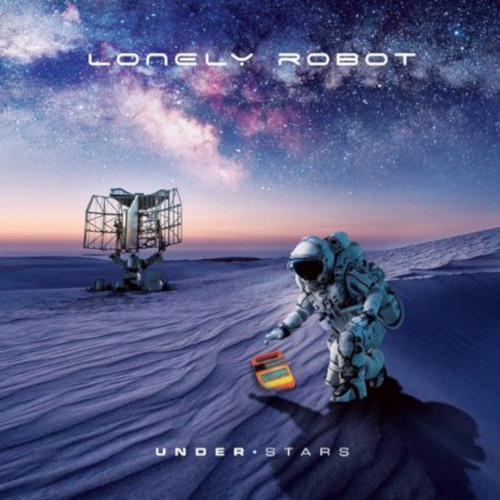 As with the two previous albums, there is a theme running across the songs here, as Mitchell explains: “On ‘Please Come Home’, the theme was about the idea that life on Earth didn’t originate from this planet, while for ‘The Big Dream’, I was really giving everyone the benefit of Zen musings according to John Mitchell. This time things are a little more down to earth. What I am doing is looking at the millennial generation, and the fact that kids today are so tied to their phones and to technology. They really have no clue what is actually going on around them, and I find that worrying.”

A special launch event, where the album was played-back in public for the first time, took place a few days before the release date in London at the Everyman Cinema in Kings Cross. The session was hosted by Alex Milas, whose SpaceRocks technology and music day, headlined by ‘Lonely Robot’, won best event at the 2018 Prog Magazine Awards. John revealed more about his childhood fascination with science and cinema and in particular the soundtrack composers, such as James Horner (Krull), John Barry (Moonraker), Vangelis (Blade Runner), Alan Silvestri (Contact), Jerry Goldsmith (Alien), John Williams (ET et al) and Clint Mansell (Moon), whose evocative scores remain strong influences.

Three preview videos of songs from the album are now available here:

INTERVIEW DETAIL (TIMELINE)
01:20 – It was a more concentrated recording process this time around
05:30 – How the story arc of the Astronaut character concludes
07:15 – Track by track comments: Opening track (as per previous albums) pays homage to his favourite films: ‘Terminal earth’ references ‘Blade Runner’; whereas ‘Airlock’ on LR debut (Please come home) references ‘Moon’ and opener on The Big Dream invokes ‘Alien’
08:39 – ‘Ancient ascendant’ – first single from album: ‘Metal Gabriel’
09:44 – ‘Icarus’ – mid 80s electro trancey vibe (Robert Miles); SynthWave movement is having a resurgence via current bands FM84, the Midnight; Gunship. Overtly 80s sounds dominates
11:18 – ‘Authorship of our lives’ – modern distorted keys intro evolving to soaring AOR (Schon/Luke) guitar solo
12:28 – The Mitchell guitar solo as the common thread between three different albums
12:50 – Reverting back to what comes naturally and most typically original teenage influences, rather than current trends. Lonely Robot is an amalgamation of the music he loves. He loves Rammstein metal riffs, he grew up with disparate tastes: Stuck Mojo; Iron Maiden, Clannad, Yes, Mike Oldfield was a big thing. Film soundtracks (Krull CD); Dad playing ‘Blue Danube’ made bedroom shake. Lonely Robot is a mix of ambient guitars (U2/Coldplay), cinematic piano and metal riffs. Proud to have done something that stands out on its own. The Schizophrenic nature of his record collection has informed it in any way
15:50 – ‘When gravity fails’ -sticks out. Discordant keyboard sounds. Genesis was an Arena writing session with Mick Pointer, who’s a big fan of Tool. One 5/4 riff didn’t make it to the Arena album. Shifts to 6/8 in the chorus with a Frost* vibe. Not surprising as Jem and John both love the music of John Barry
18:25 – ‘Inside this machine’ starts the final three tracks in bombastic style, but this is tempered by the other more reflective songs that revert to the original ‘Please come home’ refrain. Leading actor, Lee Ingleby provides voiceover as he did on the debut
20:05 – Following the current Arena tour, what happens next ? Live Arena album is ready to release; idea to do a handful of dates with all three LR albums, back to back, later in the year. Studio-wise. Vex Red (from the OOs) have a new EP
22:10 – John’s label, White Star Records – a strong succession of releases. Quantum Pig (Mark Stevenson is a longstanding friend and is now a motivational speaker and futurist). It’s a loss leader, a labour of love and a fun journey so far

Previous articleD_DRIVE CO-FOUNDER SEIJI: “YOU CAN LISTEN, SEE AND FEEL THE MUSIC
Next articleJAPAN’S D_DRIVE SET A NEW STANDARD IN INSTRUMENTAL ROCK AND METAL ALBUMS