If ‘Vector’ was a fuller origin story of ‘The Cockroach King’, who first made an appearance in 2013’s ‘The Mountain’ album, then ‘Virus’ is his genesis story. That is, the 17 minute epic ‘Messiah Complex’ is, but we are getting ahead of ourselves here.

If you are unfamiliar with Haken, here is an ultra-quick summary – progressive Metallers formed in London in 2007, debut album ‘Aquarius’ released in 2010, ‘Virus’ is album number six.

I saw Haken supporting label mate Devin Townsend at the Roundhouse in London at the tail end of their ‘Vector’ tour and found them quite pleasant, if not entirely memorable. Don’t get me wrong, I didn’t dislike them, that night was all about Devin for me.

I had a cursory listen to the ‘Vector’ album before going to the show and thought it was ok.

There is the problem with most Progressive Metal albums right there – it is impossible to form a solid opinion based on a cursory listen. There is always so much more going on that the listener misses.

I gave the ‘Vector’ album a proper listen and absolutely LOVED it. Heavy riffing combined with subtle melodic passages and vocalist Ross Jennings going from beautiful clean tones to a more Metal roar.

‘Virus’ has taken Haken to a new level completely. From the staccato distorted riffing of opener ‘Prosthetic’ through to the beautiful piano and vocal of album closer ‘Only Stars’, ‘Virus’ is one of 2020’s top releases.

The band are at pains to point out that ‘Virus’ was locked in as the album’s title way before this global pandemic took place. It was always going to be the companion piece to ‘Vector’. 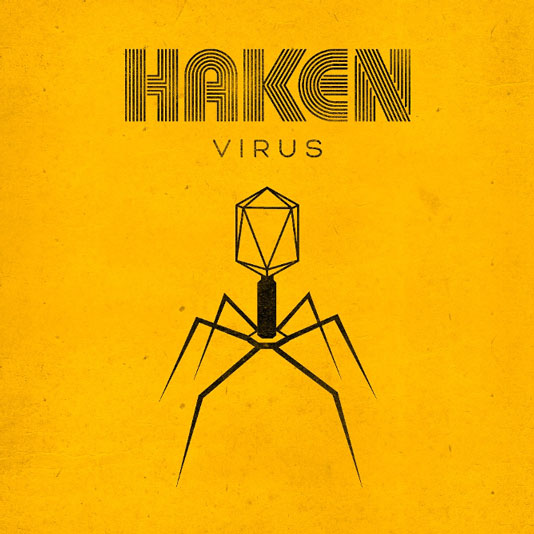 If someone wants to know what Progressive Metal is, just play them this.

‘Invasion’ has a very strong message that is eerily prophetic to what is happening in the world right now. The video is eerily fantastic also (see below).

The band told MetalTalk: “Lyrically, Invasion deals with themes including but not limited to anxiety, depression and suicidal tendencies. We thought that the discussion of a ‘Virus of the mind’ tied in well to the psychological themes touched upon in the sister record ‘Vector’ and lent itself to the character development of Virus’s manic protagonist.”

Haken have been on a steady upward curve since 2010, with ‘Virus’ they are knocking hard on the door of the premier league.

It is such a shame that this actual virus we are living through right now has scuppered any chances of seeing Haken perform any of these songs live.

‘Virus’ is definitely Haken’s finest album to date, of that there is no doubt.

If you even have a vague liking for Progressive Metal, this album NEEDS to be in your collection.

Doro and Massive Wagons to headline Rockin' The Bowl 2021