There has never been a shortage of confidence from Greta Van Fleet, the Michigan quartet seemingly born with the confidence that they would one day stride the Rock world like colossuses.

A big part of this may have come from the fact that Josh, Jake and Sam Kiszka found their brotherly bond informed a literally lifelong relationship, the three hatching plans and honing their skills as they prepared to launch themselves on an unexpecting populous. With the addition of drummer Danny Wagner they found the fourth part of the puzzle and this line-up has seen the band growing from fresh faced teenagers to a band whose debut album was met with global acclaim, all within the space of five years.

Whilst there was a lot of criticism of ‘Anthem of the Peaceful Army’, the band dealing with the cries that they were Led Zeppelin copyists, they were convinced they were on the right path and given the huge commercial success of the album it seemed liked they were onto something.

This, equally portentously titled, full length sophomore ‘The Battle at Garden’s Gate’ once again speaks of a band whose ambitions are sky high.

Certainly, the echoes of the Birmingham legends are still here in the likes of the bombastic Hard Rock of tracks like ‘Built By Nations’ and ‘Age of Machine’ but there are also others that draw in a wider range of influences that dips more into 70’s Prog.

Opener ’The Heat Above’ is a prime example of this show of the band maturing and spreading their wings, its mix of Rush, Jethro Tull and a touch of Procol Harem all adding up to a heady brew. Whilst it could be said that early Rush sounded like Zep anyway, it is still a move forward as Greta Van Fleet mix in other colours to their palette, with second track ‘My Way Soon’ mixing this continued admiration of the Canadian trio and adding to it a liberal fiery dose of The Who.

Greta Van Fleet embrace this heritage with a passion, the heights of 60’s psychedelia and 70’s classic Hard Rock seemingly shot through every fibre of their bodies. From the echoes of Pink Floyd in ‘Broken Bells’ to the most pastoral stylings of the grooving ‘Caravel’ that would not have been entirely out of place on ‘Led Zep III’ or Fairport Convention at their most heated and party ready. 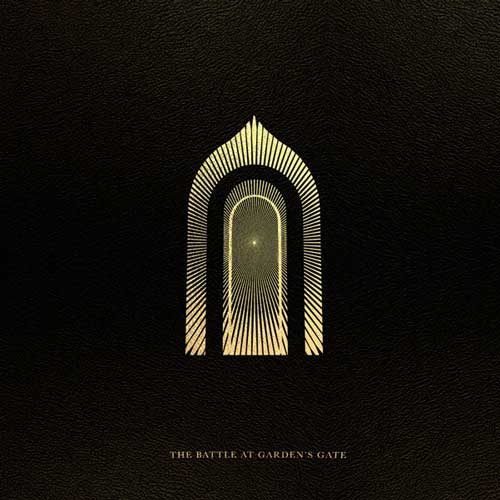 A riot of dazzling hues

Each track is approached with a determination to make a statement, every note needing to count, the band unafraid to go large. This is not to say that it is all overbearing and unremittingly ‘epic’, as they do show an understanding of restraint and subtlety, taking their foot off the gas when things need a different dynamic.

‘Stardust Chords’, ‘The Barbarians’ and ‘Trip The Light Fantastic’ may be skyscraping and a riot of dazzling hues, but the audio fireworks are tempered by space that allows the listener a pause in which to breathe, albeit briefly.

Throughout, the assured guitar work of Jake Kiszka cuts through, creating sonic shapes that dance and weave over Sam and Danny’s whip smart rhythm section.

Frontman Josh also puts his all into the performances, his perpetually full-bore delivery throughout the album is a potentially divisive factor, Kiszka sounding like Geddy Lee on the Canadian’s most strident early material.

That aside, ‘The Battle at Garden’s Gate’ should see Greta Van Fleet’s trajectory continue to rocket skyward, their aim of world domination still very much on track.

Prepare to bow down.

Gojira / Nothing short of mind-blowing

Greta Van Fleet / Listen to the new single ‘Heat Above’