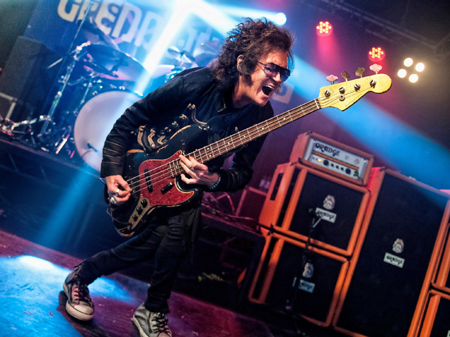 Ritchie Blackmore has confirmed that his former Deep Purple bandmate, Glenn Hughes, was asked to join the latest line-up of Rainbow, Blackmore’s post-Purple band which reformed two years ago with a brand new line-up.

Blackmore was interviewed by Billboard, who asked whether the guitarist invited Glenn to be part of the new Rainbow? Blackmore replied:

“Through a mutual friend, a conversation came up saying it would be good to have him in the band. I said, ‘Would he be up for being just the bass player and we would have another singer singing?’

“Fast forward to the day before rehearsals and we contacted Glenn to see when he was going to fly in, and he wasn’t aware that he wasn’t going to be the lead singer at all.

“So I understood his situation and I told him we would have to get someone else, and he was fine. We ended it amicably before it even started.” 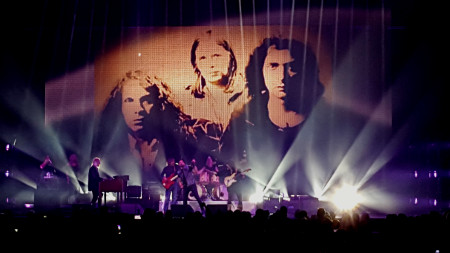 Rainbow recently released a single, ‘Waiting For A Sign’, but Blackmore also confirmed that there is no more new material and that there are currently no plans for Rainbow beyond this summer’s dates. He said:

“No material is written for Rainbow. My first commitment is to Blackmore’s Night and Renaissance crossover folk music. Maybe one day we’ll do some heavy stuff in the studio, but not at the moment.

“We’re looking to touring America with Blackmore’s Night in July/August, concentrating on those concerts and giving Germany a rest this year. It will be nice playing to our American fans.

“I don’t have any [future plans for Rainbow] at the moment except for the five dates we will be doing in Europe in April. I heard tickets are doing well, so I’m happy about that.”

You can check out our audio review of ‘Waiting For A Sign’, as well as listen to the track itself in Edition Eighteen of our reviews show, You Spin Me Round, right here: