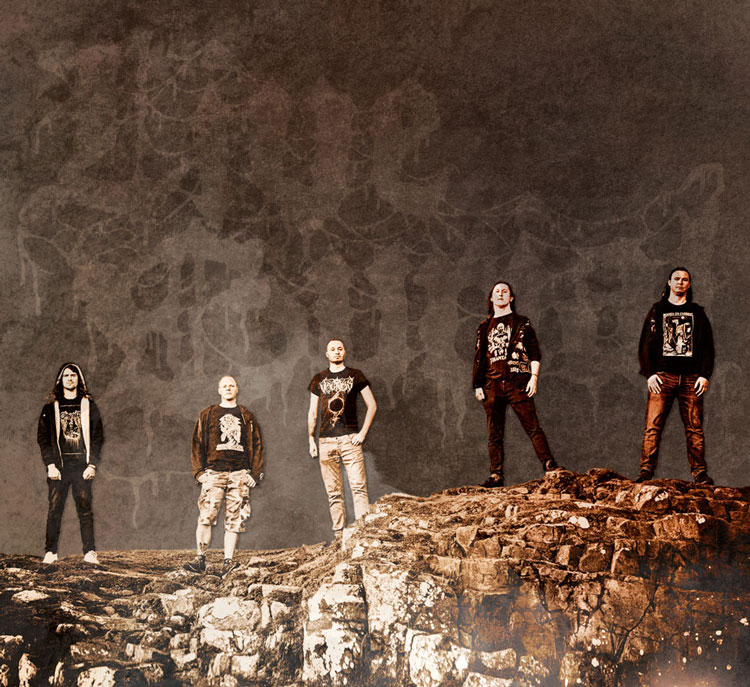 It is a strange but warming feeling to listen to an album and find it both luscious and brutal. But that’s the feeling I get from the second studio offering, ‘Unending Futility’, from UK Death Metal band Live Burial.

‘Unending Futility’ has a sound that is dense and rich, rugged and scathing, dark and brooding, yet crushingly comforting. It really conjures a myriad of emotions as well as being a superb listen – brutal enough to hit the spot but accessible enough to draw you in.

Jamie Brown delivers some interesting vocals; not a low growl or a high acerbic scream, but something that hovers with menace in between. With clarity in the lyrical content and a slight ‘van Drunen rusty edge’ to it, which I really like, sounding natural, unforced and delivering well protracted growls when necessary.

There is at times also a subtle touch of Thrash to the guitar sound. Another factor I like is the occasional emergence of the bass work to prominence. 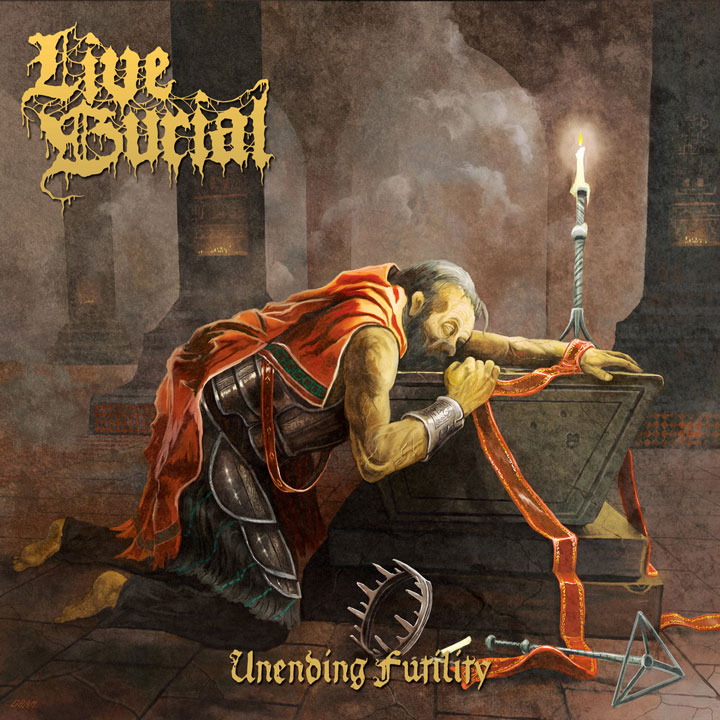 I have no favourite tracks here – this is an end to end great listen. The complexity within each track is impressive in its own right.

One of the aspects I really like is that this isn’t an end to end full tilt offering. But one that ebbs and flows in pace, dropping into the often diabolically doom laden, as on ‘Rotting on the Rope’, and then elevating into full throttle riffing.

It is a well considered, composed and very dramatic album; From the ominously sinister and chunky opener, ‘Seeping into the Earth’, to the album closer – the almost ten minute monster ‘Cemetery Fog’.

There are bursts of lead work throughout that vary from the haunting to the downright to the thrashy and manic. You also get a wonderfully diabolical and sinister undercurrent on ‘Swing of the Pendulum’.

‘Unending Futility’ should interest fans of early Asphyx, Autopsy or Cancer, or if you just enjoy well-crafted and imaginative Death Metal. It is available now from Transcending Obscurity Records.

It is a well created and delivered slice of Death Metal that, whilst encompassing the best elements of the genre, is also sufficiently unique and individual to be well worth your time and attention. A fine album indeed.