FROM THE ABYSS: BLACK PESTILENCE ‘HAIL THE FLESH’ WITH THEIR SIXTH STUDIO RELEASE.

Actively attracting my attention before I’ve even pressed play, this encompasses two of my favourite genres: Black Metal and Punk all rolled into one. You also get a Black ’n’ Roll/Thrash element too, adding a further genre blend that couldn’t be more potentially alluring to my ears if it tried.

I do tend to be of a mixed mind whenever ‘Satanic influences’ gets dropped in as a source of inspiration, however here it takes a rational approach of the stance of a Left Hand Path, I-theist. Band founder, bassist and vocalist Valax clarifys the matter and explains lyrically they are “Glorifying the carnal lifestyle and celebrating Earthly pleasures and indulgences. Without sounding too cliché, most of the lyrics are about Satanism, but not on a theistic level, just true, carnal, humanistic Satanism. Also I am inspired by so many different avenues for lyrics, many other songs are also about social issues.”

Now he has explained that matter I can also say that not only does it lyrically stand well, written with passion and a genuine philosophical standpoint, it is bolstered by a well delivered harshly acerbic vocal style.

It is overall a superb listen with nine catchy, well varied, upbeat tracks spanning a compact thirty-four minutes that sits on the exciting edge of chaotic and that engages you from the opening no holds barred, d-beat dominated ‘Hail The Flesh’. The song is an up tempo piece with a searing Black ‘n’ Thrash undertone, thrashy lead bursts and delightfully diabolical riff patterns.

Following in a similar vein after taking a brief but intense blackened downturn, ‘Spurn All Gods‘ points out the ridiculous futility of being a slave to any god. 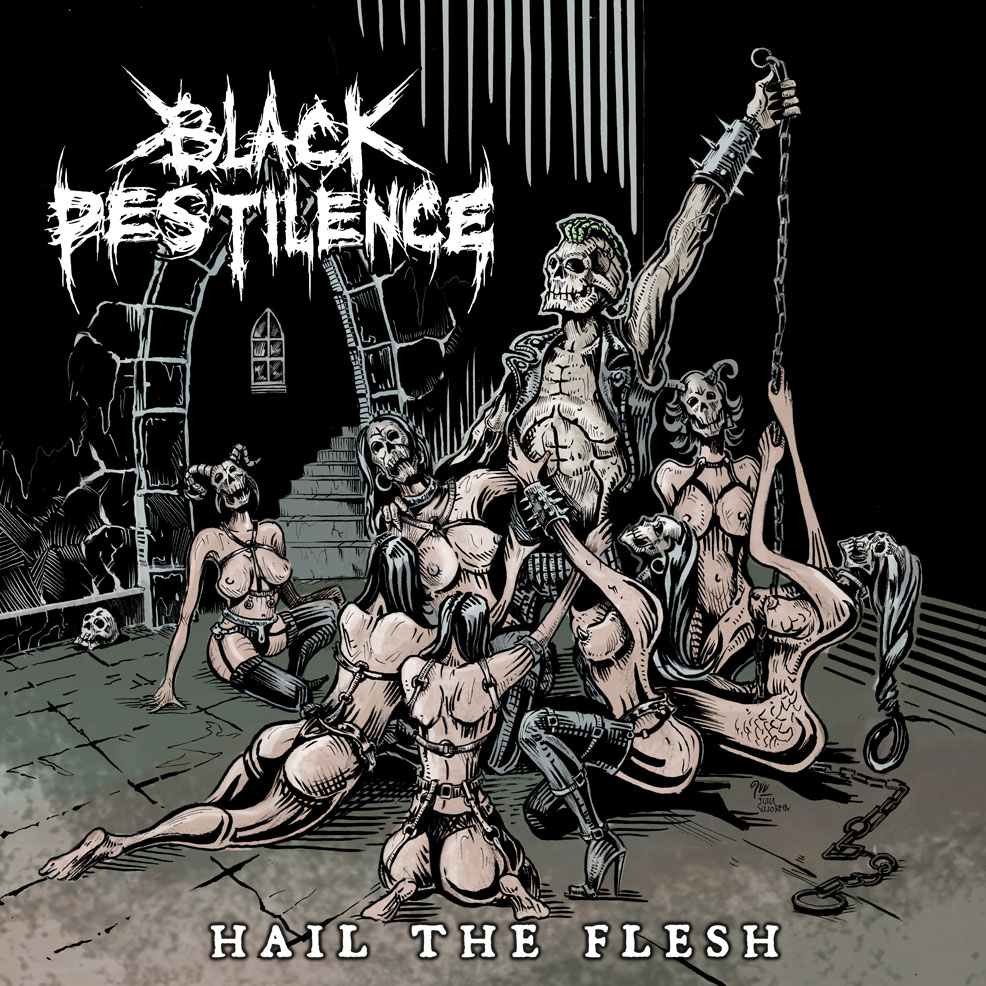 ‘Hellfire’ is an addictively catchy, groovy and dark burst of Black ‘n’ Roll with a lovely chunk of second half thrashy leadwork, while ‘True To The Dark’ is an intense Black ‘n’ Punk offering that explores bearing the Devils Mark.

‘Cloven Division’ is dark and forceful, with an unrelentingly urgent delivery exploring an interesting internal battle between an epicurean indulgent existence and global environmental matters.

‘Godless’, exposes the myth by way of an intense thrashy Black ‘n’ Roll, with a repeat lead burst that punches its way through nicely in the first half, taking us nicely to ‘Frauds To The Throne’ with its hugely engaging punchy groove, while taking a look at the pseudo Satanic hoaxers and fakers.

‘My Will To Power’ has a wonderfully dark and thrashy d-beat rich drive to its construct, unleashing the ‘Black Pestilence’ driving force once again and leading us to the album closer – the slower, blacker and a little different from it’s predecessors but still utterly compelling ‘Ephemeral’. It is a track which lyrically puts our very being into perspective, leaving you something to reflect upon as the album ends.

Honestly, anyone with the remotest interest in Black ‘n’ Thrash, Black ’n’ Roll or even just plain old Thrash is going to love this album. It is a blisteringly addictive listen. The skilfully fluid ways that all these genres are melded is both brilliant and compelling as well as being lyrically inspiring.

‘Hail The Flesh’ is once again a firmly independent release, available to pre-order or purchase from the 1st of May as digital or CD here: https://blackpestilence.bandcamp.com/album/hail-the-flesh along with their previous releases.

DEVIN TOWNSEND RAISES OVER £65,000 FOR THE NHS IN RECENT LIVE STREAMED FUNDRAISER

FROM THE ABYSS: BLACK PESTILENCE ‘HAIL THE FLESH’ WITH THEIR SIXTH STUDIO RELEASE. 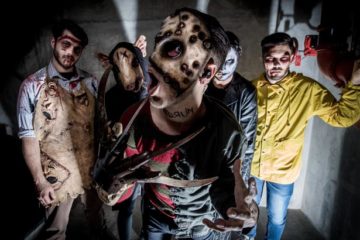