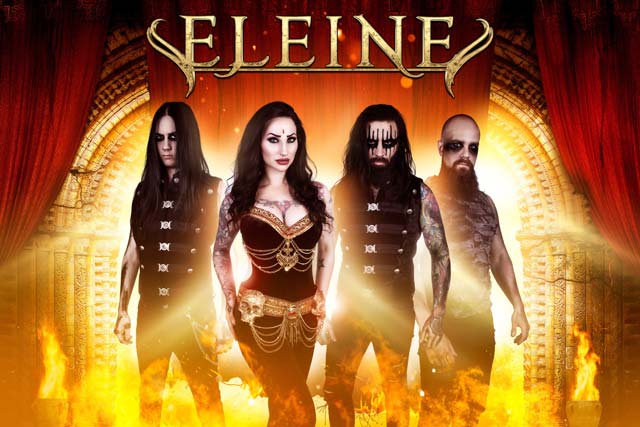 Swedish symphonic Heavy Metal band Eleine did not start out until 2014, so you could think that they had missed the boat. There was a point when Europe had so many Symphonic Metal bands with front women, that female fronted almost became a genre and even spawned the Metal Female Voices Festival.

Thankfully it seems to be regarded as much less unusual to have a woman front a Metal band now and combined with Symphonic Metal being less in vogue, it makes life harder for a band like Eleine.

Their reaction has been to follow the old fashioned Rock and Roll path and just to get on with it themselves by forming their own record label and getting out on the road as much as possible. This strategy has won them a growing fan base, but of course COVID-19 has raised it’s ugly spory head and the touring has had to stop. 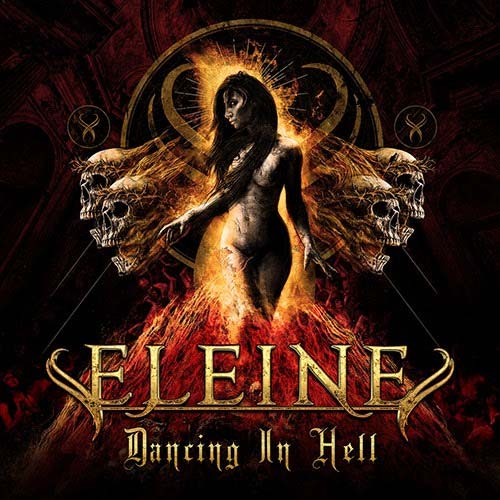 All that is left is recording then, and whatever the creative process has been, it has really worked. ‘Dancing In Hell’ is their third full length album and it is a real cracker!

Their previous efforts have been worthy with some excellent highlights, but something has changed and this release takes them into a different league.

Take ‘Ava Of Death’ for example. A powerful chugging riff, strings and choirs behind it, some creative rhythmic inflections, an air of brooding menace lightened by Madeleine Liljestam’s strong, clear vocals and an excellent guitar solo. It immediately sticks itself into your brain and will not let go. When it finishes you just want to play it again.

‘All Shall Burn’ is another winner with hooklines galore and adding some clean male vocals to the usual beauty and the beast, offering to up the ante again while it builds to a strong, satisfying finish.

The title track will strain your neck muscles come gig time with it’s headbanging friendly groove, yet there is so much going on underneath the basic vibe, it is worth just taking the time to listen. There is true depth in the song writing and arrangements here.

Anyone jonesing for a truly Symphonic experience will love the final track, which takes the meaty dynamics of ‘Die From Within’ and adjusts them in a version with just orchestra and choir. Symphonic Metal without the Metal still works! 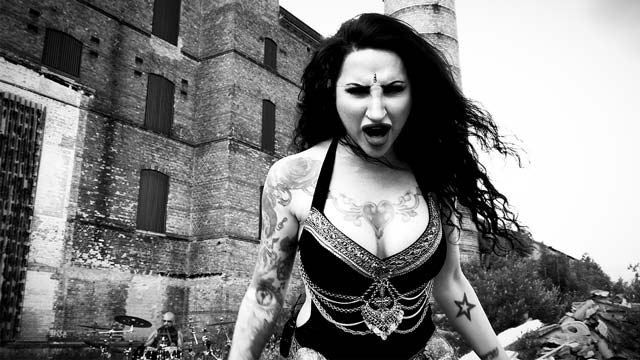 This production on this album is superb, adding the final touch to make it a mightily impressive example of how a band can take its core sound and turn it into something really special.

If you’ve been wondering where the next great Symphonic Metal band is coming from or, even if you have not, Eleine has just answered the question for you.

I cannot wait until they can get out there on the road and invite us to go ‘Dancing In Hell’.