Durbin / The Prince of Metal has awakened 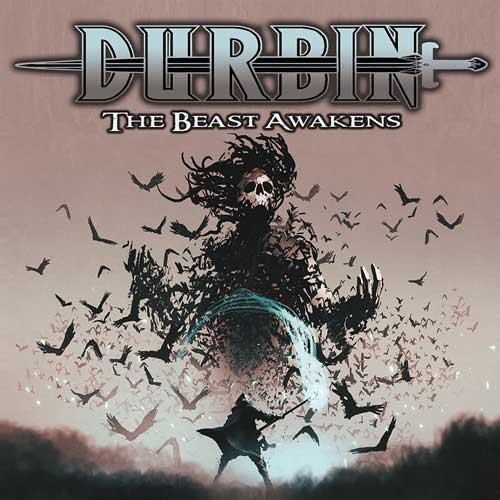 James Durbin’s first album with Frontiers Music, ‘The Beast Awakens’, was released in February this year and is currently shaking the hallowed halls of Valhalla to their very core, with twelve tracks of triumphant Classic Metal.

If, like me, you love 80’s Dio, Maiden and Judas Priest then you need to hear this album. ‘The Beast Awakens’ is an unexpected gem of a record, which teases and delights with hints of Classic Metal moments while retaining its own fresh identity.

I think the reason it works so well is because it is written by a true Metal fan with a great understanding of the sound and feel of the classic 80’s Metal period. Durbin’s awareness of old-school Classic Heavy Metal shines through in his lyrics and composition, amplified by his superb Rob Halford-esque vocal range. And trust me, this guy can sing.

Opening track, ‘The Prince Of Metal’ is an instant fast-paced Heavy Metal classic which sets the tone for the rest of the album, while ‘Calling Out For Midnight’, with its vintage Iron Maiden feel and radio-friendly chorus, will get stuck in your head for days. ‘By The Horns’ goes one step further by deliberately referencing Judas Priest’s ‘The Sentinel’, but has its own identity, a huge over the top chorus and some ferocious lead guitar work.

There is no lack of quality in the twelve tracks, but ‘Battle Cry’, a haunting slower paced moment, and ‘The Sacred Mountain’ with a timeless mid-tempo riff and some inspired vocals stand out, while album closer ‘Rise To Valhalla’ just lets rip, ticking all the Heavy Metal boxes that quite frankly you would want ticked.

That Durbin wrote all these tracks himself is exceptional – and he has assembled some serious musical talent to support him, in particular Y&T’s Mike Vanderhule on drums and Barry Sparks on bass, with guests Chris Jericho and Phil Demmel also appearing on the fantasy-themed ‘Kings Before You’.

This has been a grim and depressing year so far due to the pandemic, but this album has really lifted the gloom and just put the most enormous grin on my face.

If you cannot resist the classic sound of 1980’s Heavy Metal, this album is a must-have.