The track, whose title translates to “And thus always to tyrants” features the exceptional talents of jazz/fusion drummer Gino Banks and bass prodigy Mohini Dey, who bring their own flair and style to this old school Death Metal track, giving it a unique twist.

Demonstealer told MetalTalk: “I’ve known Gino for years through my old day job as artist relations manager for Furtados Music and I have always wanted to jam or work with him, so when he posted a tweet saying he was accepting songs to drum to, I knew I had to send him something.

“I asked if he was up to play on a Metal song and he said yes. He really smashed it on the track. I knew I wanted Mohini to play on it, because they do a lot of gigs together but I did not know how to ask her.

“Thankfully Gino played her the song and she agreed to play on it.

“I could not be happier with the end result. It has been a blast working with these stellar musicians.”

The artwork for the song has been done by well known artist and drummer of Indian metal band Gutslit, Aaron Pinto aka The Art of Kidsquidy. While ex-Demonic Resurrection guitar player Daniel Kenneth Rego has mixed and mastered the song.

The song is out now on all digital platforms and can be purchased and streamed at demonstealer.bandcamp.com/track/sic-semper-tyrannis 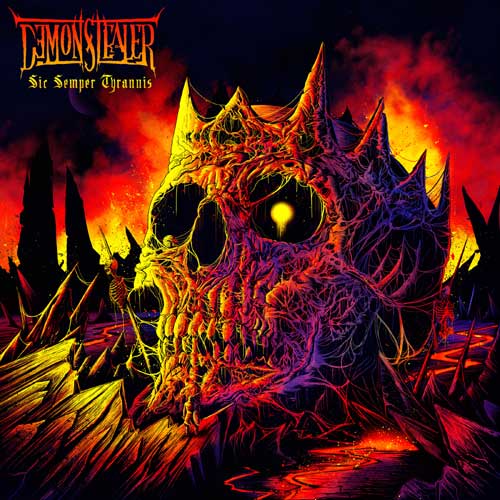 Greta Van Fleet / Listen to the new single 'Heat Above'