Initially, a one-man Black Metal project, Dargor was founded by Polish musician Michał Kustra, who cut his teeth in several local bands across the genres. But he was driven to develop this project out of a desire to create something for himself, to fit his musical taste.

Inspired by the likes of Samael, Ajattara, Dimmu Borgir and Summoning, he released a debut EP ‘Helfire’ initially planning to handle every aspect, but with the success of the EP and the prospect of live shows, Dargor was extended to a full band. Initially just for live work but clearly as a unit, they have gelled. 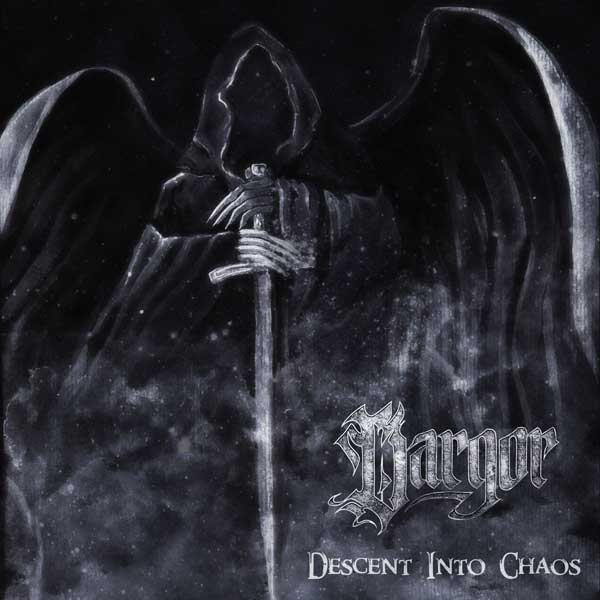 Fast forward to now, and the result is the debut full studio album ‘Descent Into Chaos’, which includes new tracks as well as versions of the three tracks featured on the EP.

All tracks focus around a melodic, cold but atmospheric Black Metal sound that still maintains an aggressive edge, with lyrics mostly about mental pain, the process of inner descent, and the dark sides of human nature. However, despite the negative subjects, the message is positive. “We can always choose between Darkness and Light”, as many people will attest.

The first three tracks are the newer tracks. The hauntingly melodic, ‘Abysses’ is a little in the vein of Vreid, to give a bit of a point of reference. Much of the appeal with this track, and the rest of the release, is the superb balance between the acidic vocals and the mid-paced haunting melody.

‘Bloodthirst’ follows in a similar vein but with a darker intonation and very noteworthy second half leadwork. ‘Awaken’ has a decidedly Satyricon-esque feel in places but develops into something more expansively melodic, punctuated with superb soaring leadwork. A fascinating and engaging track that takes an idea and runs with it with reckless abandon.

The album also features a cover of Satyricon’s ‘The Wolfpack’, and Dargor keep the flavour and feel of the original but add roundness to the sound. It has less punch but has more melody and flow, it’s an interesting and well-interpreted cover of a classic track.

The final three tracks featured on the ‘Hellfire’ EP, include the title track, the superb ‘Hellfire’. Its opening is sinister and suspenseful, before developing a mid-paced blackened rolling groove and haunting undertone which sits so well with those acidic vocals. The intense and dark ‘Decay’ wends an intricate path as it progresses and a cover of Samael’s ‘Crown’, is again a good cover and an interesting interpretation. It is cleaner and more melodic and atmospheric than the original instrumentation department but with richer and more acerbic vocals.

‘Descent Into Chaos’ is both an agreeable and easy listen end to end, and I believe Dargor are working on a follow-up release. So if you enjoy this album, it looks like there is something else for you to look forward to.

Available as a digital name your price purchase here.

Also available, as name your price purchase, is their previous EP available from here.

Album Of The Week: Prosperina emerge from darkness with 'Flag'