Album Of The Week: Prosperina emerge from darkness with ‘Flag’

Prosperina have released their album ‘Flag’, an excellent set full of layered Metal songs that bodes well for the bands’ future and leaves a real taste for witnessing them live.

Coming up against not only the music industry problems of COVID-19, they have also emerged from a right royal shafting PledgeMusic. Interestingly the songs were written before these woes, but the album’s messages are also perfect for now. 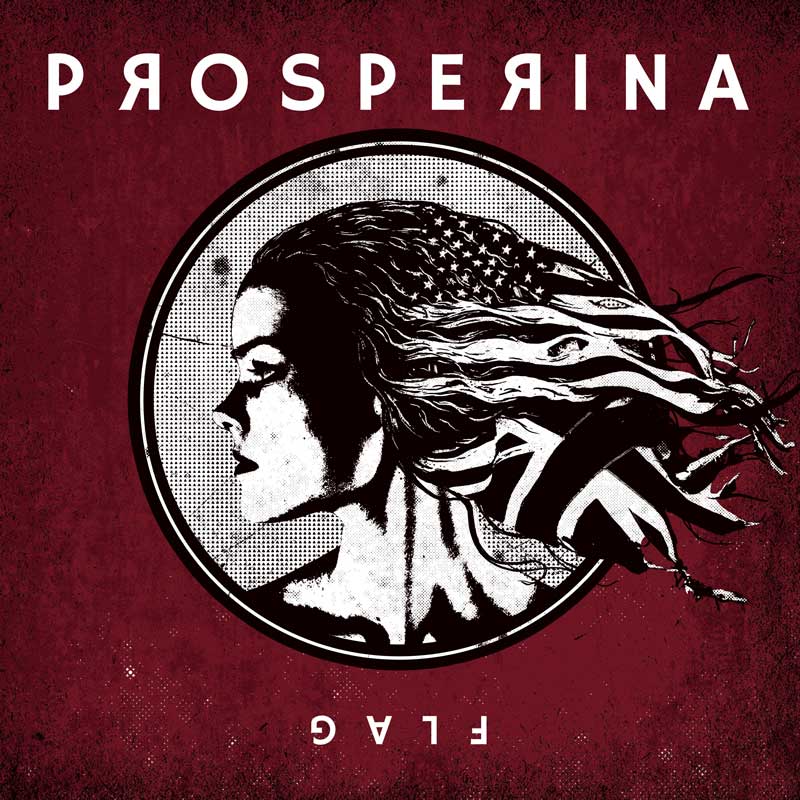 ‘Art Nouveau’is a feature track on the album and one which leaves a real thirst for the return of live performances. With the album being the first the band have recorded with a second guitarist, this track builds through a fantastic twin-axe attack to a crazy chorus bound to have music fans jumping around.

“We’ve been limited to how much we have been able to play due to COVID-19, but the last time we played ‘Art Nouveau’ was in Shoreditch, London, and it went down very well. It sounds great live. The guitars are tuned down to G, or A, and it feels like it has a weight to it when playing live” Geth Woolcock told MetalTalk.

Different tunings is a theme of the album, which certainly adds a great, heavy character to the tracks. It is something Geth has a passion for. “I’m really interested in where I can take the sound of the guitar without having to resort to crazy pedals. We use some tunings which I’ve made up that I’m not aware of anyone else using. It causes a nightmare for Chris and me on stage, though, although we get by on two guitars each.”

An epic and progressive tracklist

The track Boot, a great stomping track where the vocal mixes in with the instruments to a disturbing but incredible effect, was a song written in the studio. The band felt they had an epic and progressive tracklist for the album but felt the need for a punchy track.

Geth had a riff that he had been working on while at the studio, which became the song’s base. People who had pledged to play on the album spent an afternoon at the studio, and the recording was a success. By pledger Maya Leech, the spoken element leads into the chorus of “if you want to see a vision of the future, picture a boot stamping on a human face forever”.

The PledgeMusic catastrophe caused problems for the band.

While they achieved their target with some ease, its collapse meant that no money was forthcoming. Although its owners knew that the failure was coming for some time, they had continued to take people’s money with bands such as Prosperina encouraged to publicise and continue their campaigns.

“Originally, the album was due March 2019, but with the PledgeMusic collapse, the band talked about fulfilling all the pledges. We did not think it would be good enough for Prosperina to turn around and say, ‘sorry guys, we did not get any money from Pledge, so we can’t fulfil your pledges. We decided to push ahead, but we got lucky because a friend of ours said he would be happy to help us out in the short term to get the album together and fulfil the merchandise requests.”

With the Pledge debacle and then COVID-19 problems, this unnamed knight is an example in Geth’s life where he “has a lot of hope and I still have faith in people to turn things around.”

‘Drunk On The Blood Of Tokyo’ is another fantastic song and probably the most ‘commercial’ song. The song is based on Geth and a friend in Tokyo, where plenty of local alcohol left a memory “based on the Smack My Bitch Up video from The Prodigy” where his friend lost a day partly by “being locked in the Love hotel after the staff had left.”

‘Runner In The Maze’ is another fantastic song. With its seemingly straightforward verse and chorus parts, it runs through a more up tempo solo, before building to a repeated “Maze” outro. This is, however, a great example of the layers which fill Prosperina’s songs, and one which I found can build different emotions with repeated listens.

“Some of my favourite albums have songs on them which you can find something new with each listen. I love the idea of getting lost in a production and finding albums which have a depth and rawness to them as well. That is my happy place,” says Geth.

While their melancholic and dystopian style covers the helplessness and fragmentation of modern life, the albums themes were written before all their troubles. Geth has converted his bedroom to a “teenager style” with guitar set up for working on new material “after a day’s homeworking has finished”, and there are now songs for a further album.

With two festival appearances already set for 2021 and hopefully more gigs to be announced, Prosperina are certainly one band that people should feel excited about for the future of live music.

And with ‘Flag’, they have delivered a superb studio album. Eight awesome tracks, with not a weak link in sight.

Album Of The Week: Prosperina emerge from darkness with ‘Flag’ 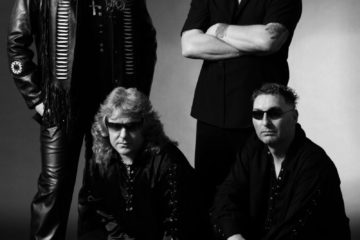