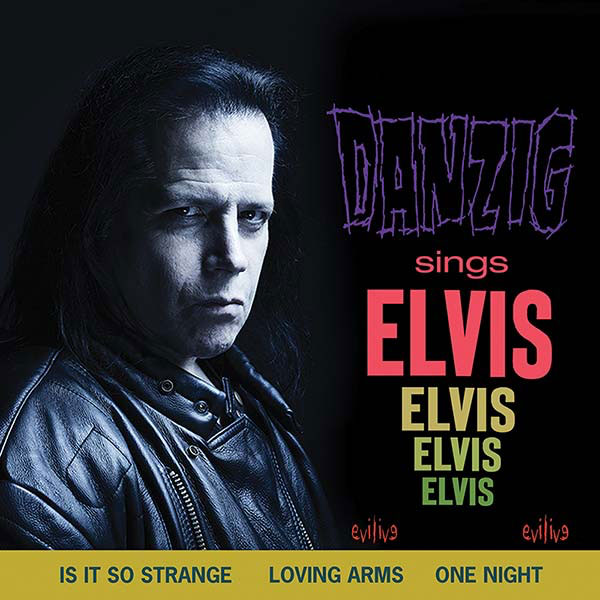 Glenn Danzig will release the ‘Danzig Sings Elvis’ album on 24 April and ahead of this has released his version of Elvis Presley’s 1957 hit ‘One Night’.

Danzig, sometimes known as ‘Evil Elvis’, has spoken of his love for Elvis in the past and acknowledged the influence Presley has had on his career.

In a 2015 Rolling Stone interview, Danzig shared that Presley was among his chief musical influences, stating “Elvis is actually kind of how I got into music.  When I was a kid, I was cutting school pretending I was sick and I would lie at home watching old movies, and Jailhouse Rock came on with Elvis. I was like, ‘I want to do this. This is great.’ And that’s how I veered to music.”

While recording this project, Danzig stated it was important to not only include some well-known Elvis recordings, but also some that were not hits, but influential nonetheless. And with tracks such as ‘One Night’, ‘First In Line’, ‘Like A Baby’, a sinister take on ‘Fever’ and a haunting rendition of ‘Always On My Mind’, we are eagerly awaiting this release.

Previous articleBREAKING NEWS: ALL GERMAN EVENTS WILL NOT TAKE PLACE BEFORE SEPTEMBER
Next articleREVIEW: THE BLACK DAHLIA MURDER – ‘VERMINOUS’