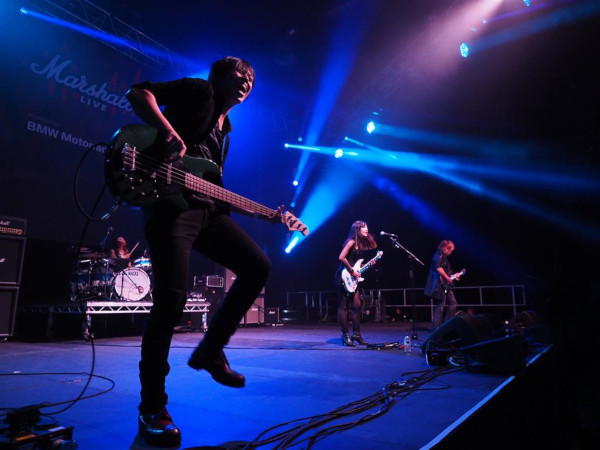 Their first ever visit to our shores neatly coincided with the release of new album, ‘Maximum Impact’, their very first international release, which came out last Friday and judging by sales from the merch desk at Saturday’s inaugural Marshall Live festival at MK Stadium in Milton Keynes, D_Drive are looking very good for a debut chart position this week. 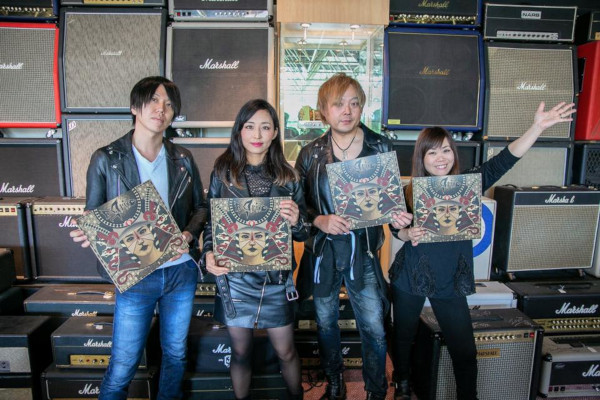 Opening the Main Stage at Marshall Live seemed a daunting task but these driving rockers looked totally at ease on the huge stage and completely won over a sizeable crowd who lapped up their every note.

A shortened set of extended cuts from ‘Maximum Impact’ demonstrated exactly why the foursome are a huge hit in their native country and as soon as the wonderful Kylie Olsson had completed her enthusiastic introduction, the band unleashed a sonic tapestry that captivated and confirmed to their brand new British fanbase that these guys are indeed the real deal. 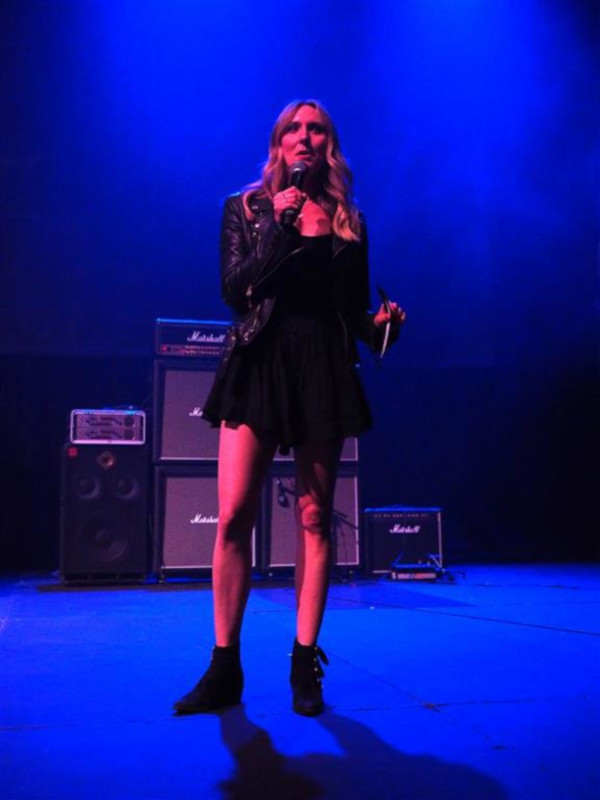 Although led by the twinned guitars of Seiji and Yuki, it’s Toshi’s dextrous bass and Chiiko’s thunderous drums that bring the music alive, especially live and more especially on a stage this size.

It was a remarkable and utterly triumphant British debut and hopefully plans are underway for a full-scale UK tour in the not-too-distant. 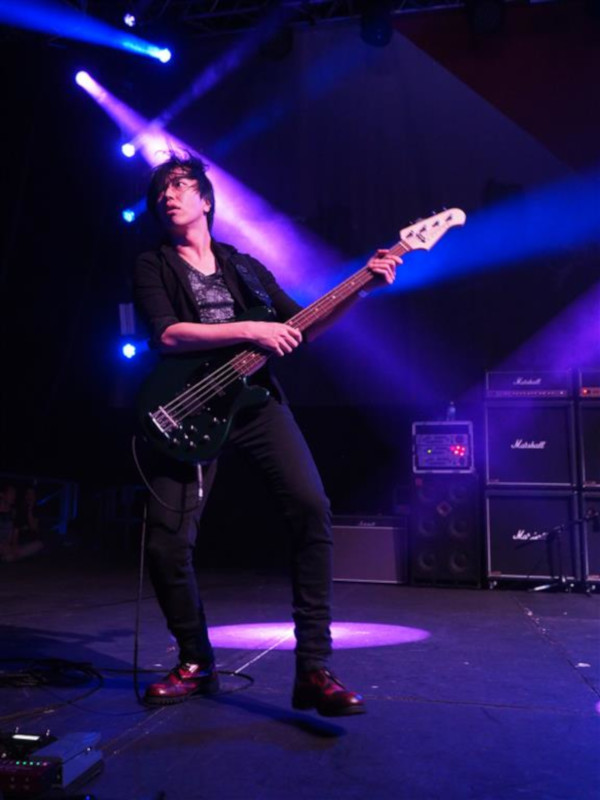 But just as everyone was thinking it couldn’t get any better, it did, when D_Drive became one of the major highlights of the now two-day Camden Rocks festival, following Saturday’s debut with a London gig that will be talked about as one of the best ever to take place in the hallowed Devonshire Arms.

The Dev was completely packed out, which is some achievement for a late Sunday night, and the audience reaction was out of this world. The band could have played well into the small hours as the crowd almost shouted the roof off and there was simply no way any act could have followed this superlative display. 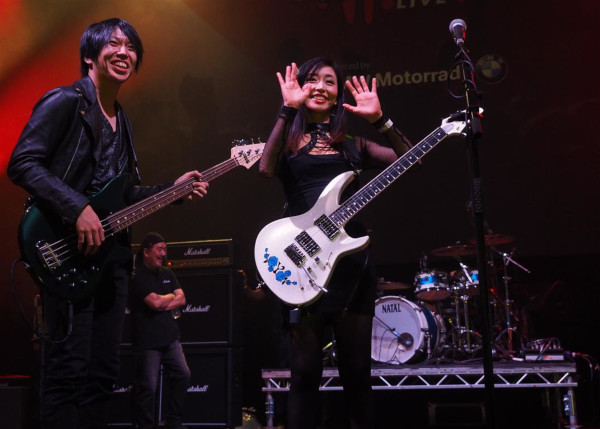 Their short UK visit ended on a massive high with a blistering showcase set at Pirate Studios in west London on Tuesday where a super-curious audience were treated to D_Drive’s own dynamic, driving and harmonious sound that melds the energy of Iron Maiden, the verve of Dragonforce and the extravagant Metal virtuosity of Dream Theater.

D_Drive came, saw and conquered and are now ready to shift into overdrive. 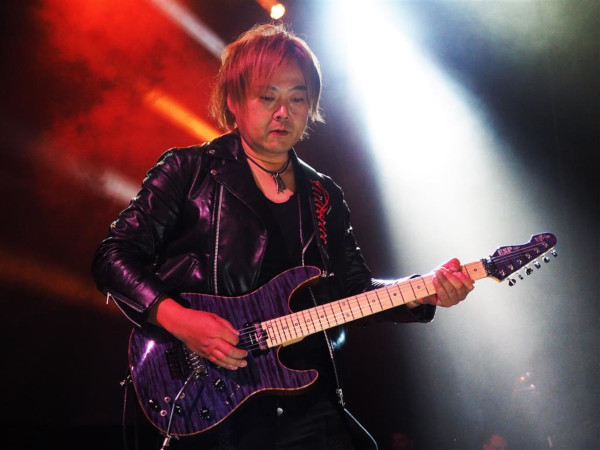 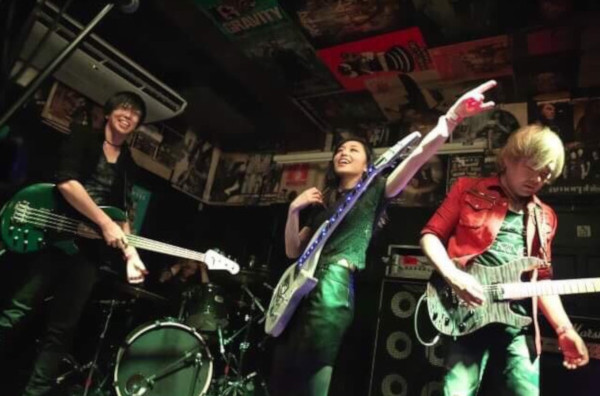 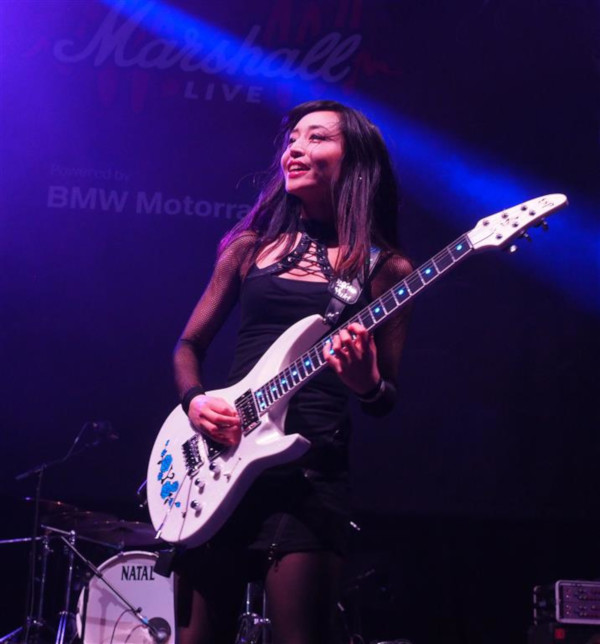 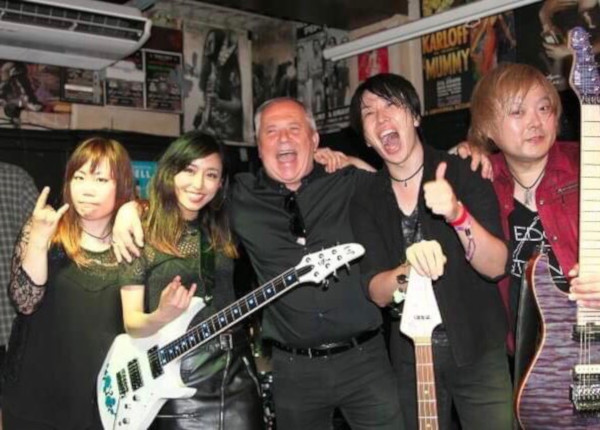 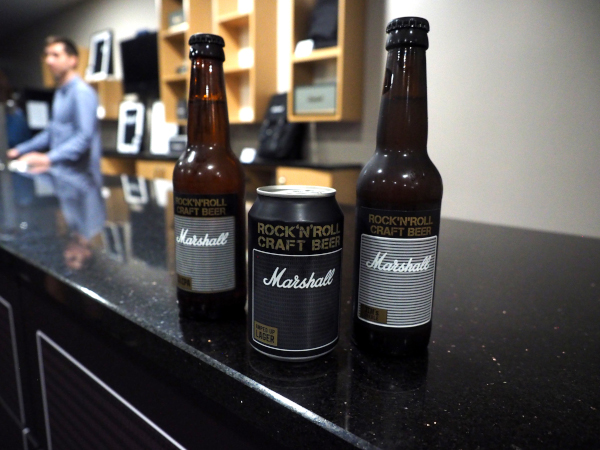 Previous article
TOP FIVE SONGS INSPIRED BY GAMBLING
Next article
4. THE EARTH IS GETTING GREENER