The DCMS (Department of Digital, Culture, Media and Sport) has released a report which criticises the UK Government response to the impact on the UK culture sector of the COVID-19 crisis, saying it was “vague and slow-coming.”

The report states that Boris Johnson’s Government failed to recognise the size of the task and that its response, which included a £1.57bn support package and a five step reopening plan, could have saved more jobs had it been released earlier and contained more clarity.

Conservative MP Julian Knight said “The failure of the government to act quickly has jeopardised the future of institutions that are part of our national life and the livelihoods of those who work for them.

“We can see the damaging effect that has had on the robustness and ability of these areas to recover from the Covid crisis. The £1.57bn support is welcome but for many help has come too late.”

How the fund is distributed is a key question. The report says the DCMS Committee members are “concerned that freelancers and small companies will continue to fall through the gaps of Government support.”

The report also states that fewer redundancies would have happened had the package been announced sooner. With venues requiring around 80% capacity to be viable, the report says that the success of the rescue package depends on “how long institutions remain closed or subject to social distancing.”

There is criticism aimed at the Cultural Renewal Taskforce stating that it had been “slow to demonstrate meaningful progress. The fact it was only established two months after lockdown means valuable planning time for the return of live performance has been lost.

“Moreover, telling venues they can reopen with just a few days or weeks notice does not address the lead times for performance, the challenges of social distancing or the concerns about audience behaviours.

“To provide more certainty and allow for forward planning the Government should, no later than 1 August, publish ‘no earlier than’ dates for stage 5 of its plan to reopen performing arts venues.”

The report acknowledges that 93% of grass roots venues are facing closure and it also warns that streaming services are starving artists of their income, noting that artists now have to rely on live gig income.

The committee members called on the Government to investigate how the steaming market operates and to make steps to ensure that musicians “are receiving a fair reward.”

COVID-19 / Germany is researching the safety of live gigs 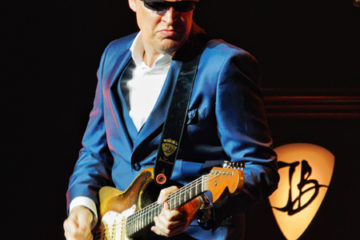