COREY TAYLOR’S PROVOCATIVE NEW BOOK, ‘AMERICA 51’, DUE OUT IN AUGUST 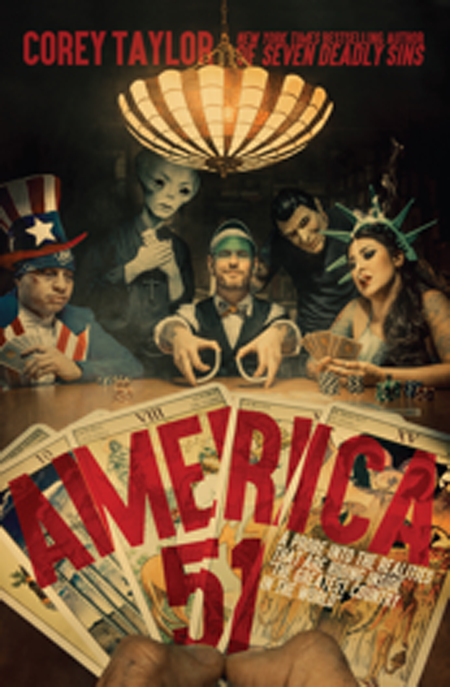 “This will be a pretty unflinching look at how the United States Of America lives and breathes in this day and age. Some of you may not like it. But I hope it’ll be something approaching fair. But just like you, I’m going to do my best to be optimistic, not naïve. I’m going to try to be proactive, not so negatively reactive. I’m going to sit all sides down and really try to figure out how the fuck we got here, man.”
from Chapter 1

Slipknot and Stone Sour lead singer Corey Taylor has a new book coming out, America 51 – A Probe Into The Realities That Are Hiding Inside ‘The Greatest Country In The World’. It’s due for release on August 8th via Da Capo Press with a retail price of $26.00.

Corey did not expect Donald Trump to win the American presidential election so, like any good liberal thinker, he picked himself up, dusted himself off and decided to write a book that would answer the nagging question he couldn’t shake: “How did the United States get to this point?”

In ‘America 51: A Probe…’, Corey directs his signature combination of humour and outrage at today’s America, sparing nobody along the way. On his journey to understand the reasons behind the outcome of the election, he rants about everything from white privilege to Irish car bombs, from bigotry and prejudice to man buns.

Sharing anecdotes from his international touring with his bands, he also explores how the world perceives the United States, why Americans are the worst tourists on the planet, and why it’s ultimately wiser to pretend to be Canadian when abroad.

Corey doesn’t shy away from thorny issues as he draws a brutally honest portrait of his country, outlining the good and the bad, the unflattering and the patriotic. Whether it’s politics or social media, race or pop culture, religion or reality TV, ‘America 51,,,’ digs deep into the roots of contemporary America, offering Corey’s insight on the contradictions of the United States and even some suggestions about what to do next.

Corey hit the New York Times bestselling author list with ‘Seven Deadly Sins’, ‘A Funny Thing Happened On The Way To Heaven’, and ‘You’re Making Me Hate You’ and his latest 256 page manuscript promises to be the Grammy-winning lead singer of rock bands Slipknot and Stone Sour. He splits his time between Iowa and Las Vegas.

Corey recently spoke with Canada’s Exclaim! and was asked what, in his opinion, everyone shoud shut up about?

“Oh, man. I’m sure people would have the same thing to say to me — a ton of things that I should shut up about. I think, especially in America, people should stop bitching about what Trump and the Republicans are doing and just start doing something about it. It’s that simple. You either do something or shut the fuck up.

“And a lot of people would maybe disagree with that, saying that by saying something that they’re raising awareness. No, not really. What I mean is if you’re going to keep talking, say something constructive. Try to find ways to get people on your side and get them to see, because there’s a lot of mental blockage going on where people just don’t want to hear it, because they don’t trust the source.

“I think more people need to get on the right page and stop with the constant rhetoric, and start really constructively collecting themselves and getting themselves together and organizing and start working these fucking people out of office. That’s the only way that this shit is going to stop.

“It’s a big part of what my book is about — trying to get people back on the same page, because I think the majority of people are more likeminded than we allow ourselves to think, but because we allow politicians and extremists to speak for us, you never hear that. We forget and we never acknowledge that.

“So my book is more about getting people to the middle to talk and less about standing against walls and screaming over the top of everyone.” 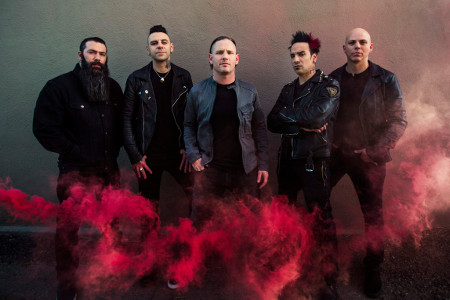 Stone Sour hit the UK later this year and recently added a second London date due to heavy demand.

Support comes from The Pretty Reckless and tickets are available right here.

COREY TAYLOR’S PROVOCATIVE NEW BOOK, ‘AMERICA 51’, DUE OUT IN AUGUST 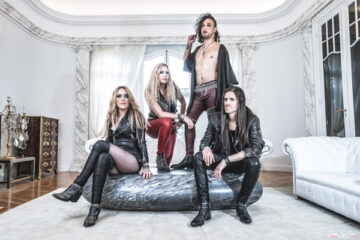