Corey Taylor / ‘CFMT’ providing relief against the angst of the World

With divorce, double knee surgery and the “purge” of Slipknots sixth album, ‘We Are Not Your Kind’, you can only imagine what has been spinning around in Corey Taylor’s mind the last year or two.

And, let’s not forget, with pandemics, wild fires and Trump all banging around in the news, the time was ripe for Taylor to really let it all off his chest.

But, with the fantastic curveball of ‘CMFT’, any emotional baggage has been thrust to one side, probably left in a cupboard at the studio entrance and Taylor has produced an upbeat album of good time Rock and Metal that just oozes fun. 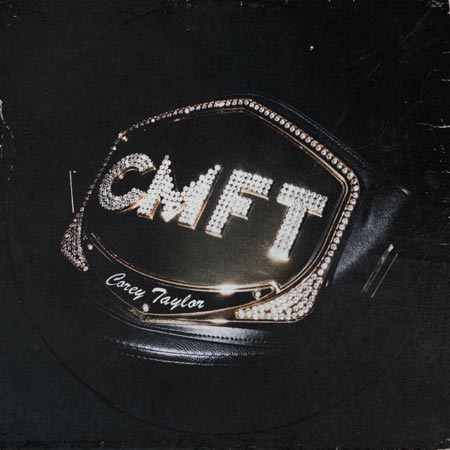 Alongside Taylor, guitarists Christian Martucci (Stone Sour) and Zach Throne, drummer Dustin Robert and bassist Jason Christopher, sound as if they had an absolute blast recording this.

Opening with recent single ‘HWY 666’, the track covers Outlaw Country, Punk and Hard Rock and talks about Taylor outrunning his demons – “I just laughed and waved goodbye, cuz the Devil let me down…”.

The track is followed by ‘Black Eyes Blue’, a warm-hearted slice of up-tempo gold, with glorious harmonised chorus and excellent guitar outdo work. These words were surely written by a passionate, happy man…. in love and happy with his lot.

‘Samantha’s Gone’ talks of cash-grabbing women and leads into ‘Meine Lux’ and it’s opening declaration, party style chants of “Miene….Meine…”. Taylor tells us to “Keep turnin’ the music up louder….I wanna get to know a little more about her”, which, for me, sealed the deal on what we were going to get from the rest of album. A kick-arse party.

Tracks such as ‘Silverfish’ and ‘Home’ ooze ballad class. The former is majestic, as acoustic guitar and Taylor’s iconic voice lead the way into a tasty guitar solo, while the latter is a piece of solid gold piano/string/voice, reminiscent of those classic 80’s hair days.

‘CMFT Must Be Stopped (feat. Tech N9ne and Kid Bookie)’ is wacky and total fun. The track fuses Rap rock, Hard rock and plenty of riffs and perfect NSFW lyrics.

Corey Taylors says: “That song is all based around a sign that is on every European tour bus bathroom, and the sign says, ‘Please do not put paper in toilet, please use the bin provided.’

“So you find yourself in the bathroom, at night, and maybe you don’t have the best bus driver, he’s weaving all over the goddamn road, you’re trying not to get piss all over yourself, and you’re staring at this sign and you find yourself spelling the words and writing a song to the rhythm or the spelling that you’re using.

‘And then you end up writing music around that, and all of a sudden you’ve got a hardcore punk song called ‘European Tour Bus Bathroom Song’.

“And then you sit there and I wrote that song 12 years ago, and you end up going, ‘Some day I should f**king record that, because I bet it would sound awesome.’

And here we are, indeed.

The album is not a selection of Slipknot or Stone Sour style songs, of course.

What it is, is a fascinating and excellent party album. One which, in these terrifying times, should be played loud and shared with your (socially distant) friends.

To immerse yourself in CFMT is a joy, providing some temporary relief against the angst of the world. 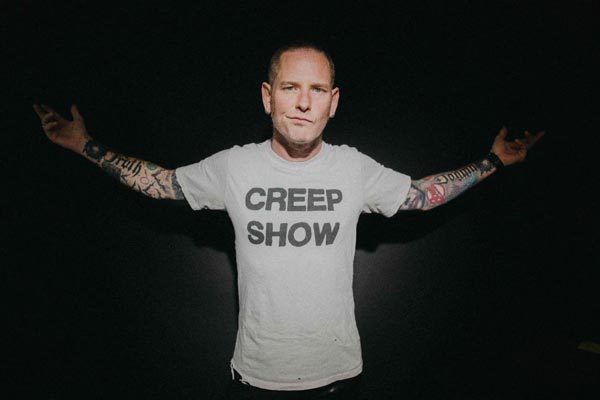 The Sunday Supplement / Snowy White talks 'Something On Me'

Corey Taylor / ‘CFMT’ providing relief against the angst of the World