Bushido Code / The Ronin is an end to end winner

Pennsylvanian Crossover/Thrashers Bushido Code are back to their roots for their debut studio full length ‘The Ronin’. It follows their two previous EP’s, 2018’s ‘The Dying Virtues Vol.1’ and ‘The Dying Virtues Vol.2’ which followed in 2019, and they continue to delver their engaging meld of Death Metal, Thrash and Hardcore.

The name Bushido Code stands for the eight principles/virtues of the Samurai. The two previous EPs featured tracks inspired by each of those principles and this album contains two of those; the final two tracks, the fist pumping, convolutedly complex ‘Loyalty’, a version of which featured on ‘….Vol. 2’ and ‘Benevolence’, with its up-tempo drive and impressive dynamic melodic breaks, a version of which featured on ‘…..Vol. 1’.

‘The Ronin’ tells the story of Da Shi, a Ronin Samurai who has travelled through time, looking for a warrior worthy enough to help him achieve the most honourable sacrifice, death. However, no demon or saint has been worthy enough yet. 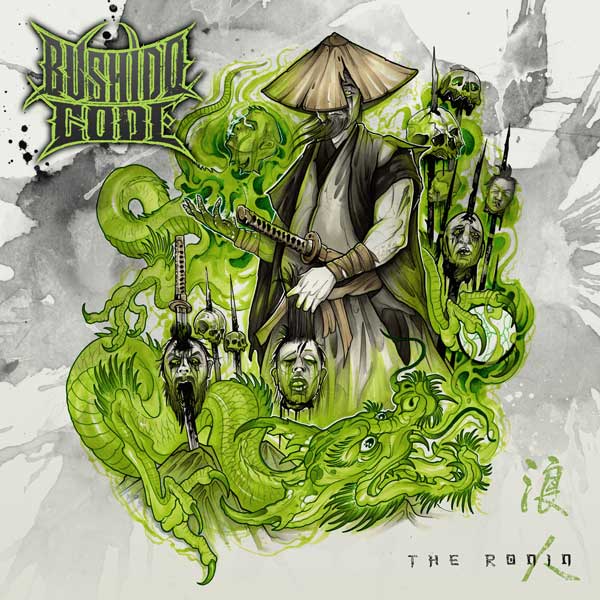 Lyrically, it is very powerful and profound, and there is clear definition to the rugged gritty vocal delivery. The crunchy riffs meld with haunting melodic segments and opening track ‘The Ronin’ is an utter beast in that department, encouraging you to listen further. With the tracks sufficiently varied in pace and well convoluted in construct, the result is hugely engaging and enthralling, and it holds your interest to the very end.

Midway you get an atmospheric instrumental which is clean and reflective, building as it progresses, to set you up mentally for the second half of the album.

As far as favourite tracks go it is a hard choice and I thought I knew the answer, but when I took a further listen to try to refine my decision, I realised I could not possibly choose between the previously mentioned excellent tracks or the punchy and powerful ‘Aftermath’. With its superb melodic punctuation, slick direction and tempo shifting, the tempo drops away only to rise up in a swathe of powerful leadwork.

Then there is ‘Stench of Cowards Rot’, a thrash rich driver with hefty hardcore chunks dropped in for good measure, with a superb vocal delivery, especially the spoken element. Also ‘Relic War’, a Death Metal-tinged, brutal hardcore chugger. Also ‘1600’, a beautifully powerful and haunting track that is hugely impactful from a lyrical perspective.

Not forgetting ‘Harvest’, an engaging thrashy driver with hardcore flavoured choruses even taking a slight technical turn with the second half riffs, and an exhilarating closing chunk of leadwork.

So, no favourites. For me this is an end to end winner!

‘The Ronin’ is available at upstaterecords.bandcamp.com/album/bushido-code-the-ronin

Bushido Code / The Ronin is an end to end winner 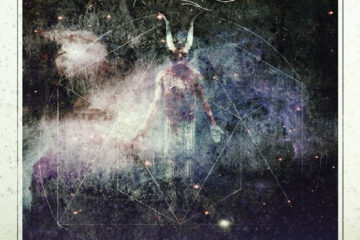