I love it when a band totally surprises me and New Zealand based Black/Thrash Metallers ‘Bulletbelt’ have totally done that with their fourth full length ‘Warlords’.

Bulletbelt were not a band I was familiar with until I heard this latest release and it has totally stripped away every expectation I had as to how it might sound – I’m utterly blown away by this album. It takes a slightly different emphasis on Black ‘n’ Thrash to the one usually taken.

‘Warlords’ is a nine track, thirty-nine minute offering that is exceptionally engaging. This is the band’s first with new vocalist Paul Roberts and he delivers a high acerbic and emotive blackened scream which reminded me of Mikko Kotamäki’s delivery on the Alghazanth 2011 release ‘Vinum Intus’

This was especially so on the fourth track ‘Herodian Kingdom’, just to give a comparison.

It sits very well with the abundance of leadwork and driving rhythms and there is a big emphasis put on hooks and choruses, with well thought out composition and imaginative riffs. Overall, this is a winning, very uplifting combination.

Lyrically there is a lot of historical inspiration which also may inspire the listener to delve deeper themselves into certain aspects touched on here. 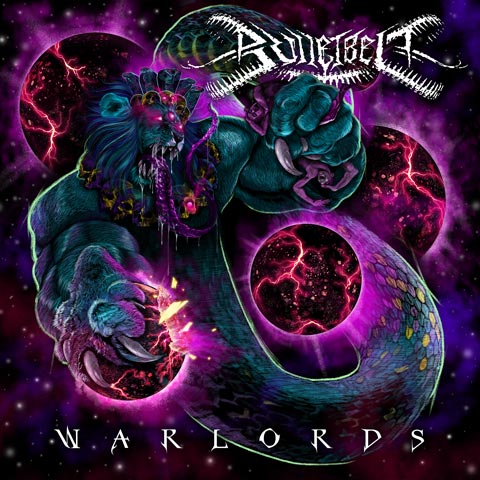 Opening intro ‘Destroyer of All’ won’t actually destroy anything. it is purely there to lull you into a false sense of safety, leaving you wide open for the brutal onslaught that is the first actual track ‘Impaler’.

‘Impaler’ is a dark and intense, slick switching galloper of a track with an exciting burst of very precise leadwork in the second half, all of which determines the trajectory of this album. You cannot fail to be impressed at this point.

No time is wasted before getting to the Thrash rich ‘Punishment of God’, with its dark groove and snappy lyrical delivery and more great leadwork.

The slower, darkly emotive seven-minute monster, ‘Herodian Kingdom’, had the hair standing up on the back of my neck. It is that powerful. It also boasts sublime second half leadwork and, as a result, at this point I began to hope that every track did.

‘Blade on the Fire’ is an exciting driving track with a great chanting chorus and sexy bass lines coursing beneath, adding a lovely texture and depth. The vocals have superb protraction to their delivery and the repeat riffs and rhythms could not get any catchier if they tried.

And yes, there is second half soaring leadwork!

‘Flames of Hell’ is diabolically sinister to open, painting a Hellish imagery, ramping up to a punchy dark Thrash delivery, with leadwork that emerges in the second half like the licking flames of Hell.

The reflective clean opening on ‘Boudicia’ expands into a dark thrasher sound, with deeper vocals added to the dominating higher ones. I love the second half guitar melody which has an almost folky tinge to it, managing to be catchy without being weird and widdly.

‘Mutilate and Destroy’ is another punchy driver of a track, a tasty chunk of Black ‘n’ Thrash with, yes, you’ve guessed it, a lovely swathe of leadwork in the second half.

‘Warlords’ is an end to end superb listen. If you like one track you will like them all.

I can not finish without mentioning that the rather superb, vividly eye-catching artwork is designed by New York artist David Harrigan (Scarecrowoven), which, in retrospect, was a bit of a clue as this how this album would sound; brutal, complex and superbly attention grabbing.

‘Warlords’ is out now on Impaler Records.

Sinner's Blood introduce themselves with 'Kill Or Die' 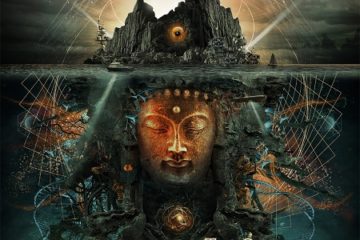