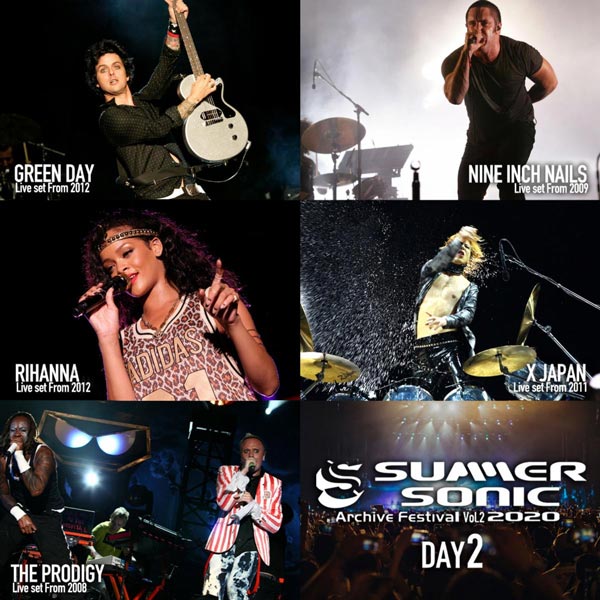 This years Summer Sonic festival, usually held in the Japanese cities of Osaka and Chiba, will see several legendary past performances stream live on 22-23 July.

X Japan’s appearance at Summer Sonic was part of the group’s world tour which took them to Asia, Europe, South America, and culminated in New York at Madison Square Garden.