The Heavy Metal faithful were out in force early this morning, the worse of yesterday’s mud appears to have been hoovered up, ready for a fresh batch, and we have a packed day ahead. There is a buzz in the field for Parkway Drive who are headlining the Ronnie James Dio stage this evening, but plenty to enjoy before then. 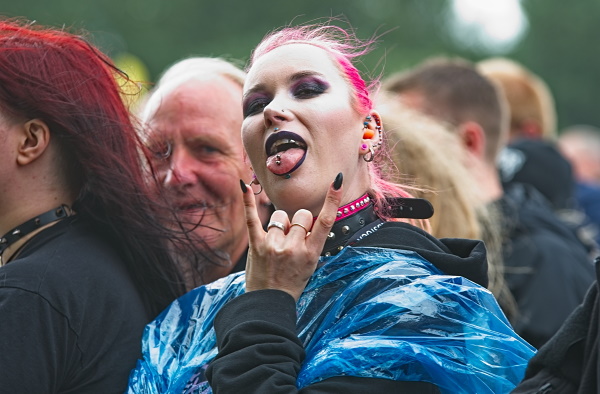 Those in the arena at opening time were hugely entertained by Krysthla, a move up to the main stage following their last appearance here in 2016. There’s nothing quite like a bit of extreme Metal to wash your breakfast down with. 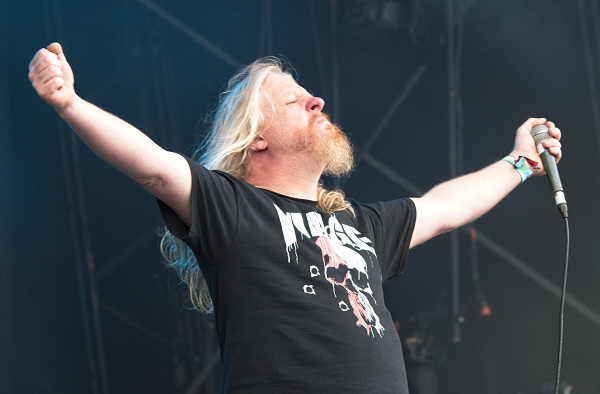 Talking of which, the food traders are keeping everyone fed and watered well, and there’s a constant queue outside Mötley Brew for Metal themed beverages and a decent biscuit. There’s so much more to Bloodstock than the bands, and for those wanting to get active there’s plenty of opportunity.

You can try your hand at axe throwing in the Viking compound, you can be spun around until you feel sick on the fairground rides, and let’s not forget the Heavy Metal lifting competition. Here, burly men and Amazonian women compete against the clock and each other to hurl massive heavy sacks over a high frame. 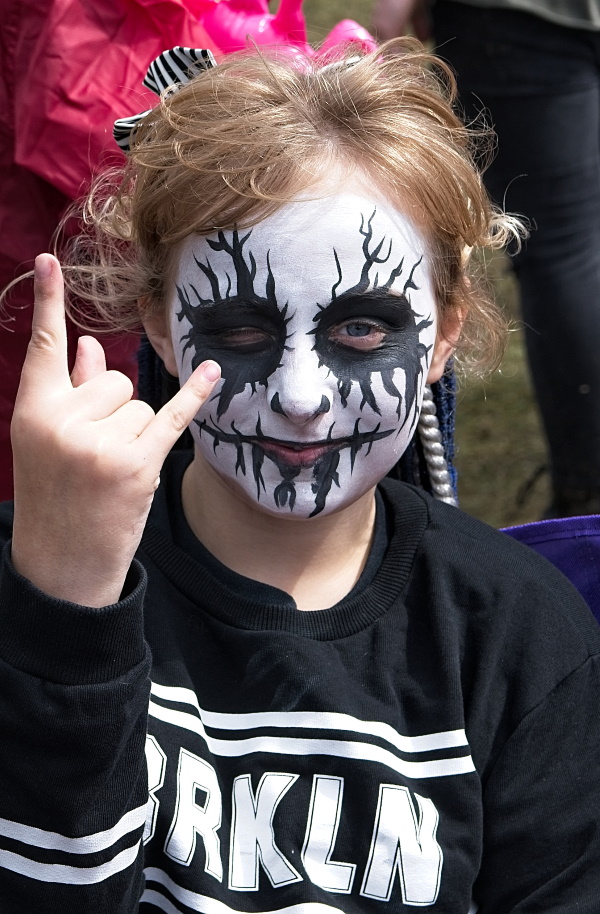 Over on the Sophie Lancaster stage, Bulgaria’s Odd Crew declared that they had been hired to wake everyone up, and threw all their efforts into doing so, getting the crowd jumping to the title track of 2015 album ‘Mark THese Words’. While this was happening, the energy continued to be ramped up on the main stage as Cancer Bats delivered a thunderous slice of Canadian punk. 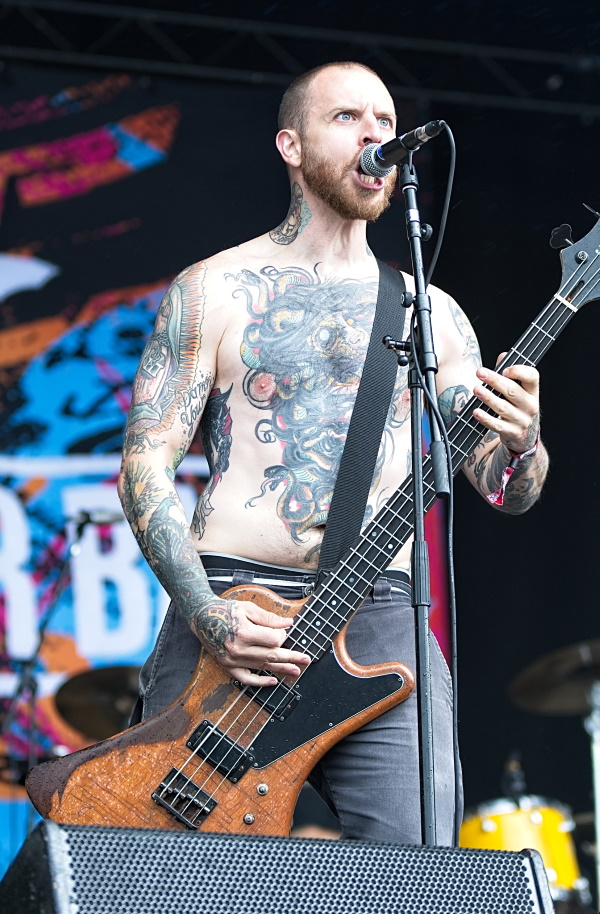 Swallow The Sun followed, rather ironically as it turns out as the sun has made its first appearance of the day. The Finns did their best to bring doom and despair to the feel, but there’s plenty of beauty here too, as a contrast. 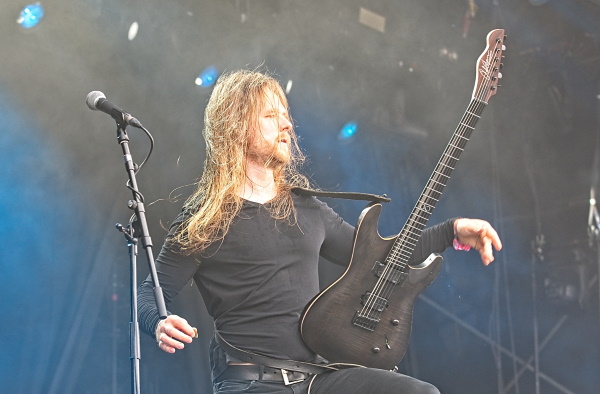 Evil Scarecrow – the self-declared Blue Peter Metallers – always draw a huge crowd here, and bring a sense of occasion with their exuberance and home made style.

This afternoon a very special guest was welcomed to the stage – twelve year old guitarist Alfie Wood, as honorary member for the day, who received a massive welcome with the crowd chanting his name – and he’s an absolute powerhouse on guitar. 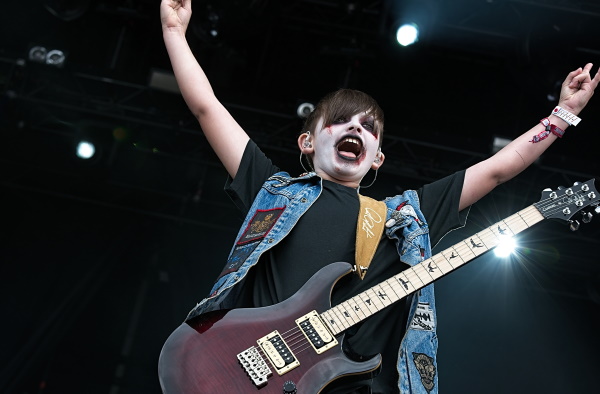 Dr Rabid Hell gleefully announced he was going freestyle for the next song, yelling “How many robots are there out there?” before blasting into the legendary ‘Robototron’. Everyone’s joining in with the robot dance, Alfie is more than holding his own, it’s a perfect festival moment.

Alfie can be seen again tomorrow on the Serpent’s Lair VIP stage, with his band The Lost Boys. Dr Hell roused the crowd for a last cheer, before dispatching him back with a cheery “Get off my fucking stage, you little bastard” as Evil Sarecrow continued their domination with a brutal ‘Skulls Of Our Enemies’, complete with monsters, or knights, or something. 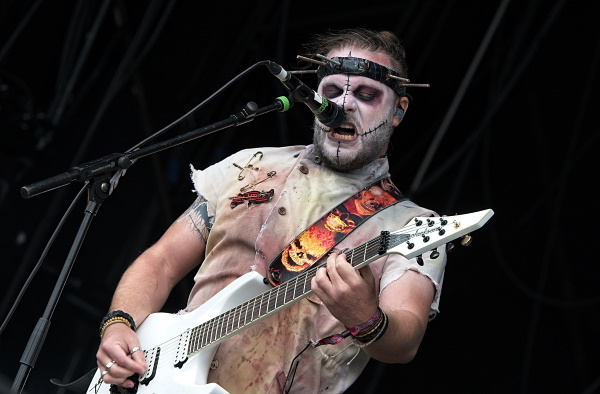 We are ready for some chips after that, be back after refuelling with The Wildhearts, Anthrax and much more… 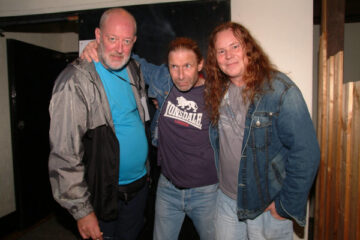