Orden Ogan made us believe that we should die for the things we believe in with an utterly rousing set on Bloodstock’s Main Stage this Saturday early afternoon.

The German Folk/Power Metallers won over a whole legion of new British fans with powerful renditions of anthems from 2017s ‘Gunmen’ album and selections from their ten-year, five album discography.

Captain Yarrface and Captain Bowes from the good ship Alestorm have arrived and they carried with them a stowaway, a very hairy stowaway indeed, who goes by the name of Krusher ‘Rough Dog’ Joule.

As well as introducing Alestorm onto the Main Stage at 5.30pm, Krusher is also exhibiting some of his Heavy Metal works of art in the Bloodstock RAM Gallery and the hairy old hippie told us:

Krusher: “I am very honoured and privileged to be invited by Paul Gregory to exhibit in the RAM Gallery at this year’s Bloodstock.

“I am showing several of my original Ozzy pieces, I’ve got two prints on sale and I am also showing the original lyrics to ‘All The Aces’ from Motörhead’s ‘Bomber’ album, which was a gift from Lemmy.

“Also, recently, I have launched www.krusher.shop, where many of my limited edition cards, prints and t-shirts are available.

“I’m looking forward to introducing Alestorm later in the day. Now leave me alone you bastards – I’m off to the bar!” 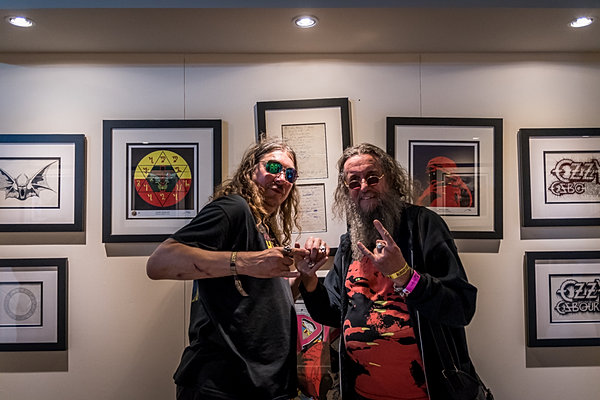 On that note, the aforementioned pirate captains, Bowes from Alestorm and Yarrface from Rumahoy, were causing mayhem in the backstage area.

We decided to drop Voyager in it and told Captain Christopher Bowes what Daniel had said about the duck. “Well… I don’t see them with a rubber duck, there’s no contest really is there?” Quite.

Venom Inc. blasted the Main Stage being the brutal force of nature that they are. Anyone doubting that this band are Metal as fuck needed to hear Jeff ‘Mantas’ Dunn tell the story of how eight short weeks ago he died in the back of an ambulance and was resurrected, had emergency heart surgery and is here not just to tell the tale, but to perform with the same intensity as before. Respect, brother. 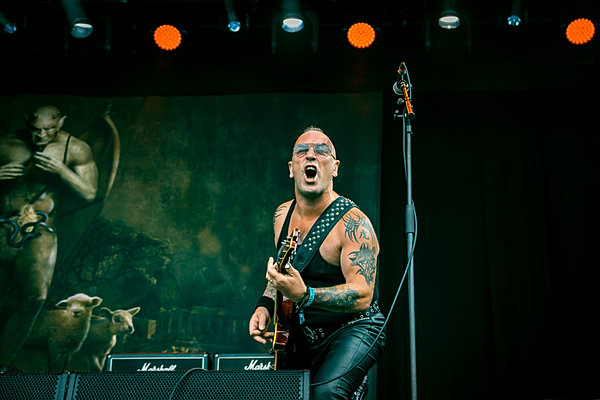 While the Editor was distracted we took the opportunity to check out the wonderful team at Motley Brew (he doesn’t approve of non-alcoholic drinks while at work).

This year marks the debut of the coffee produced by Megadeth’s Dave Ellefson, Roast In Peace. Verdict – full-bodied, aromatic and the perfect reviver for those of us that woke up dead.

We are about to go and experience Mel from Aonia’s light-up corset, in the meantime enjoy a few more action photos from John Inglis: 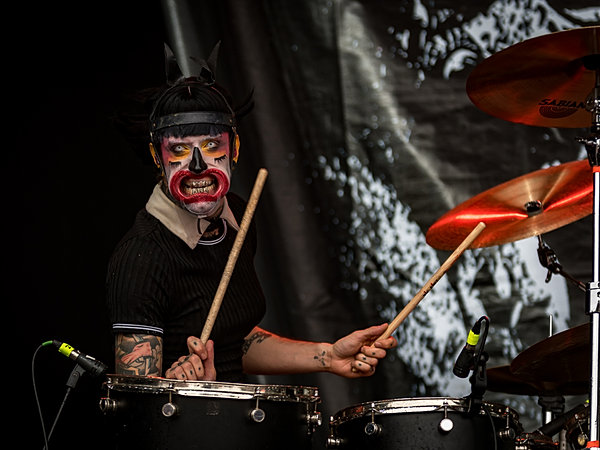 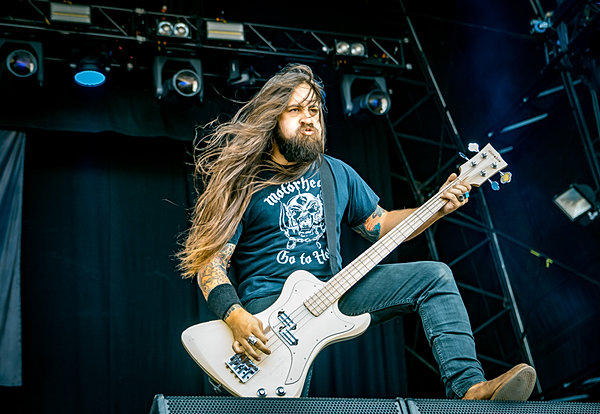 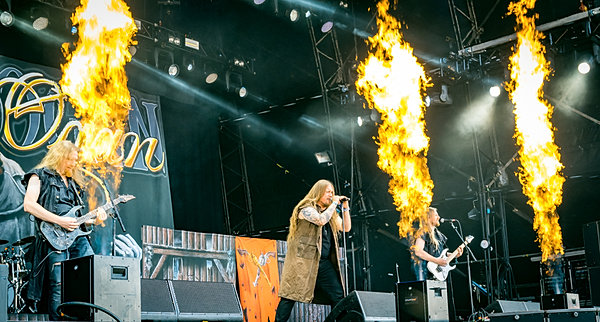 THE EGO HAS LANDED AS DANZIG RETURNS TO GLASGOW'S BARROWLAND BALLROOM

MICHAEL SCHENKER FEST RELEASE 'TAKE ME TO THE CHURCH' VIDEO