Of course Covid means that like the rest of the music world, the mercurial Ms van Giersbergen can not pack her suitcase and head off around the world to promote the album, so the only option right now is an online event.

Billed as a virtual album release experience, this was more than the standard kind of live acoustic broadcast we music fans have got far too accustomed to seeing over the last year. There was a mixture of pre-recorded live acoustic songs, music videos and a variety of tickets available, ranging from access to the broadcast for a few days, to bonus songs and even an online chat with the star herself.

A year of watching live music sitting in my living room has left me weary of the format, so I was a little nervous tuning in to the initial live broadcast to see if this was something that Anneke’s famous charisma could overcome.

There was a short spoken intro and then we were straight into new tune ‘Soul Knows’.

Comfortably settled in a pretty, faux living room set, the stripped down nature of this performance worked beautifully.

The sound was wonderfully well mixed so all the nuances of that gorgeous voice and her often overlooked acoustic guitar playing were there to be heard.

The format soon became clear that each song would be introduced with a quick screenshot of the title and presented almost as little vignettes. Each of the new songs fitted the format well with the highlight of those being a version of ‘Losing You’ where she got backing from her sixteen year old son Finn. The look between them during his nicely executed solo was just joyful to see.

The other acoustic performances included tracks from her extensive back catalogue, like a marvellous ukelele backed rendition of The Gathering’s ‘Strange Machines’ and an unexpected rendition of ‘Mental Jungle’ from the ‘Drive’ album.

This talented lady can turn her hand to any kind of music it seems, so the enchanting cover of Audioslave’s ‘Like A Stone’ is something I have heard her do before, but King Crimson’s ‘Starless’ was a left turn I did not expect at all, and a fabulous turn it was. Stunning stuff.

Alongside the acoustic performances, videos of songs from ‘The Darkest Skies….’ were included, though I think only ‘The End’ was not already available to view on YouTube. 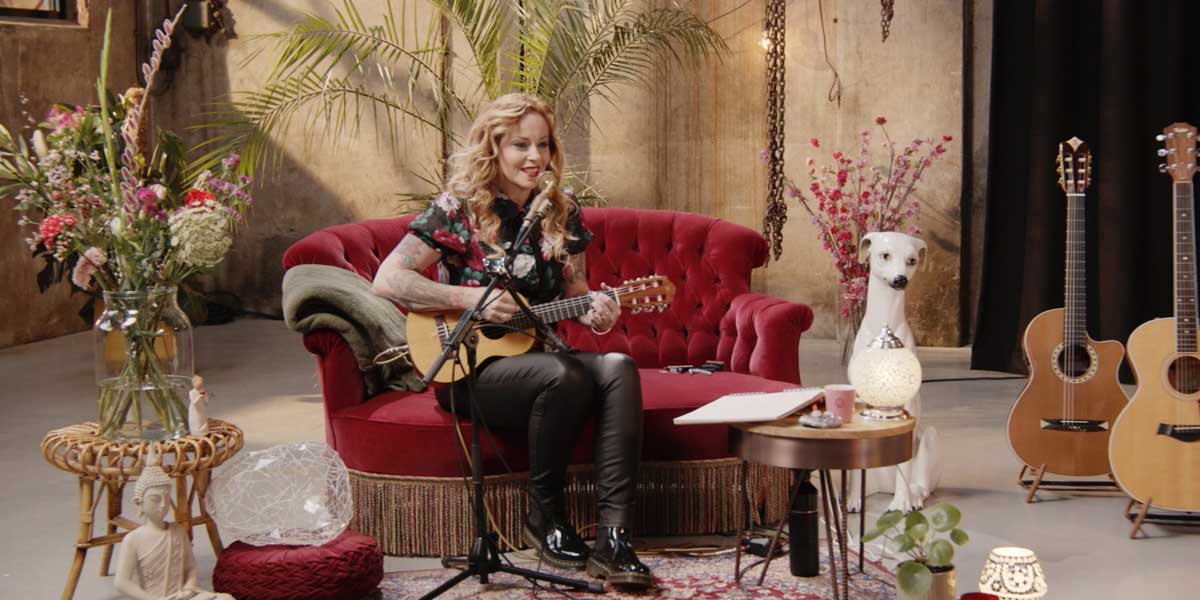 As this was a pre recorded event, I saw that Anneke herself was able to interact with fans on the accompanying chat feature, which I thought was a nice touch.

The hour long show finished with a spoken outro from our host.

She is a brilliant exponent of the live acoustic performance, one of a rare breed who can hold your attention with just a guitar and a voice. This event reached out through the screen here, so that I definitely felt engaged and that I was doing more than just watching a computer.

I did miss her between song chat though and I had been hoping that we could have got some detail from her about how the new songs were written and their background and so on. I guess we will have to wait until the actual tour.

Once again Anneke van Giersbergen has shown that she is simply one of the best live performers in Rock music, even when limited to the virtual world. She is unstoppable. 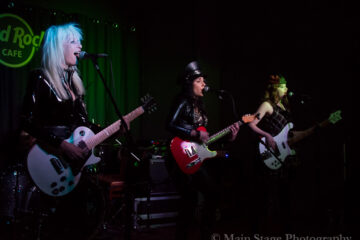