Alter Bridge have announced that ‘Walk The Sky 2.0’ will be released 6 November, via Napalm Records. The E.P. features the new song ‘Last Rites’ which was written during lockdown, along with six live tracks.

Having had their most of their 2020 schedule cancelled, Myles Kennedy, Mark Tremonti, Brian Marshall and Scott Phillips began working on ideas for a new studio song, as well as revisiting live recordings from earlier in the year.

This new original recording, ‘Last Rites’, is included with their favourite six live tracks in the new E.P. ‘Walk The Sky 2.0’.

The album will also be available in a digital bundle with the original Walk The Sky and Walk The Sky 2.0 EP together, as well as a limited edition 2-CD Earbook with both versions included (Napalm Records Mailorder only).

Here is their new single, ‘Native Son’, taken from the ‘Walk The Sky’ album.

DarWin / 'A Frozen War' set for November release; Watch 'Nightmare Of My Dreams' 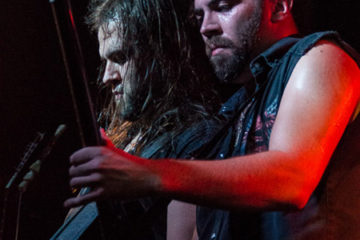