There’s simply no denying the iconic status of Alice Cooper. Those who know his music are aware of the impact he has had on the industry and those who don’t know still know his name and likeness. Marilyn Manson may have dominated the shock rock realm in the nineties but it was Alice who had paved the way for acts to follow decades earlier.

Tonight he brings his infamous stage show back to the UK in the form of the ‘Ol’ Black Eyes Is Back’ tour. Cooper’s influence on the music scene is apparent purely in the variety of fans in The O2; ageing rockers and their kids all the way to those who would look more at home at a Nile concert. This rock icon has crossed both generations and genres. 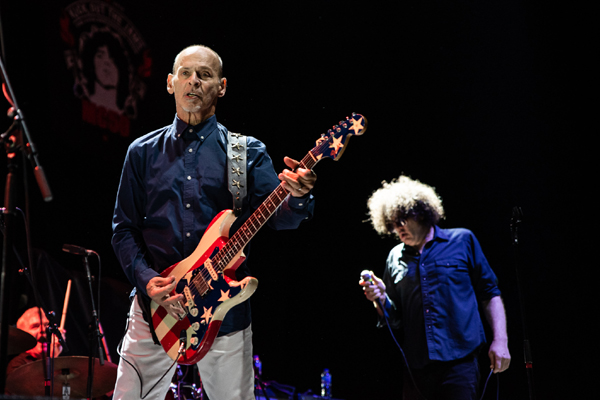 Opening up the night are MC50, the anniversary supergroup of Wayne Kramer’s MC5 from Michigan. The original band were Cooper contemporaries in Detroit’s late sixties rock scene, albeit playing a rougher, almost proto-grunge style.

With noisy guitars, a political message and garage rock approach, their set is a welcome alternative from the extravagance to come. 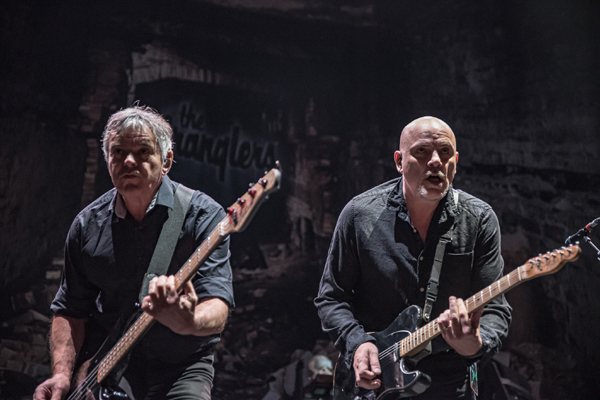 Looking around the venue, another thing also becomes clear – a lot of the audience are here for London punk rockers, The Stranglers. From their opening song, their eclectic blend of surf rock with ragtime like keyboard parts is very recognisable. Their early influences such as The Who and Iggy Pop are clearly apparent in the keys and an irreverent vocal style.

Edging on ska at times, the friendly yet comical demeanour from frontman Baz Warne makes them a pleasure to watch. While the first couple songs suffer from slightly muffled keyboard sound, by the time the band break into ‘Golden Brown’, the performance hits a stride with the crowd illuminated in dark yellow tones. Their tongue in cheek tunes interwoven with some more introspective songs such as ‘Relentless’ and its almost Pink Floyd like atmosphere make for a captivating whole which keeps The O2 interested and fascinated in equal measure. 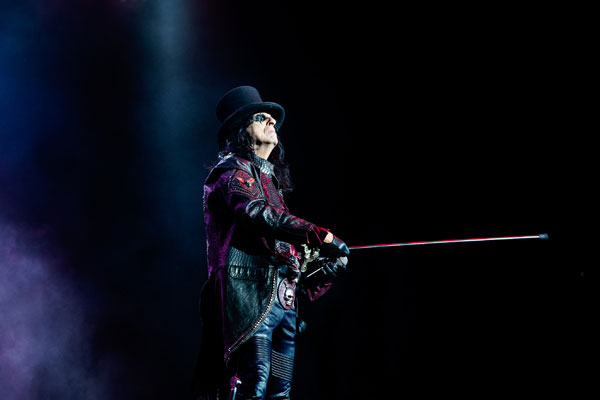 Following an introduction that sounds like a sample from a black and white horror flick, the curtains drop for opener ‘Feed My Frankenstein’ in which Alice Cooper’s band burst onto the stage in front of a castle set complete with lanterns.

With a line-up consisting of Ryan Roxie, Nita Strauss, Chuck Garric, Tommy Henricksen and Glen Sobel not a note is out of place and the energy elevates the setting into a spectacle akin to a musical. 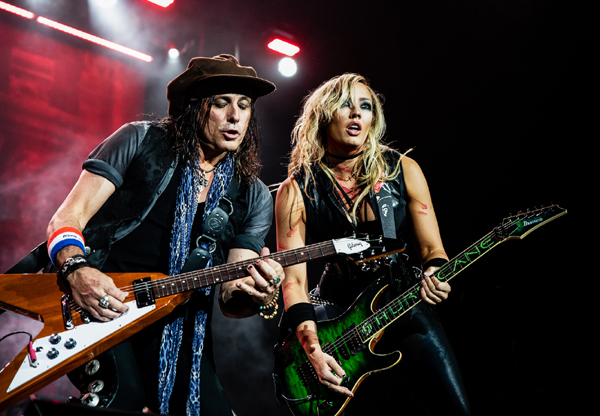 The legend himself then emerges from behind large wooden doors, cane in hand like a circus ringmaster, and with his distinctive gruff vocals claws through classics including ‘No More Mr Nice Guy’ and ‘Bed Of Nails’. Theatrical to his core, Cooper engages in a duel on harmonica against the guitar and even sports some suggestive maracas during ‘Muscle Of Love’ while ‘Poison’ gets the crowd up and singing along with that immeasurably memorable chorus.

The middle of the set gives the band a chance to shine with a guitar solo and drum solo showing off some impressive skills, then with their charismatic leader back in place the set continues with props galore, from a crutch replacing his signature cane for ‘I’m Eighteen’ to giant Frankenstein monsters and even a doll baby. 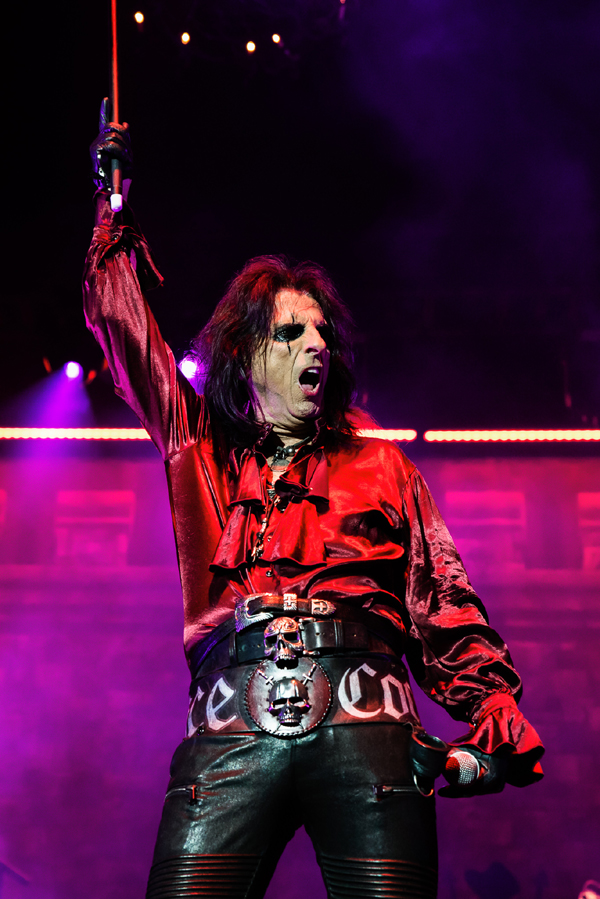 The on-stage monster that is Alice Cooper has to meet a sticky end though, and this time it’s the infamous guillotine which enforces a thankfully temporary death sentence prior to an inevitable encore.

It’s not hard to see how Alice’s extravagant stage show and timeless music has influenced performers from all sides of the music industry, be it Lady Gaga, Andrew W.K., Cannibal Corpse or Ghost. There is only one true master of the dark theatrical rock arts though and tonight’s show just confirmed it. A diabolical gig, but in a good way! 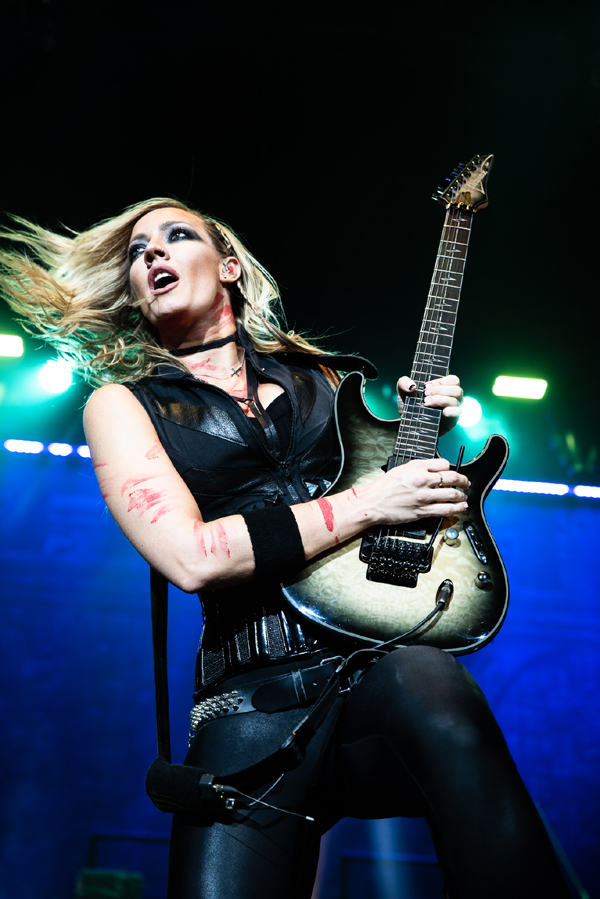 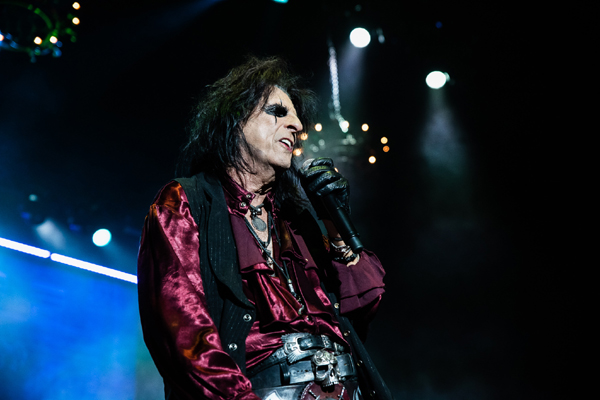 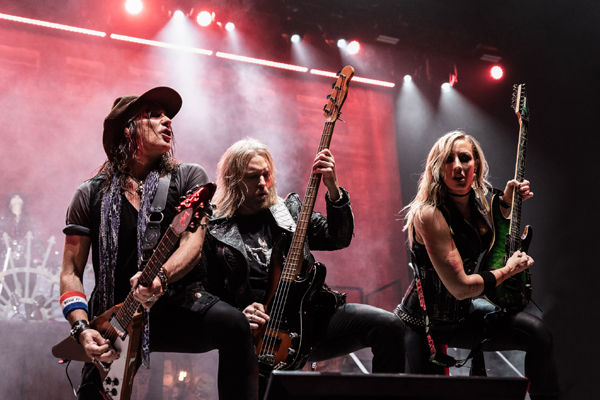 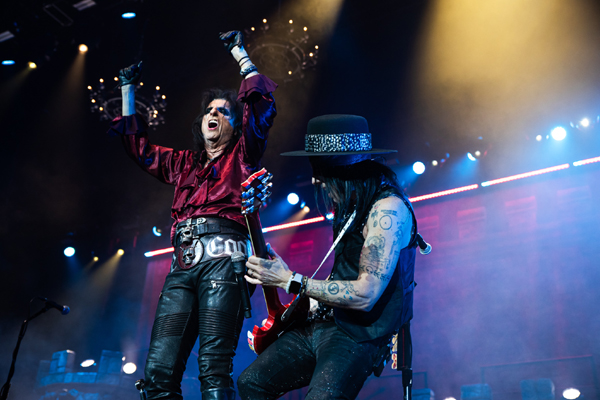 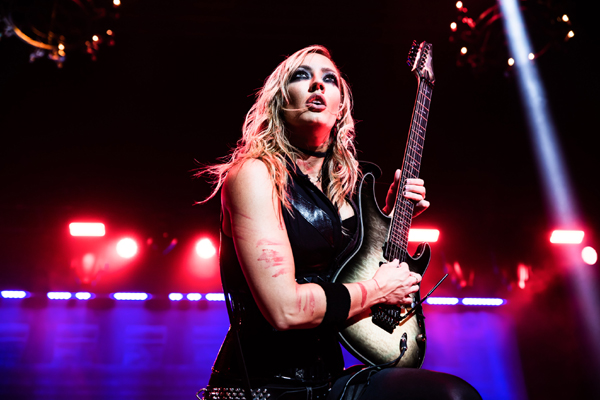 The Sunday Supplement / Win a copy of Sabbath's 'Paranoid at 50'

Steve Hackett / 'Live At Hammersmith' is an absolute dream