Albert Bouchard, founding member of Blue Öyster Cult, will release the next part of his Imaginos trilogy on 21 October 2021. Imaginos II – Bombs Over Germany (minus zero and counting) continues the story of an alien conspiracy brought to fruition during the late 19th and early 20th century through the actions of Imaginos, an agent of evil. 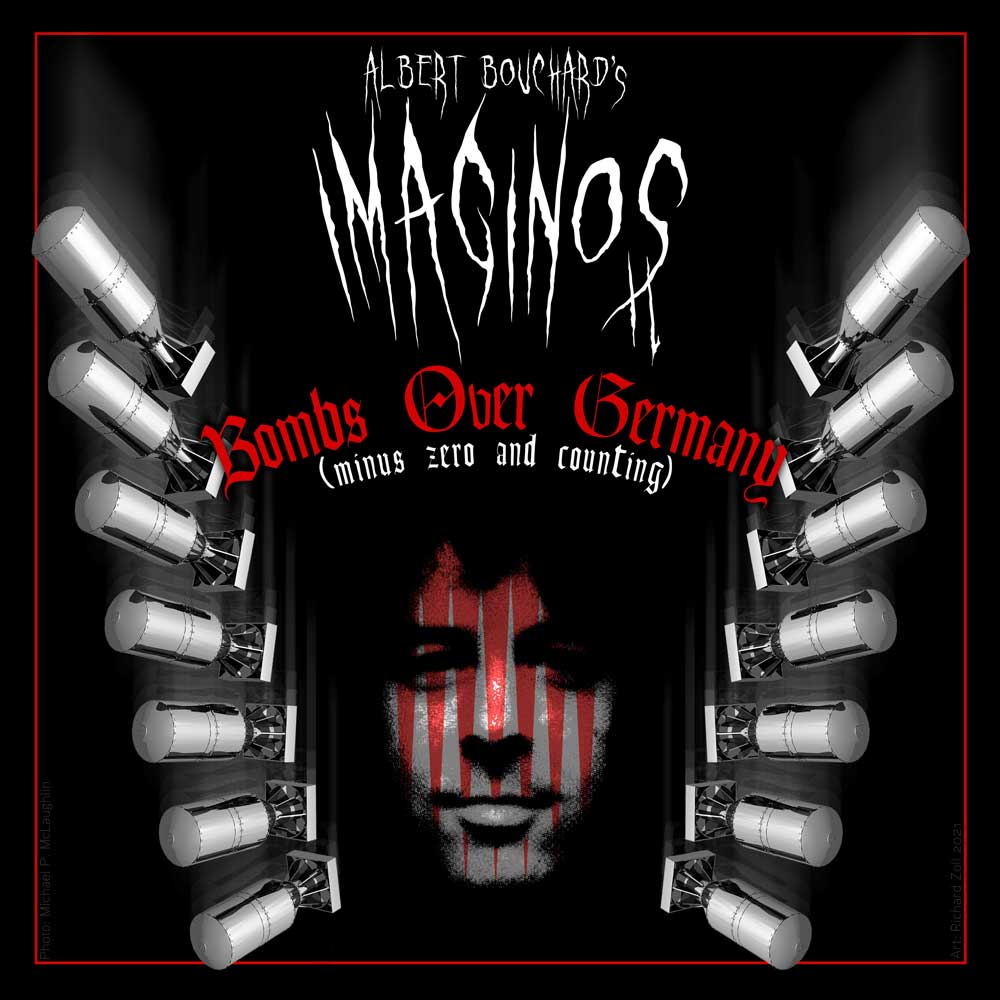 “The lyrics return to the original lyrics written by Sandy Pearlman, much less sarcastic and much more spooky. The track reflects that change with a simpler and more spacious arrangement with just acoustic guitar, mysterioso guitar, violin, drums and bass. The stand out lyrics are ‘Don’t you fear this trade in lives’ and ‘This wedding by heaven was made up in hell,’ which portend to the darker nature of this second act in the Imaginos saga.”

Imaginos II features reworks of classics like Cities On Flame With Rock And Roll, The Red And The Black, and Dominance And Submission,

Limited edition bundles can be ordered from merchbucket.com/collections/albert-bouchard

1. When War Comes
2. Independence Day
3. 7 Screaming Dizbusters
4. O’D On Life Itself
5. II Duce
6. Bombs Over Germany
7. Before The Kiss (A Redcap)
8. Three Sisters
9. Quicklime Girl (Mistress of the Salmon Salt)
10. The Red and the Black
11. Dominance and Submission
12. Shadow of California
13. Cities on Flame (With Rock and Roll)
14. Half Life Times