Those venomous French Death Metallers Akiavel return with their second studio album ‘Væ Victis’, the follow up to the 2020 release ‘V’.

They have not wasted any time, or rested on their laurels, after their previous success. On the contrary, guitar player Chris explained “When the pandemic hit and all our shows were cancelled, we adapted, becoming more creative and much more brutal in our music. We are very proud of this album.”

And so they should be. ‘Væ Victis’ is so savagely acerbic it sears the flesh from your face as you listen!

It is one of the best albums I have had the pleasure of hearing so far this year. They have set the bar extremely high. 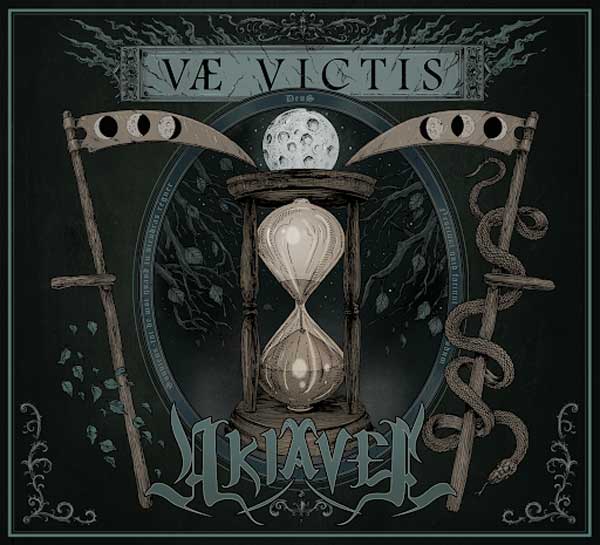 Woe to the vanquished

‘Væ Victis’ is a dark and twisted affair. A concept album exploring the depths of human depravity, delving into the darkest parts of the human psyche with brutal intent. It also translates as “woe to the vanquished”, meaning that those defeated in battle are entirely at the mercy of their conquerors and should not expect, or request leniency.The same goes for the listener.

Akiavel do not pull any punches with this release. It is a brutal offering, delivered over ten crushing tracks that span a chunky forty-minute duration, so sit back and prepare to be enthralled.

What makes this album so superb for me, is on one hand it has a modern, forward thinking approach to Death Metal, but holds on to essential old school standards, melding Groove, Thrash, Black and Old-School Death Metal, manifesting as melodic, but also brutal. Add that to the bands secret weapon, vocalist Auré, who Metal aficionados will know from her work on the 2014 Maniac release, ‘The Art of the Caiman’.

Auré has a seriously superb set of lungs and vocal chords. Her delivery is not just impressive for a woman, I suspect a good few men would give their right arm to have such an imposing delivery. Astoundingly deep, powerful, superbly intonated, she has excellent clarity of content whilst sounding very natural and unforced.

And when Auré is not growling, she pares back to a whisper which is, by contrast, even more unnervingly sinister.

The overall band sound is very tight and instinctive, with the guitars, drums and vocals working together like one huge beast.

Opening track ‘Frozen Beauties’ is an utter masterpiece, the haunting, building riffs draw you in and then the vocals go straight for the jugular, acerbically scathing and oozing vitriol with every utterance. Musically it is so intriguingly convoluted and varied you will be completely hooked from this point onwards.

If you like this track [see below], you will definitely love the whole album. I would be hard pressed to find a favourite track, but there are a lot of elements that pop up and grab you attention further; the haunting melodic undertone to the crunchy, punchy brute of a track ‘Bind Torture Kill’, the repeating sinister vitriolic whispered hiss of ‘…….You Become My Zombie’ (which sends a shiver down your spine) and the sheer range between voices from acerbic hisses, mid-range acidic screams all the way down to ground shaking growls on ‘Needles From Hell’.

Then there is the sinister intonation from just adding a child choir as backing on ‘Comrade’, and I love the extra emphasis of the bouncy groove on ‘Medium’. And, after so much growling, the bursts of cleans came as a surprise on the gritty driver ‘The Lady of Death’, adding yet another level and texture to an already full sound.

I love how the drum work blasts through, complementing the riffing, on the thrashy driver ‘Pentagram Tattoo’, while ‘Mommy I’m Capable’ unleashes the sinister whisper with unnerving effect. Finally, the punchy driver ‘Matrimonial Advertisements’ has a lovely dark and sinister undertone, with mid-point spiralling riffs which complement that excellent ranging vocal delivery perfectly.

‘Væ Victis’ will be available as digifile CD or limited-edition vinyl in two colours from akiavel.com/shop/ 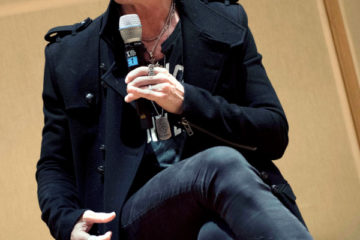