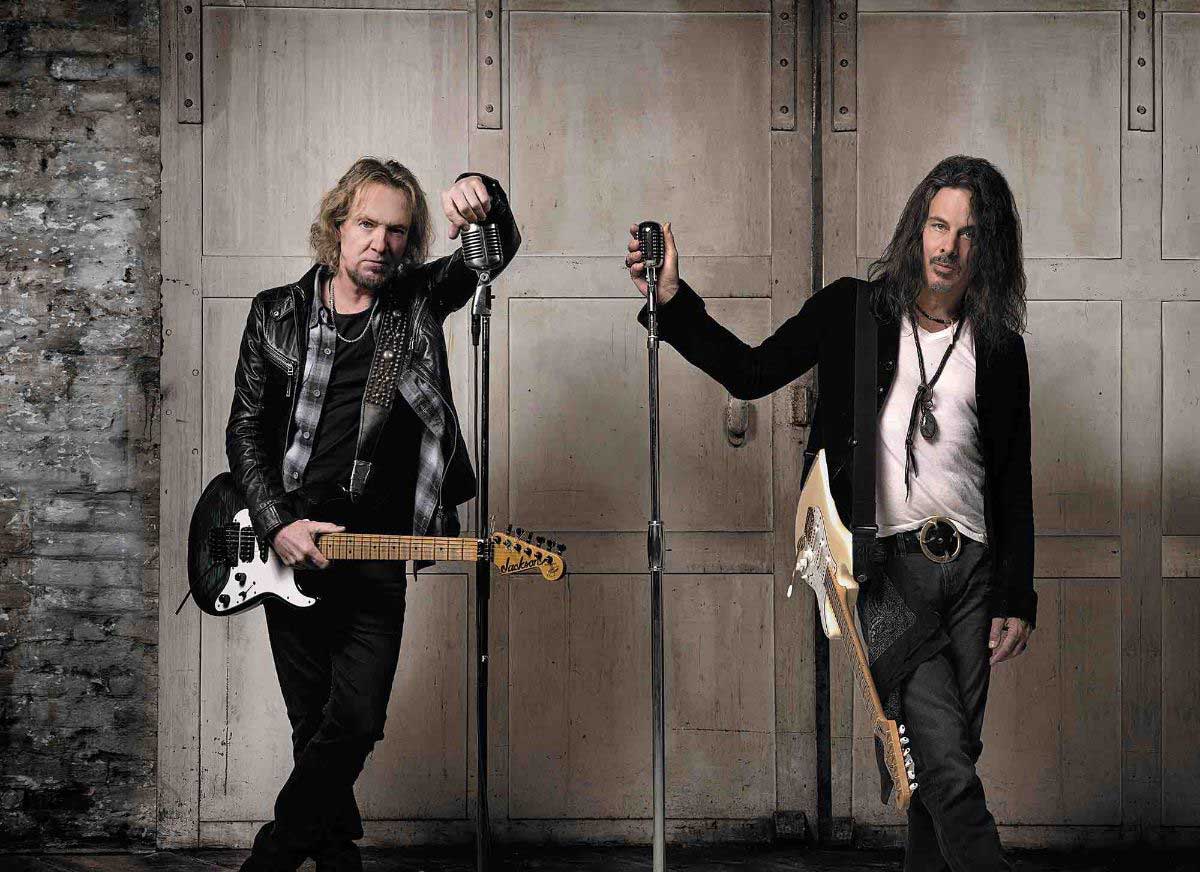 With their eponymous debut album not even a year old, Adrian Smith and Ritchie Kotzen have revved up their classic rock engines once again with Better Days, a chunky four-track EP.

With two tracks recorded during the album sessions in the Turks and Caicos Islands, Smith and Kotzen managed to cross frets in April at a studio in Los Angeles and cook up a couple of fresh tunes. 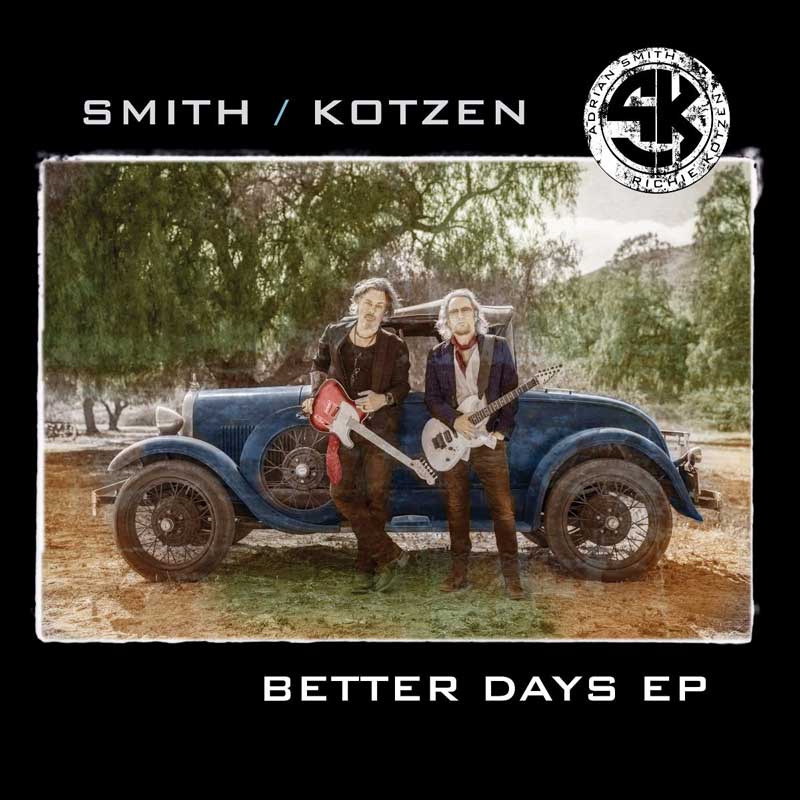 “When Adrian came over to LA earlier this year,” Richie said, “we got together and started throwing ideas around, and we very quickly came up with the new songs.

“Better Days almost seemed to write itself. It’s got a nice groove to it. Adrian came in with the riff, and we came up with a melody for the chorus together, pretty much working to the same formula we used when writing the Smith/Kotzen album, bouncing ideas off each other.”

Better Days is most definitely a case of “as you were”, with the four tracks elegantly delivering a bite-size masterclass in how to construct fulsome tunes with a simplistic philosophy. And in sticking with familiarity, Kevin Shirley returns to mix the Clapham/Pennsylvania duo’s latest batch of rich melodies and ripped riffs.

Bar the head-spinning prog-fest of Rise Again, there’s no massive detours in the way of direction. But one spin of the heavy-boned title track immediately tells you the depth of quality on the debut album was no fluke.

While Kotzen, in his solo career, has the freedom to dip into any genre he fancies, for Smith, it represents an opportunity to get away from the confines of writing Metal epics and truly express himself.

Although two singers alternating verses and choruses is not the norm in the world of rock ‘n’ roll, it fits like a glove on the all-out pummeling of Got A Hold Of Me, where this transatlantic union flash their feathers with a brushing punch of denim and leather hard rock.

In comparison, the suave Hate And Love dons a Saville Row suit with a hook-heavy chorus laden with mainstream appeal.

“Better Day’s is a song I’m really excited about,” Adrian Smith told MetalTalk. “I think it’s slightly different to the songs on the Smith/Kotzen album. It’s kind of heavy but melodic.

“I’d played Richie the riff, and I was looking for a reaction, and I got one! Kind of like the old grey whistle test scenario. There was a spark, and we started building the song from there. I’d have an idea, then Richie would have an idea, and we’d go back and forth, like building blocks.”

With Smith shortly returning to the Iron Maiden mothership and the free-spirited and prolific Kotzen probably going to whip a triple album out of his pocket, this could be the last bit of product from this enduring pair of musicians for a good while.

Either way, they’ve signed off with yet more evidence of why these guys were destined to make great music together.

Better Days is available from all good Independent record stores for Record Store Day, and as a digital download from smith-kotzen.lnk.to/BetterDaysEPPR