London Progresive Rock band 8Snake have released the album ‘Kuiper Belt’, which follows up from their previous album ‘Eight’, released under the name ‘Francesco Fonte Band’. The band have been described as a mix of Pink Floyd, Tool, Nine Inch Nails, Nick Cave and The Doors.

The band told us: “The Kuiper Belt album idea came out during the writing process for another future album. Considering that we are in lockdown, we couldn’t met each other to jam and put together new ideas, so we thought we would go back through some of our old recorded jam sessions instead.

“We looked through and found some good input for the album, even though we’re still writing. Doug (our bass player) luckily recorded our jam sessions from 2014 till now.

“We realised that the music material we had recorded already at the Music Complex in London during our music jams was well performed and sounded good enough to consider as a proper release.”

The band then worked together selecting the best tracks to put towards an album. With all tracks pure improvisations, these songs had not seen the light of day before, either live or as part of a previous release.

The band continued: “All tracks are pure improvisations and there was no intention from us to make it sound that tight or to release an album out of it. The tracks are frozen in time, left behind, like most of the Kuiper Belt object, frozen volatiles (termed “ices”).

“But we’re here to bring them back to life.”

Check out the track Charon, below.

Orianthi / New album 'O' to be released in November, with Gibson Guitar partnership following in 2021 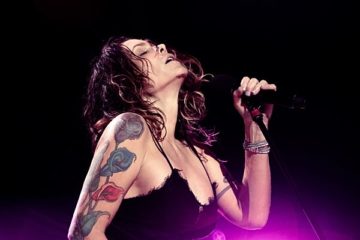