It has taken Karnataka a long time to get to here. Founder member and bassist Ian Jones is on his second trip on the rock rollercoaster with this band and the ups and downs have been there from award winning albums to a complete break up of the band way back in 2004.

Since starting the band up again in 2008 Jones has slowly and surely put together a band of true quality and the current international line up of musicians from Turkey, Italy and France along with two Brits has been in place for a couple of years now.

I saw this same line up of the band here in Edinburgh last year and I was suitably impressed, they were very good indeed as of course was the album they had just released, ‘Secrets Of Angels’. As the band hit the stage in a packed Voodoo Rooms and launch into ‘Road To Cairo’ it is obvious to me that all the hard work they have put in on the road in the last while has really paid dividends. This group of musicians has become that magic entity, a genuine all in it together band.

The energy levels right through this two hour performance spread over two sets is sky high from the off. Every single person on stage is in their element, loving what they are doing and the night is full of little looks and asides and laughs and sheer appreciation of the joy of their music and how good it is to be up there together.

Singer Hayley Griffiths has really grown into her rock frontwoman role without losing that stage musical experience she brought to the band with her. She uses every inch of the small stage available to her, racing around with lots of smiles and oh yeah lots and lots of legs too! A friendly and chatty persona shows itself between songs while she is a ball of energy or occasionally a focus of intense emotional clarity during them. Vocally she put on a masterclass in her own unique style. If she missed a single note all night I didn’t spot it and the special, precise kind of singing she brings to this take on progressive rock just oozed charm and class. 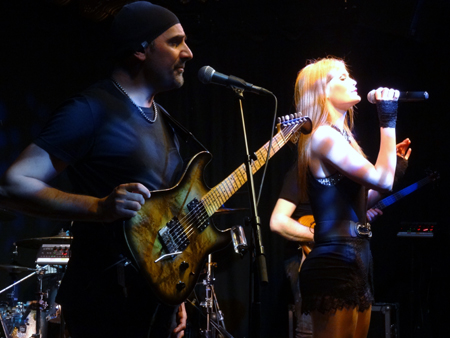 Her bandmates were more than happy to keep pace and drummer Jimmy Pallagrossi was another star up there. A player of real quality and full of personality he showed plenty of raw power mixed with a wonderful dexterity and he was allowed within the songs to fully express all of that. As someone who is no lover of drum solos it was nice to see Pallagrossi get a showcase spot the way it should be done, playing along with the rest of the band but surrounded by them all egging him on to do more. The audience loved that as much as the band did.

Keyboard player Cagri Tozluoglu and guitarist Enrico Pinna are a bit more restrained and happy to share the odd knowing look and smile with the other band members and the audience while Mr Jones on the bass played fluidly while surveying what he has created around him with a little knowing smile. I think he knows something really special is developing here. 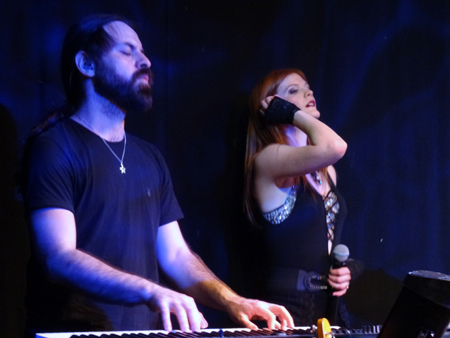 There are a few old songs thrown in to the set but the bulk of the evening is from the ‘Secrets….’ album and deservedly so. From the soaring melodies of ‘Because Of You’ through the winding and hugely memorable ‘Feels Like Home’ to the full on twenty minute prog epic that is the title track, the quality of the songs shine through and are enhanced and more powerful performed like they are tonight. 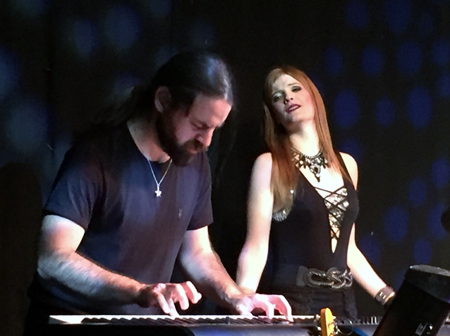 I will be honest, I like Karnataka on album and live but I wasn’t expecting them to be this good tonight. They have gone from a good band to one capable of blowing me away. When the cynical old reviewer gives you a 5/5 rating and buys a t shirt at the merch stand after the gig you know you have done a good job.

An excellent gig all round and a band I highly recommend you see if you have the slightest bit of interest in prog or even just good live bands. I want to see them again soon!