Diamond Head and I go back a long, long way. I saw them for the first time as support to April Wine at the Edinburgh Odeon in January 1981 and I was hooked. They blew me away with those great songs and fabulous riffs. I saw the band many more times after that during their rise from support slots and club gigs until they got signed by MCA.

Their first major label release ‘Borrowed Time’ made it to number 24 in the UK album charts and they headlined theatres on the tour in support of the album. I thought this was it, one of my favourite bands was going to make the big time.

Then it all went wrong. Guitarist Brian Tatler and singer Sean Harris, talented and ambitious guys didn’t want to stand still and follow up album ‘Canterbury’ with its slices of melodic rock and touches of prog mystified some of the fan base.

Personally I loved it and still do, but it was ahead of its time and suffered for that. Add in that the initial vinyl pressing was faulty and thousands of copies had to be returned and the loss of momentum was in the end fatal to their chances.

MCA dropped them the next year and only the fact that Metallica cited them as an influence and did some inferior (to my ears) covers of their songs allowed them to keep going. ‘Death And Progress’ would prove to be the Tatler/Harris line up’s last official studio release in 1993 and after Harris left and was replaced in the 2000s two worthy albums were recorded with his replacement Nick Tart.

Enjoyable though these were I thought the old magic had gone and it seems Tatler himself agreed as he has admitted he had no desire to record a new album.

Life is full of unexpected turns though and when Tart left and Danish born Rasmus Bom Anderson replaced him, the band found some new energy and inspiration and so here we are in 2016 and we have a new Diamond Head album to listen to. The great news is that it rocks!

Right from the insistent riffing of opening track ‘Bones’ it sounds like the classic era of the band. The riff and arrangement in this song wouldn’t sound out of place on the legendary ‘White Album’ that started their career. The chugging ‘Set My Soul On Fire’ sounds like something which was recorded for ‘Borrowed Time’ but didn’t quite make the cut. There are even nods to ‘Canterbury’ with the epic Zeppelin-esque ‘Silence’, eastern elements and all. 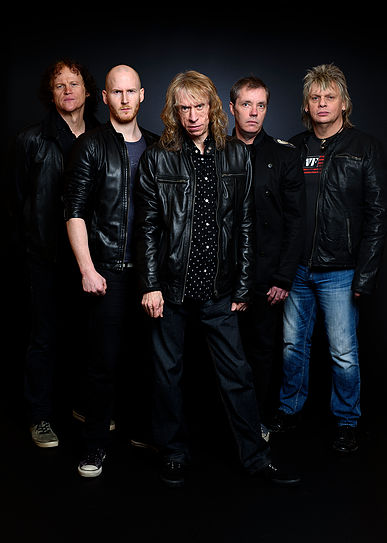 Now please don’t think that this is a shameless plundering of their own back catalogue. These are all songs which can stand on their own two feet and don’t necessarily sound dated either, they just sound like Diamond Head and as a fan I love that.

‘Speed’ has the riffs and soaring vocals which are their trademark, ‘See You Rise’ harks back to the sound of their early singles. ‘Blood On My Hands’ has echoes of ‘Sucking My Love’ in the intro before finding its own bluesy way. There just isn’t a bad song on here.

Anderson is no Harris clone either. His voice is closer to the original frontman’s than Nick Tart’s was but he has a rasp all his own and sounds strong and impressive throughout. You can just imagine him doing a good job on the old classics too when they play live.

For me personally, this is a dramatic return to form for a band who are really one of my all time favourites. If you can imagine a scenario where Harris left after ‘Canterbury’ and Anderson was born much earlier then this sounds like the back to the roots album they might have made at the time.

If you love classic Diamond Head then I beseech you to check this out. Even if all you’ve heard is the name but like old school Metal you should give it a listen.

Including a track called ‘Our Time Is Now’ may be a bit ironic but thirty years on, why not? I’d love to see Tatler with his current band mates back on big stages again. 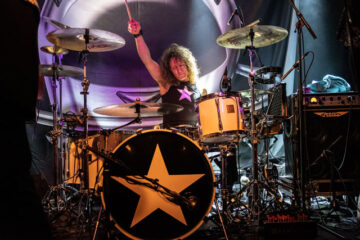