The wonderful Tarja returns to British soil for dates in London, Manchester and Glasgow. These dates will celebrate her seventh studio album, ‘In The Raw’, which was released last August via EarMusic.

Tarja’s music, with its symphonic texture and intricate soul, is made for the stage. Throughout the entire UK tour new songs and classic anthems alike will be brought to life, delivering a show to be remembered.

The Finnish Goddess of Metal sat down with MetalTalk last year to discuss ‘In The Raw’ and you can hear that exclusive interview below, along with a very special track-by-track where Tarja runs through every song on the new album, alongside a snippet of each track.

Tarja tells us about the UK dates: “I am so excited to return to UK! Thank you for this opportunity. I will get a chance to rock the new songs from my album, ‘In The Raw’, together with you all. I am sure it will be awesome, as always in the past. Cannot really wait. See you!!”

‘In The Raw’ is a combination of sophisticated and refined orchestration, choir and Tarja’s classically trained voice with a raw, dark heavy musical core. Simply put, ‘In The Raw’ is a gold-plated work of wonder which finds Tarja going to raw, personal places in her lyrics. Opening herself up more than ever before, she says she was left feeling naked by her honesty, but also pleased at where she had gone with her words.

Here’s Tarja, in the raw, plus the track-by-track guide to the new album. These interviews were recorded in July 2019. 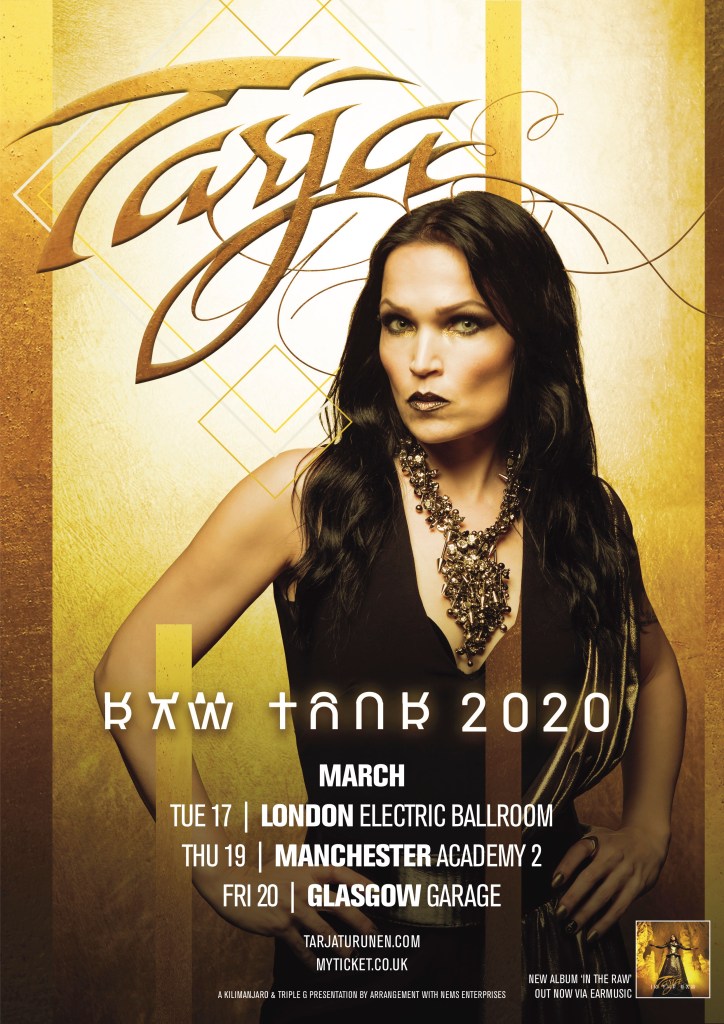