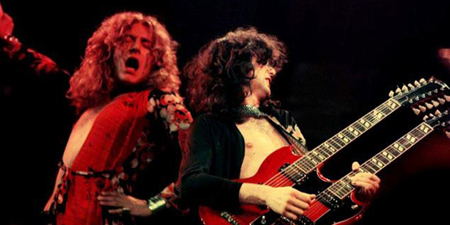 The estate of late Spirit guitarist Randy California have launched an appeal after a jury found in favour of Jimmy Page and Robert Plant in the recent Led Zeppelin ‘Stairway To Heaven’ plagiarism case.

Michael Skidmark brought the original case against the legendary British rockers and filed a notice of appeal to the federal court on Saturday, as reported in Courthouse News.

The notice of appeal reads: “Please take notice that Plaintiff Michael Skidmore, Trustee for the Randy Craig Wolfe Trust, hereby appeals to the United States Court of Appeals for the Ninth Circuit from the final judgment entered on June 23, 2016, as well as any and all interlocutory rulings, decisions, and orders that gave rise to the judgment and are merged therein.”

Francis Malofiy, the lawyer who unsuccessfully sued Led Zep over the matter, was suspended from practising law shortly after the case, as reported here.

Skidmark’s appeal was filed exactly a month to the day that a jury of four men and four women in Los Angeles dismissed the case. Randy California’s estate were seeking one-third credit for the 1971 opus claiming that Led Zep “stole” the opening guitar part from the Spirit track ‘Taurus’.

The jury agreed with the defence’s argument that the chord progression was “commonplace” and dated back centuries.

A MetalTalk associate who used to be a roadie for Randy California told us that the late guitarist, who passed away in 1997, knew all about the similarities between the tracks and never instigated a lawsuit of any kind because he (Randy) never believed Led Zep had copied his music.

Immediately after the trial Jimmy Page and Robert Plant released a statement saying: “We are grateful for the jury’s conscientious service and pleased that it has ruled in our favour, putting to rest questions about the origins of ‘Stairway To Heaven’ and confirming what we have known for 45 years. We appreciate our fans’ support, and look forward to putting this legal matter behind us.”

But on the 50th anniversay of England winning the World Cup, we really were thinking it was all over. Hopefully it won’t be too long before can say: “It is now.”