According to reports from Brazil, former Iron Maiden singer Paul Di’Anno was hospitalized on the afternoon of Thursday 12th in England and his eight scheduled Brazilian tour dates for June have been cancelled. 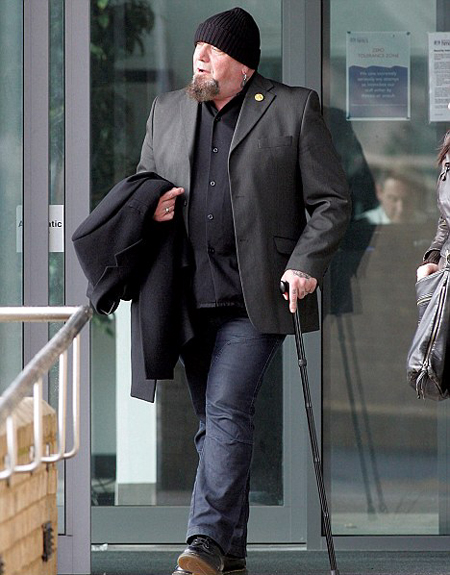 There is no information at all as to why Paul is in hospital but the press office of the show he was booked to play with Blaze Bayley on June 12th at Tropical Butantan in São Paulo, the first time the two singers would have performed together in Brazil, said that the singer’s condition is “extremely delicate” and he is going through tests to decide what treatment he should have.

Fans who have already purchased tickets are being advised to request a refund with Ticket Brazil at ticketbrasil.com.br.

Blog n Roll Produções made a statement about the situation which is in full here. The statement was made in Portuguese and has been translated:

“It is with great regret that we are obliged to inform all of the indefinite postponement of the tour of Paul Di’Anno in Brazil in the next month of June. Paul is in the hospital and, today in the morning, we have been informed directly that his state of health at the moment is extremely delicate. Examinations are being made to obtain the diagnosis, but there isn’t a term for that diagnosis, the necessary treatment and the period of recovery.

“We worked with Paul in the past year and all I can say is that he was great with all the people involved in the tour. He became a friend to all and we are very sad with the news. We want to see him again on the road as soon as possible.

“We are available to clarify issues related to the shows booked (where all their contractors and local partners have already been duly warned by us throughout the day today) and we ask for the understanding in relation to the state of Paul’s health.

“This is a private matter and such detailed breakdown it’s not up to us, but only to him.

“Grateful for the understanding of all. Blog N Roll Productions”

In March this year Paul performed at a special NWOBHM symposium in Tokai, Japan backed by members of the classic Japanese Metal bands Outrage and United in a wheelchair because of severe pain in the legs due to advanced osteoporosis. Here’s footage of that gig.

Di’Anno told Argentina’s CM TV last August that injuries to his knee have forced him to sit down while performing. He said: “It’s worked in Wacken, and everywhere in Brazil. I think the fans don’t give a shit to see me; they just wanna hear me sing. So maybe six months I have to do this before the operation. I still wanna play, so I sit down and sing.”

A year ago Di’Anno spoke in more detail about the condition of his knee: “I don’t wanna swear… [laughs] but it’s fucked. It’s actually fucked. Because this has been going on for seven years. I should have done this seven years ago. And now all the ligament is gone and all it basically is is bone rubbing against bone. And, oh my God, it’s so painful some days, it’s unbelievable.

“And through my mother, I caught osteoporosis as well. Sod this – I can’t be dealing with it. So fixing the knee will make it a lot better. I can’t take it anymore. And it will be so nice to be pain-free after seven years.”

Osteoporosis is a progressive bone disease in which the bone density reduces over years.

We wish Paul all the best for a speedy recovery and hope to see him back in action soon.