Despite the sad passing last year of founder member Chris Squire, the big man was certainly not forgotten. Support act Moon Safari played an inimitable and powerful set of modern day prog ended with a neat dedication to Squire with an acapella version of ‘Constant Bloom ‘ delivered with high harmonies.

A spotlight shone down on a lone white Rickenbacker bass where Chris Squire once stood as fans gathered their thoughts during a playback of ‘Onward’ whilst images of the great man were displayed on the screen.

Yes were here to play two albums in their entirety namely the controversial ‘Drama’ and the much earlier ‘Fragile’.

Broadly stomping into ‘Machine Messiah’, Geoff Downes soon expressed on his wall of keyboards for ‘White Car’. A focused ‘Into The Lens’ stood out and Trevor Horn joined in on vocals for the first time in thirty six years for a histrionic ‘Tempus Flight’, meant that four fifths of the line up that recorded ‘Drama’ were on the stage. 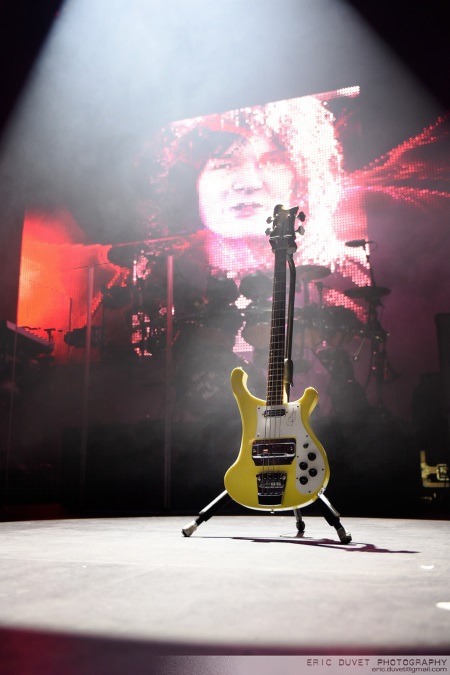 Mid section, vocalist Jon Davison adorned the acoustic for ‘Time And A Word’, Davison warming fans with his authentic voice and hippy flare. Specially added to the set for the night was ‘Soon’ which featured some riveting work from Steve Howe on the steel guitar. 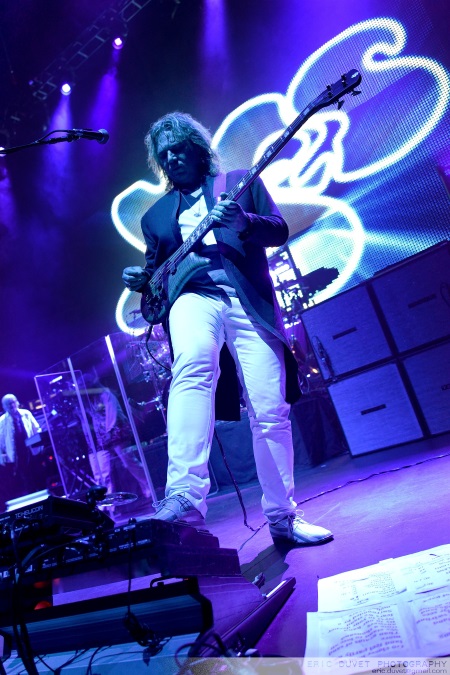 ‘Owner Of A Lonely Heart’ was a little out of place but a welcome respite although I do wish the current line up would attempt a new approach to this song rather than rely on the pre recorded sonic electronic drum sounds but at least it gives the partner something to get excited about for a few minutes before we get back to the nitty gritty wondrous sounds.

‘Roundabout’ signalled the start of ‘Fragile’ which featured some heavy duty bass from Billy Sherwood who shone throughout who paid great respect and added his own personality to ‘The Fish’. 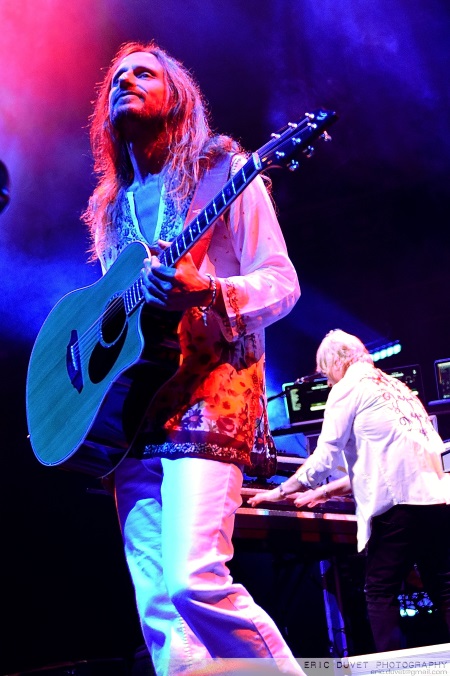 Drummer Alan White provided the perfect backbone on ‘Five Percent Of Nothing’, Steve Howe’s acoustic ‘Mood For A Day’ soothed into a pleasurable ‘Heart Of The Sunrise’. An overwhelming ‘Starship Trooper’ earned Yes a well earned standing ovation. 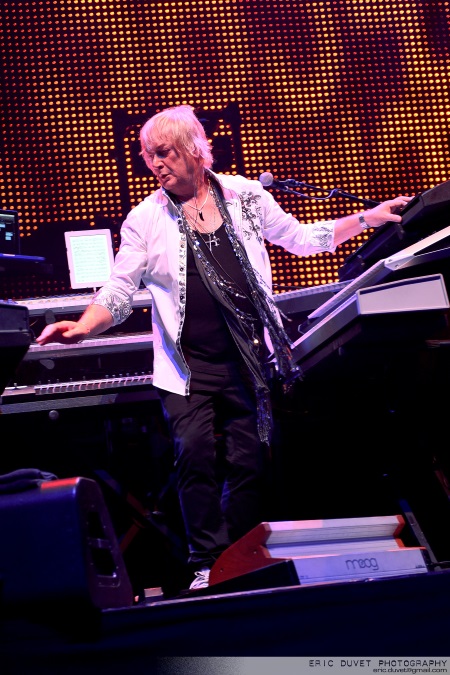 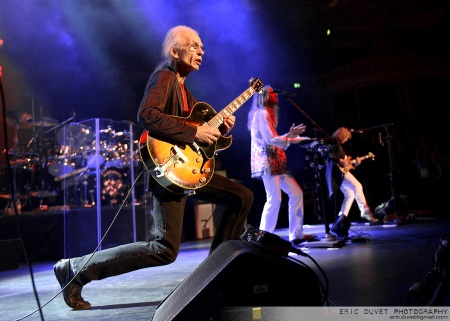 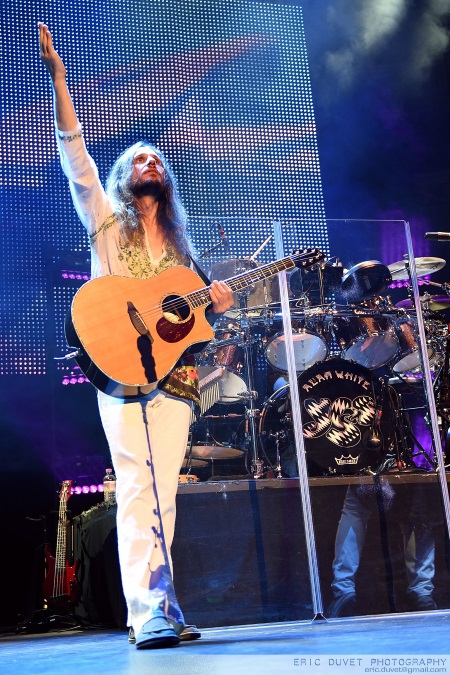