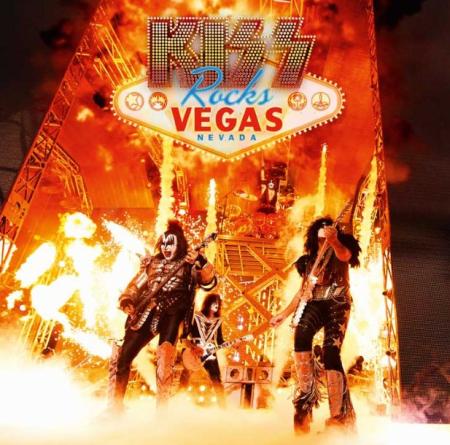 In case you hadn’t guessed from some of my previous articles, I’m a massive life-long Kiss fan. I’ve seen them in concert dozens of times with various line-ups over the years and I’ve got almost everything they’ve ever released in several formats and most things that haven’t been officially released too.

‘Kiss Rocks Las Vegas Live’ was recorded in November 2014 at the Hard Rock Hotel and Casino in Las Vegas, Nevada. It includes a CD and DVD of the same concert, with bonus footage of Kiss performing acoustically at a fan meet and greet on the afternoon of the concert. The packaging is very well done, with lots of great photos of the band and a booklet with even more.

But my first thought about this release, even before putting it on, was why?

There are already many Kiss live recordings released in various formats: ‘Alive’, ‘Alive2’, ‘Animalize Live Uncensored’, ‘Exposed’ and other VHS releases, ‘Alive3’, ‘MTV Unplugged’, ‘You Wanted The Best’, ‘Alive 4 Symphony’, ‘Rock The Nation’, the many full concerts included in the Kissology DVDs, previous live bonus tracks on limited edition CDs, dozens of Instant Live concerts, TV broadcasts all over YouTube and then there’s the bootlegs. This list goes on and on.

If you haven’t heard any Kiss albums for a while, then have a listen to this right now and remind yourself just how good they are…

This new release surely can’t live up to the energy and passion of first two ‘Alive’ albums? It simply can’t be as exciting as ‘Detroit ’76’, ‘Australia ’80’ or ‘Animalize Live’. The set-list reveals nothing new or particularly unusual and there’s only one song from their recent pair of albums, ‘Sonic Boom’ and ‘Monster’. So why have Kiss released it at all?

I put the CD on first and straight away noticed how sluggish ‘Detroit Rock City’ is compared to ‘Alive2’ or ‘Australia 1980’. It’s also tuned down a whole step, which gives it the feel of a record player that runs slightly slower than 33 RPM. Paul’s voice is a little strained, Eric Singer’s drumming is accurate but lacklustre.

I put the DVD on instead, hoping the visual excess of the show would perk me up. The guys looked great, Paul especially. I really can’t believe the energy and physique that he maintains. There were an impressive amount of pyros but the bulk of the show was based around video screens and a million irritating moving lights, swooping and strobing throughout. 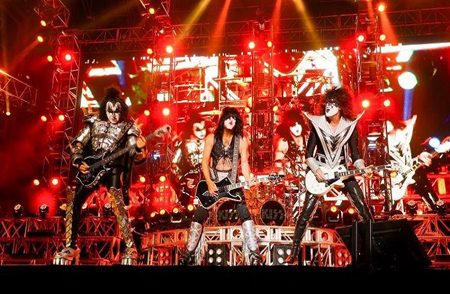 They didn’t need moving lights on the Lick It Up tour, I sighed to myself.

Then looking away from the screen, I noticed two things. One was that my ten-year-old son, Archie, was happily rocking out to it all and the second was a message in the CD packaging saying that Kiss played the show in Las Vegas for “a select and fortunate few that had never seen the likes of this”.

Then it dawned on me that this isn’t for a die hard Kiss fan who admittedly still laments the departure of Peter and Ace. It’s not for those like me, that will always judge a Kiss live release by the standards of ‘Alive’ 1 and 2. And most of all, it’s not for people who care about vinyl RPMs or who sigh when they think of the Lick It Up tour.

This is for those who are not burdened by the memory of the band’s past glory but those who can view the spectacle with fresh eyes. So I handed the review over to Archie instead. 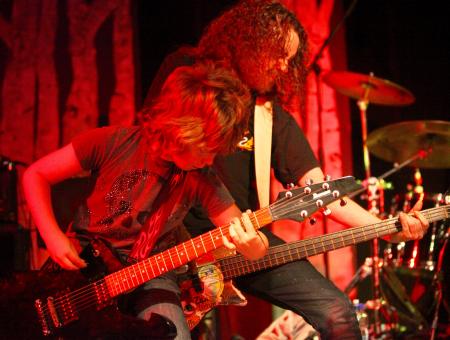 Archie Dale: “My first thought was ‘I can’t wait to see this because as usual Kiss are amazing’. The choice of songs was a brilliant selection, my favourites were ‘Tears Are Falling’, ‘Creatures Of The Night’, ‘Do You Love Me?’ and ‘Love Gun’. Later on it got me playing along to songs like ‘War Machine’, ‘Tears Are Falling’ and ‘Lick It Up’. I just wish they could have played some songs like ‘My Way’, ‘Crazy Nights’ and ‘God Gave Rock And Roll to You’.

“The show was very good with amazing fireworks and lights but there some things they missed out on such the spider that we’ve seen on recent tours. I just wonder how much it all cost? 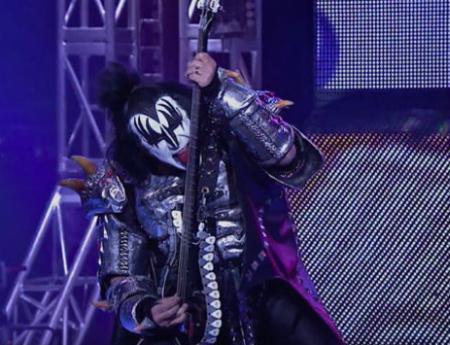 “Gene was probably the best as he did all the blood dribbling and lifting up in the air. Paul was probably the second best. I loved how for ‘Love Gun’ he used the zip line and I also liked how he stayed there for part of ‘Black Diamond’. The only thing was that sometimes while he was dancing with his legs together it looked like he needed a wee.

“Tommy and Eric weren’t as good as Paul and Gene because they didn’t sing as many songs. And when Eric sang ‘Black Diamond’ it wasn’t actually that good.

“But if I had gone to that gig I’d have been very happy coming out.

“I liked the acoustic bonus too. It was amazing, the only reason I wouldn’t want to go there was because the room seemed a bit cramped.

“The setlist was superb, all four of them did a really good job and Eric Singer sang really well on Beth.

“I thought it was funny when Paul and Gene did different, jokey, high pitched voices. I liked the firey backdrop. I was thought was a good way to start off the afternoon.”