The Heavy Metal world woke up to very sad news this morning when it was learnt that Terry Horbury, bass player with NWOBHM leading lights Vardis, died on 15th December 2015. 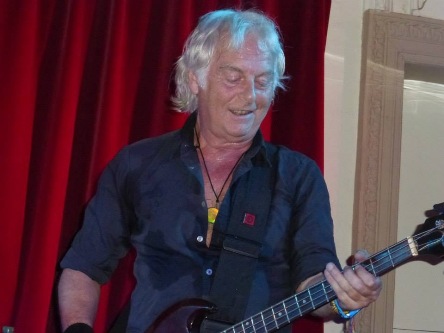 We are saddened to announce the tragic loss of Terry Horbury, who passed away peacefully yesterday in Chelsea and Westminster Hospital, aged 65, after a short battle with cancer.

Many of his generation had their lives changed by music in the 1960s, but Terry’s first Cream gig in ’67 started him down a path which encompassed 50 years and 60 bands, including Dirty Tricks, Winner, McKitty, Ozzy Osbourne, Strategy, K.M.T., Paddy Goes To Holyhead, Outskirts of Infinity and Cream Revival Band among many others.

He brought joy to so many people through his musical talent and lifelong dedication to his craft.

Family, friends and all who knew him will remember Terry as a man who was honest, loyal and a true gentleman – a genuine friend and friend of the Earth.

Rock on Terry… you will always be with us.

Terry was a gifted musician and an exceptional man, whose talent for bass guitar ran deep throughout a 50 year musical career. His genuinely gentle, honest demeanour was obvious to all who met him, and his imaginative ideas and creative instinct were second to none.

Terry had no ego and was always a man of truth, peace, kindness and integrity, with no other agenda but to care for nature, animals and play music.

It has been my privilege to work and perform with Terry many times over the years, recording 2 albums and 2 EPs with him. Terry was a truly great person – a gentleman, wit and artist who was musically at the top of his game this past year.

His physical presence at his last public performance at Bush Hall less than five months ago was a sight to behold, making the speed with which he was taken from us all the more shocking. 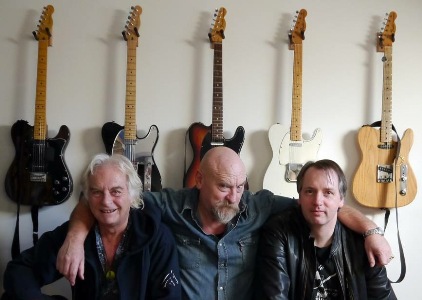 Terry was without doubt the bravest man I have ever met and a true Rock Warrior.

He asked me to send you all this message:

Terry joined Vardis in 1986 for the ‘Vigilante’ album and rejoined Vardis for the reformation of the band in 2013.

Vardis recently made their first new recordings with the EP ‘200 MPH’ released earlier this year and have just signed a deal with SPV/Steamhammer who will release their next album.

Terry was a formidable player who had a perfect chemistry with Steve Zodiac.

MetalTalk send out our deepest sympathies to the Horbury family and members of Vardis.