A value for money package featuring the true Rock Of Ages with a double headline from Def Leppard and Whitesnake, with Black Star Riders opening rising from the ashes of Thin Lizzy with a roof raising ‘Whisky In The Jar’ getting everyone in party mood.

Despite being 64 years old David Coverdale still struts the stage in tight trousers, hair flowing and thrusting his mic stand from the hip. The girls go wild.

His voice has a vintage rasp but this is more of a celebration with his young guns paying homage to his Deep Purple past with Metalized versions of ‘Burn’, the soulful ‘Gypsy’, the hard funk drive of ‘You Fool No One’ and a full length version of the bluesy ‘Mistreated’ along the acoustic ‘Soldier Of Fortune’. 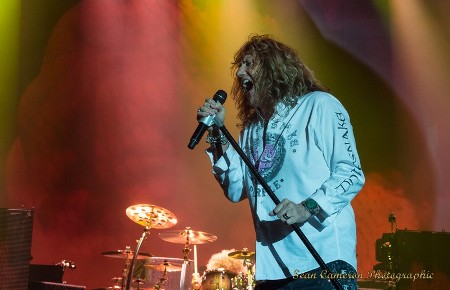 Naturally the fourteen song set had its fair share of Whitesnake classics with Coverdale getting up close and personal way out on the ramp which stretched out halfway across Wembley. Heroic shapes were shown for ‘Still Of The Night’. A top class performance of showmanship. 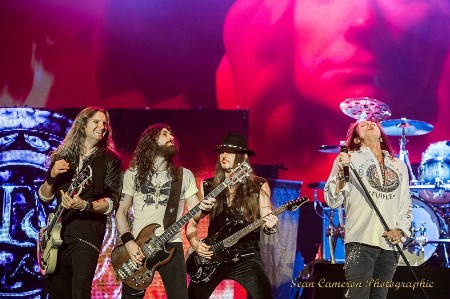 Def Leppard have had more than their fair share of high and lows in their lengthy career and this show was like a documented roller-coaster ride through their career with a collage of memories during ‘Hysteria’ and again later on with ‘Photograp’h with teary memories of a young Leppard enjoying their success, pictured with images of their principal songwriting guitarist Steve Clark who passed away in 1991.

With a new eponymous album to boot Def Leppard get rolling with ‘Let’s Go’. ‘Dangerous’ was the only other new offering sensibly sticking to the hits mainly from the multi-million selling ‘Hysteria’.

Their polished style of arena rock still kicks butt with ‘Animal’, ‘Armageddon It’ and ‘Rocket’ thrusting into overdrive. Joe Elliott gets acoustic on ‘Two Steps Behind’ and the ballads flow with ‘Love Bites’ and ‘When Love And Hate Collide’.

If you wanna get rocked then Wembley was the place to be. It was easy to forget what year we were in, it was just like 1987 all over again. Marvellous. 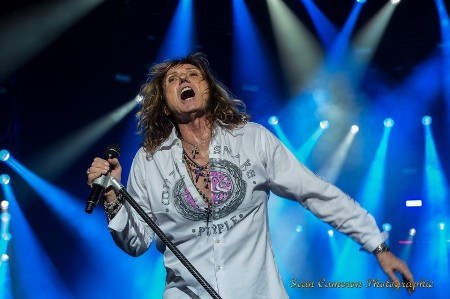 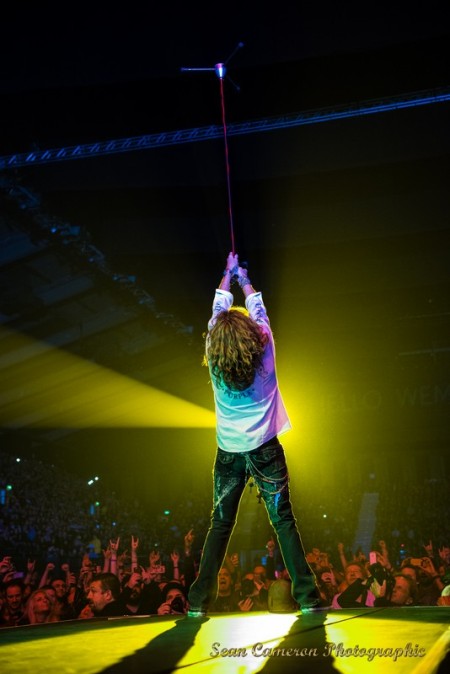 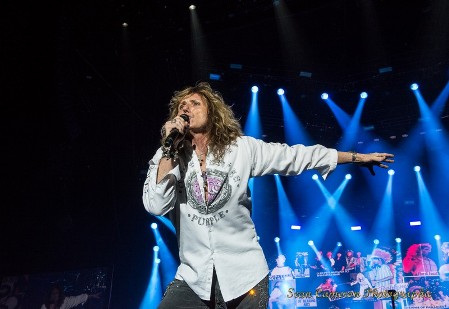 Mikkey Dee: "Motorhead Is Over" 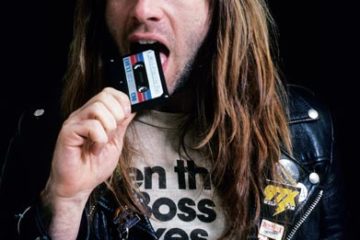