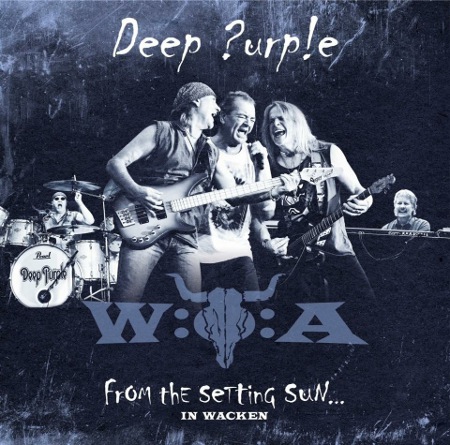 The following is written by Roger Glover:

One band, two crowds, two countries – a tale of two cities indeed. From Germany’s Wacken Open Air Festival, one of the biggest Metal festivals in the world – and a city unto itself – to Japan and the stately Nippon Budokan, the most revered venue in Tokyo. Each with its own distinct personality.

Wacken is a success story beyond par, starting out humbly by two friends in a field in rural Germany and becoming one of the best organized and attended Metal festivals ever. We were most impressed by the facilities, security, backstage, camping… in fact the whole production was superb.

As was the crowd, an awesome sight from the stage, generating a palpable sense of occasion. In the sunset, we were treated to a great welcome from the sea of tattoos and black leather facing us.

Festival crowds are unique because most people are there for the occasion itself rather than for any particular band. For us that is always a welcome challenge and a chance to connect with many who may never have seen us before. But the real stars are all in the audience. Thank you, Wacken.

By way of contrast, the Budokan is a temple of peace (except for the infamous occasion when all the seating was destroyed). ‘Made In Japan’ was partially recorded there and we’ve played there many times since. For such a large space, the acoustics are excellent; this special building never ceases to impress. 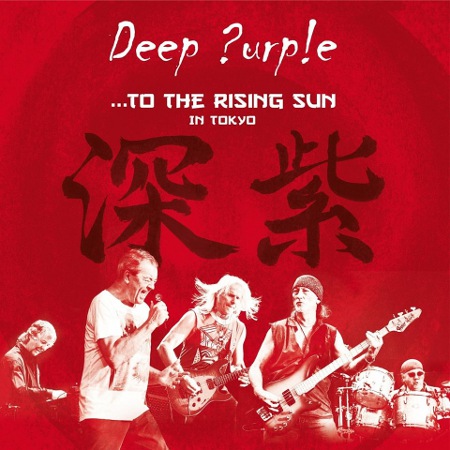 On this particular evening, we came in at the back door, climbed the cool, marble staircase and entered the familiar dressing room. Feeling like we’re the only people in the building, it’s hard to believe there’s even an audience out there.

But there is, young and old, sitting patiently or chatting quietly – the embodiment of civility. It’s almost like the respectful hush one might find in a cathedral. But they’re here to rock. And rock they do. They may be quiet while they’re waiting but far from shy during the show. They gave us an unforgettable evening. Thank you, Tokyo.

‘From The Setting Sun… (In Wacken)’ has been filmed by nine HD cameras at Wacken Open Air Festival 2013. For the first time in Deep Purple’s history, the band will release a 3D version of their performance on Blu-ray, filmed at Wacken.

‘…To The Rising Sun (In Tokyo)’ has been filmed by twelve HD cameras at Nippon Budokan, Tokyo in April 2014.

The audio of both shows has been mixed in Hamburg, Germany by Eike Freese and Alex Dietz (Heaven Shall Burn) with the supervision of Roger Glover.

‘From The Setting Sun… (In Wacken)’ and ‘…To The Rising Sun (In Tokyo)’ will be made available on 2CD+DVD, DVD, Blu-ray (Tokyo performance), Blu-ray 3D (Wacken performance) and 3LP Gatefold on August 28th, 2015 on earMUSIC.

MetalTalk’s Mark Taylor was at Wacken in 2013 right down on the front barrier watching Deep Purple and you can see his star studded performance right here at 2.00.