Sunday 15th of December is an important date, as it signals a special 30th anniversary celebration of the band Europe. They’re auctioning off ten specially customised guitars which have been airbrushed. 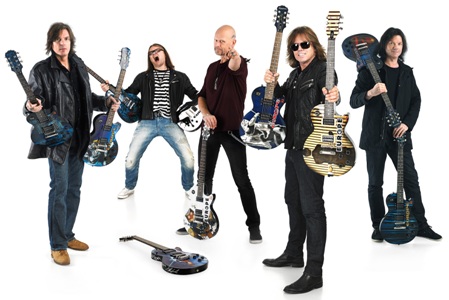 The excitement doesn’t stop there either; these guitars are autographed Gibson/Epiphone guitars and have been signed by not only the current band members, but also former members Tony Reno who played drums on their first two studio albums, and guitarist extraordinaire Kee Marcello.

Lazy Joe has exclusively adapted artwork associated with Europe albums like ‘Secret Society’, ‘The Final Countdown’, Out Of This World’ and seven others for the design on these ten fabulous guitars. So whether you’re a fan of ‘Almost Unplugged’, ‘Prisoners In Paradise’ or their self-titled debut album, this auction is an amazing opportunity for a fan of these Swedish rockers.

Drummer Ian Haughland said “We wanted to create something really special to mark our 30th anniversary.” Main songwriter and lead vocalist, Joey Tempest added “We believe this is something a Europe fan, a lover of guitars and art would appreciate.”

The band is keen to support the efforts of assistance and aid in the Philippines by announcing that money made from auctioning off one of the guitars known as the ‘Final Countdown’ guitar, will go to the charity Medicins Sans Frontiers/Läkare utan gränser. On this subject, Europe bassist John Leven reiterated “We think they are doing very important and inspiring work giving medical aid in emergency areas around the world, including the charity work in the Philippines.”

The auction is viewable around the globe whether you can visit the premises in Stockholm or by visiting http://www.stadsauktion.se/ online. That website address is also important for those who wish to make a bid on Sunday the 15th of December. The highly respected Stockholms Auktionsverk will be holding this very unique and special event which places the attention on these ten one-of-a-kind guitars. 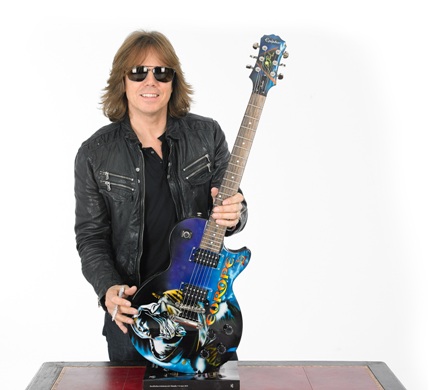 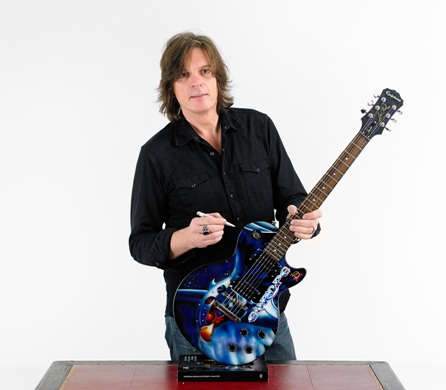 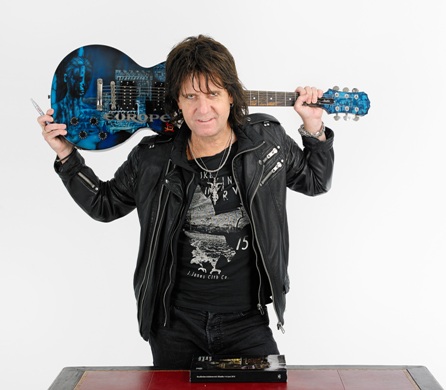