Pennsylvania rockers Halestorm might well be the hardest working band in the business right now. The current line up is nearly 10 years old and averages over 200 gigs a year, an insane work ethic. 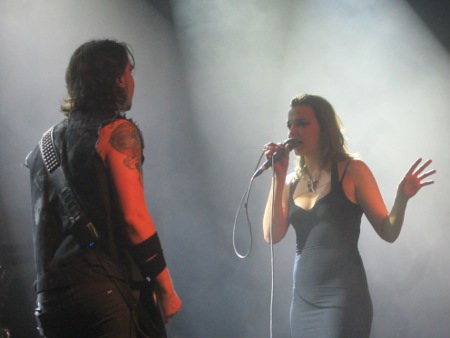 All these gigs have honed them into a lean, mean live act and having built up their following after several support tours they can now headline in the UK. Tonight’s Glasgow show had the sold out signs up, a sure sign of a band on the way up.

Starting with the anthemic ‘I Miss The Misery’, this experienced band settled into their stride easily, full of energy but somehow seeming completely relaxed at the same time. The rock everything sits on is provided by bass player Josh Smith and guitarist Joe Hottinger whose solid musicianship keeps everything nailed down and grooving along. This lets the brother and sister who started the band off the leash a little to grab the attention and be the stars of the show. 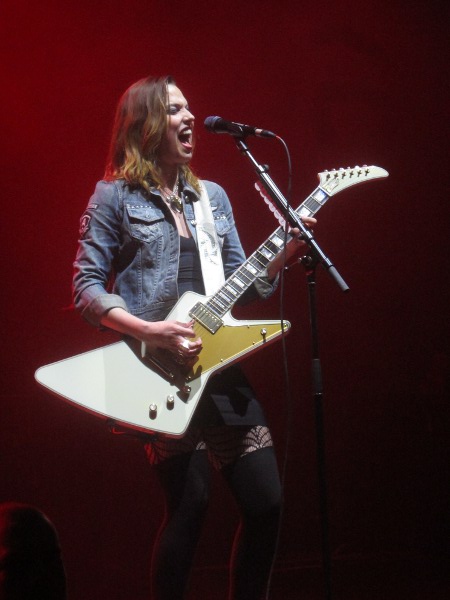 Drummer Arejay Hale likes to show off at any opportunity and keeps the beat while jumping around, throwing sticks into the air and anything else he can think of to entertain while getting some attention at the back. This does I’m afraid mean he gets to do an overlong drum solo filled with much jumping and thrashing and attempts to get the crowd to sing Nirvana and Alice In Chains songs with him. A lot of the audience seemed to love it but having seen many too many drum solos over the years I can do without another.

Meanwhile his sister Lzzy(her spelling) dominates the front of the stage like a latter day Joan Jett, spitting and roaring fiery vocals or squeezing every ounce of emotion out of the gentler songs. Her on stage banter with the audience comes over as humble yet sincere and she also has the dirtiest laugh in rock! All the women(and at least half the audience is female) want to be her, all the guys… well she is a hottie so you can work that one out! 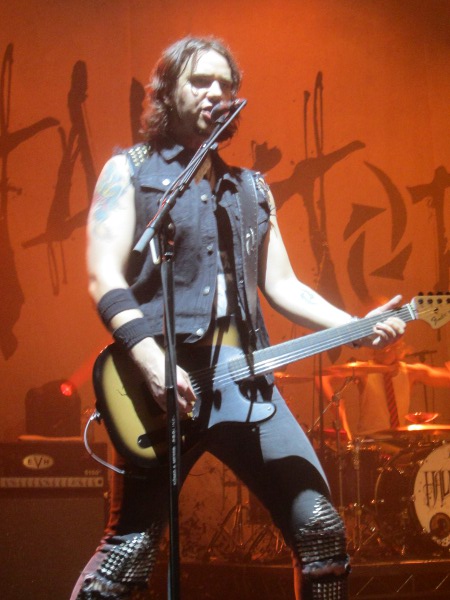 They do have a fine bunch of songs to play too and some of the big moments tonight were a surprise. ‘Freak Like Me’ seemed to hit a nerve with the audience and is a raucous, bouncing sing along, ‘Don’t Know How To Stop’ , a bonus track on ‘The Strange Case Of…’ album was an unexpected addition and worked well alongside the other, better known feel good anthems from that album ‘You Call Me A Bitch Like It’s A Bad Thing’, ‘Rock Show’ and ‘Mz. Hyde’ for example.

It looked to me like the band were having technical issues at points during the show and I’ve seen better performances by them but they have set such a high standard recently that still means they really rocked the ABC. As a lover of great female vocals it’s always fantastic to hear the female Hale of the ‘Storm in action and the sweet, emotional ballad ‘Break In’ impressed despite having her playing a keyboard facing the side of the stage. Can’t they figure out a way of swinging it round? 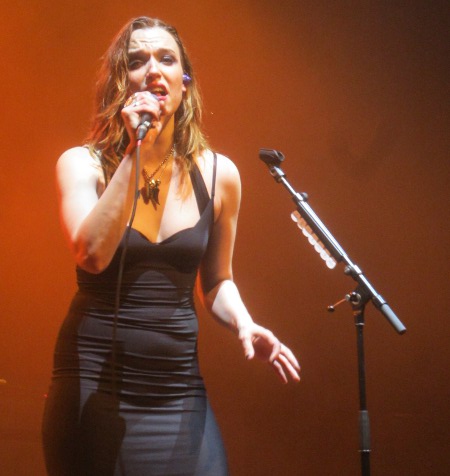 Old favourite ‘Familiar Taste Of Poison’ followed and was a total show stopper as usual, Lzzy Hale’s vocals on this one are superb from the gentle, breathy intro through the introduction of the full band up to the melodramatic climax. One of my highlights of the set along with the amazing cover of Fleetwood Mac’s ‘Gold Dust Woman’, adding a little old school groove to Lzzy’s melodic take on the vocals.

Throwing in a few covers to the set has become a Halestorm tradition despite their own catalogue of songs to choose from and I enjoyed them all tonight. Their take on Dio’s ‘Straight Through The Heart’ and Judas Priest’s ‘Dissident Aggressor’ are heartfelt and right on the money. Most of their audience are too young to know the originals so they are not played to pander to their audience, these are fans who now have their own band and share their passion for the music. 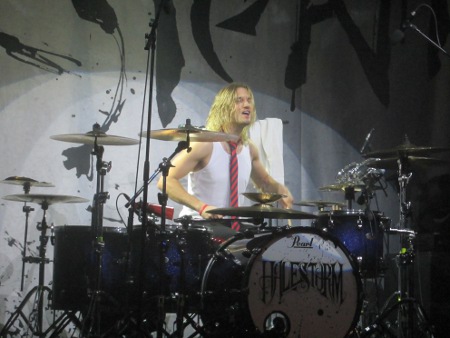 Finishing the main set with the mischevious ‘I Get Off’, the opening song of the encore was another surprise, an unannounced track called ‘Mayhem’ from their as yet unrecorded new album. On first listen it sounded like they are going in a heavier direction but it didn’t make a huge impression on me on first listen. Final cover of the evening, Daft Punk’s ‘Get Lucky’ was more successful and then the traditional set closer ‘Here’s To Us’ ended the night in suitable fashion with the wistful, nostalgic anthem getting everyone singing and waving their arms and swearing on cue.

This was another excellent performance from a really hot band right now. I’ve seen them better but that just shows the form they are in. Lzzy Hale is a bonafide star in the making and I fully expect to see her and this excellent band in a bigger venue next time around. In fact if they can make the third album as good as its’ predecessor they could really take off. I hope so as it’s good to see hard work and perseverance pay off. Check out some excellent fan filmed videos below.

Set list:
I Miss The Misery
Love Bites
It’s Not You
Freak Like Me
Straight Through The Heart
You Call Me A Bitch Like It’s A Bad Thing
Innocence
Don’t Know How To Stop
Rock Show
Gold Dust Woman
Break In
Familiar Taste Of Poison
Drum Solo
Dissident Aggressor
Mz Hyde
Daughters Of Darkness
I Get Off

Encore:
Mayhem
Get Lucky
Here’s To Us 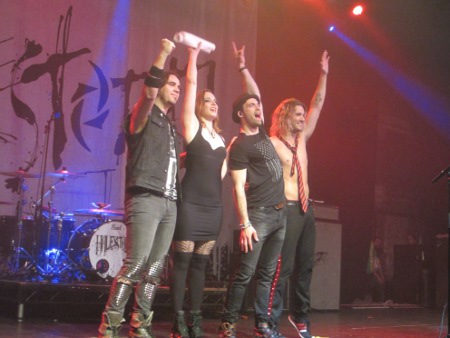