The Manic Shine: ‘Let Go Or Be Dragged’ 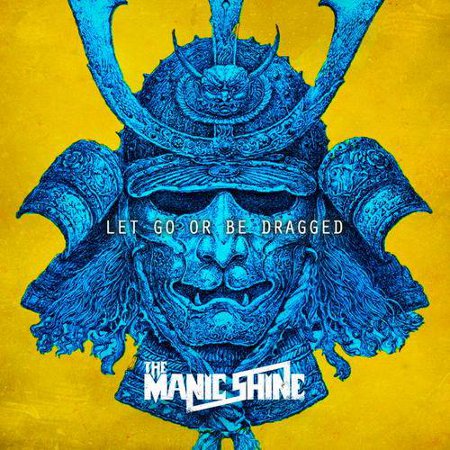 Welcome to the world of merged influences and the demanding sounds on an album by an eclectic quartet. When you get to wrap your ears around this ten track collection, you’ll be left with the distinct impression that some guitar work has been inspired by Rage Against The Machine in places, and then a whole lot of other twists and turns crawl out from their imaginative minds.

It’s pure audio art and full of creativity. This isn’t for the faint of heart or those who hunger for something immediate, this is something rewarding on repetitive listens.

If you read the press release and see the word “debut” associated with this album, don’t believe it. This is their second studio album as they have already released ‘Blindsider’ in 2012.

Ozzie Rodgers performs on guitar and vocals as Orren Karp provides some backing vocals and attacks his guitar. James ‘Hutch’ Hutchinson sizzles on the bass whilst also adding to the chorus of backing vocals whilst Tamir Karp celebrates the beat and rhythm. With their chemistry and dynamics in place the arena is prepared for them to enter and add texture, expression and colour to the palette. If ‘Tin Crown Kings’ is anything to go by, then there’s groove; there’s slithering melody lines and guitar orientated wizardry.

A rapid drum flurry announces the arrival of ‘(S)Words’ which continues the momentum as ‘Let Go Or Be Dragged’ showcases light touches of funk deep in the mix in tandem with jabs of guitar. Progressive is the word that best sums up this album. The songs live and breathe with their own sense of identity and are not easy to grasp when first exposed, but this feisty four-piece keep true to form. ‘Avarice’, ‘Scattershot’ and ‘Use Your Horizon’ all do justice to what lay before them.

Heavy moments which change gear and find the light beams that pour through the clouds, can then become raindrops diluted by poison as bitterness rises to the surface. Trying to portray their sound in to words is a challenging task as they mix things up consistently.

The vocal melodies really make this album something special as they weave throughout the musical backdrop. Just check out ‘Weightless’ for an example of what they do best. I believe this was a single and on this album version you’ll find it is significantly elaborated making it just around the six minute mark. The single version for those who are interested is around the three minute mark.

‘Libra’ stands out like a breath of fresh air giving the intensity a chance to abate. Chilled out and conjuring images of ripples on the surface of still water, this sort of change in pace suits The Manic Shine. The song doesn’t remain motionless for long though as we’re exposed to change in mood and musical interaction. Nevertheless, it’s a reminder that you cannot rest on your laurels with this band.

2014 is going to be an interesting year for rock music if this release is anything to go by. Expect the unexpected with ‘Let Go Or Be Dragged’ and ready those ears for a slow-burner that rewards in time.