These guys are knocking out some serious studio Rock n’ Roll right now. Their self-titled debut album was received with welcoming arms, as singles like ‘Lock ‘N’ Load’ (Featuring Slash), ‘Washington’ and ‘It’s Gonna Take Time’ all assaulted the senses with a self-assured swagger and a hint of attitude. 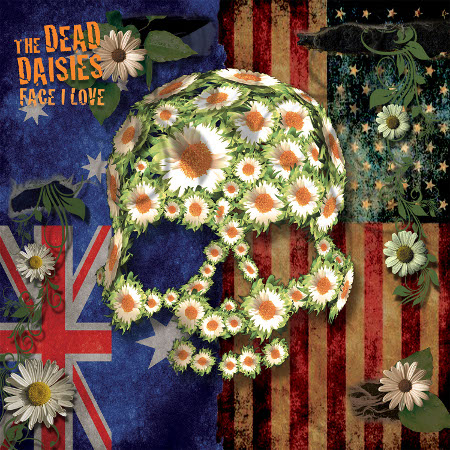 Not wishing to dwell on such frivolity, the band consisting of Jon Stevens known for his work with Noiseworks and INXS along with Richard Fortus (Guns N’ Roses and Psychedelic Furs), Marco Mendoza (Thin Lizzy and Whitesnake), Dizzy Reed (Guns N’ Roses and Hookers N’ Blow) in conjunction with David Lowy (Red Phoenix and Mink) and the mighty Brian Tichy (Billy Idol and Ozzy Ozbourne, amongst many others) have now unveiled a four track extended player.

Three brand new tracks wading through the spirit of Rock n’ Roll pick up from where they left off. Surfing on waves of melody and throwing guitar poses as they place the essence of the Rolling Stones and every other glorious example you can conjure onto the stage and shining a bright beam of light on it, ‘Face I Love’ isn’t messin’ around!

The fourth track is of interest if you’re a fan of cover versions as it is indeed a rendition of The Beatles classic. Some may quibble this isn’t overly original as many bands ranging from Japanese hard rockers Vow Wow not only covered the track in an overblown way, but named an album after it too! Let’s not forget the Sunset Boulevard legendary miscreants Mötley Crüe who also applied their slant on the song for their mighty ‘Shout At The Devil’ album.

There are some tasty vocals on the title track and the subtle honky-tonk piano throughout really add some hot peppers to the overall flavour. Tapping its toes to a familiar yet solid groove is ‘Angel In Your Eyes’ which wants to push through a gale force wind as it leans into it and marches ever onwards. Strong performances aid what is good material.

‘Your Karma’ dances on broken glass with naked feet and somehow ignores the prickles. Not necessarily the best track out of the four they offer on this E.P. but still good and entertains without you reaching for the skip button.

To summarise this exhibition in well-honed rock music is to merely share with you how strong it is and the music isn’t going to disappoint. Their debut album for me personally didn’t have me going ga-ga although it did contain some fine moments which had me keeping an eye on them. This extended player on the other hand is compact and bijou, locked and loaded with plenty to celebrate.

Face I Love
Angel In Your Eyes
Your Karma
Helter Skelter