Legendary Scottish rock band Nazareth have been hard at work since their formation in the late 60s (from the ashes of the ballroom cover band The Shadettes), and released their eponymous debut album in 1970.

Featuring vocalist Dan McCafferty, guitarist Manny Charlton, bassist Pete Agnew and drummer Darrell Sweet, the band soon had success with the ‘Razamanaz’ album and hits that included ‘Bad Bad Boy’ and a cover of Joni Mitchell’s ‘This Flight Tonight’. It was, however the mid-70s ‘Hair Of The Dog’ LP and the hit single ‘Love Hurts’ (originally an Everly Brothers’ track) that the band found international success.

A returning Rankin in the early 90s coincided with me setting up and running the Razamanewz fanclub and two excellent albums ‘No Jive’ and ‘Move Me’. Current guitarist Jimmy Murrison joined for ‘Boogaloo’, shortly before the death of drummer Darrell Sweet. With Pete’s son Lee on the drum stool, the band recorded ‘The Newz’, ‘Big Dogz’ and most recently the excellent ‘Rock n’ Roll Telephone’. 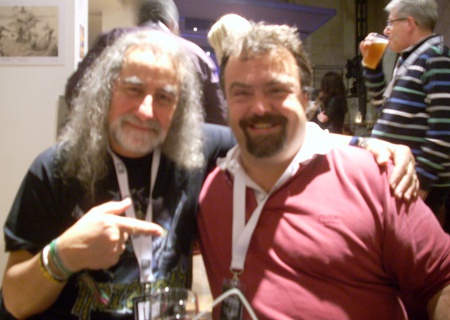 Before the new album’s release, singer and founder member Dan McCafferty, famed for his gravelly powerful yet bluesy vocals and (until the last couple of years) a wide range to match, was forced to retire due to ill health; the band had already had to cut a show or two short.

Although there have already been some performances with new vocalist Linton Osbourne, this was a real fan oriented launch – as well as a show to record a new DVD. With tickets available online and all ticket holders credited in the DVD, this project also sees Nazareth working again with artist Rodney Mathews, who was in attendance on the day with a gallery showing his work (originals, prints, preliminary sketches) that has adorned posters, calendars and albums by Magnum, Praying Mantis and Eloy as well as Nazareth.

The event kicked off for many at lunchtime, where the film crew interviewed several “Super Fans”, some of whom had flown in from around the world, before I was able to interview the band.

When the doors officially opened at 7.15, fans were able to mix and I was able to chat with many former Razamanewz subscribers and others I’d met at Darrell Sweet’s funeral. Rodney Matthews was there too, having his photo taken and signing many an autograph. 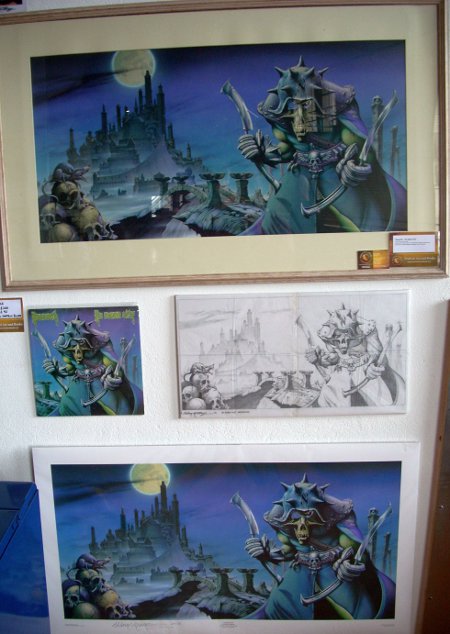 The gig itself was in the small room, much wider than deep, barely able to hold the 125 there, and the heat quickly became unbearable.

The band seemed happy, taking to the stage, following the intro from Classic Rock’s Jerry Ewing. The first few tracks were (not for the only time in the evening) played quickly and consecutively, almost medley like. I get the feeling this is was due to a combination of settling and testing the situation, and nerves.

‘Silver Dollar Forger’, an old Naz standard, and ‘Sleeptalker’ (from ‘Big Dogz’) a solid recent number. The surprise was the third track, ‘When The Light Comes Down’ from ‘Boogaloo’ – an excellent track from an oft overlooked album.

Performance thus far – good, slightly muddled but generally solid, and Linton’s voice excellent. His range is good, and more often than not suiting the songs.

Now let’s get something straight. He is not Dan. And he is not trying to be Dan. Shit happens, and it has happened, and this is proving a launch into a new era. And when Linton settled you could see the smile broaden, and he starts to talk to the crowd too. The new album’s title track followed, then the classic ‘Razamanaz’, a number you all should know. 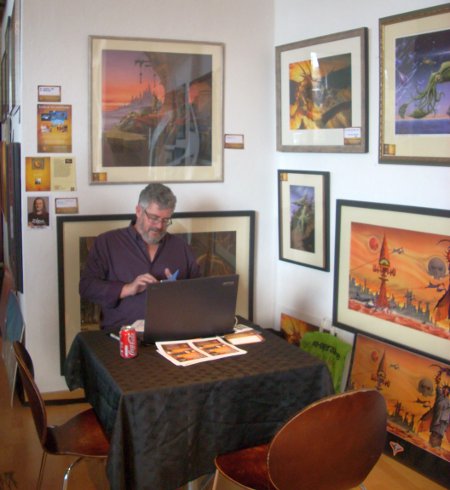 Jimmy Murrison plays a good riff and a mean solo, and Lee is solid on drums. But for me the star of the show was bassist Pete; given what he’s been through and what happened last year, it was great to see him playing, and playing so well.

‘Miss Misery’ stuttered, a break two minutes in laughed off before the song restarted, but that aside (and the temp induced detuning in the encore), the setlist was excellent as the two latest albums were represented by a couple of tracks, and then there was pretty broad coverage.

‘Dear John’ (the band’s first single) stood out, although a couple of tracks do require a twin guitar (notably ‘May The Sunshine’, although the vocals did handle this well and the acoustic guitar was good), and it would be nice to have little more 80s and 90s included.

Despite the temperature induced thinning crowd, the set finished with energy and pace (if slightly predictably track wise). 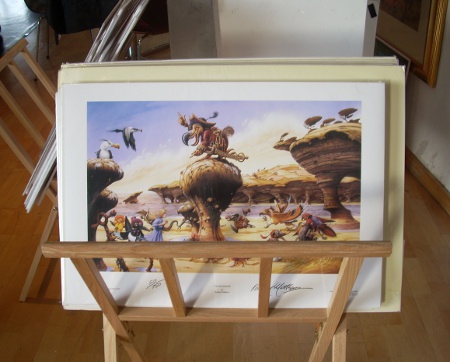 After the show the band did appear to talk to fans, and Rodney Matthews seemed under the cosh too. Lovely to meet so many fans from around the world (I didn’t have time to chat to all), although the number of (quite clearly) non-Celts wearing kilts did seem odd.

The end of an era of one of Britain’s best, most successful and hardest working classic rock bands and the start of their next era with a well organised (ahem, the cost of the drinks) fan oriented event. The resultant DVD should be good.

Encore
Hair Of The Dog
Love Hurts
Expect No Mercy