I went along as a friend and a punter, like we all do, and got asked to help out. I already knew that I was likely to help Den out, but then Jeff Braithwaite from Chariot said: “Can you do me a favour?”

After a little discussion, where a favour means ‘for nothing, not even a pint’, I agreed to help him take his stuff off the stage, and if I could, help Cloven Hoof put their gear on.

All went well – we got Chariot’s gear off stage very quickly, and Cloven Hoof clearly didn’t need my help. More crew than band, which in my day was unheard of.

As far as I was concerned, the next thing I had to do was get Den’s gear on stage. 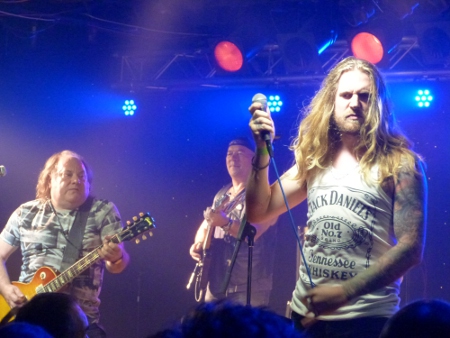 From a crew point of view, it’s the waiting that sucks. You know exactly what you have to do, but it’s the time in between – one band off, one band on – that gets to you.

I used that time to check on Dave Lights. He had got a little nervous about his role and managed to throw up. He assured me he was ready to rock and roll, so I left him for a while.

Ten minutes later I checked on him again; no change, in fact he looked worse but again he assured me he was OK. 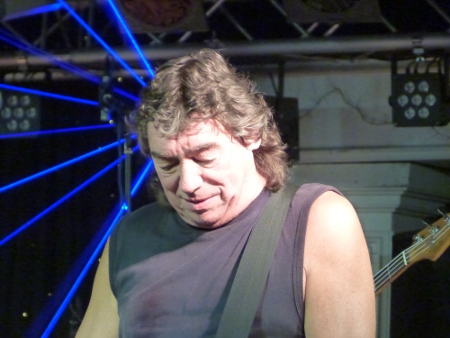 Finally Cloven Hoof had finished, so it was my turn to shine.

The two bands equipment went off and on in no time, thanks to Gary Redman and his team.

So the Dennis Stratton Iron Maiden Years were about to hit me for the first time in over thirty years.

Personally, I wasn’t nervous about this, but poor Lightsy had a few vodkas to steady his nerve. But you can’t take it away from the guy. He was still as good as ever, with a little help.

Most lighting boards are digital these days, but Dave was given three buttons to press, and he was delighted.

With Doug Hall doing sound and Dave doing the lights, me helping with band gear, it’s the first time we had all worked together with Dennis since 1980. 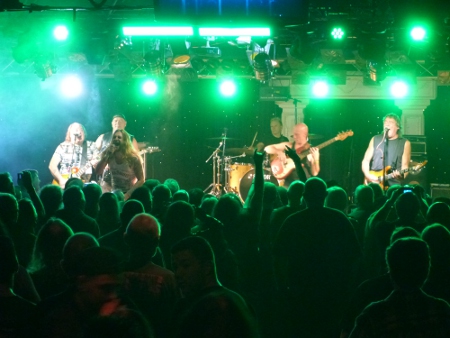 I’m surprised really that Den never mentioned it, but he had enough to think about, Grandchild on the way, his own birthday…

The band, comprising of Den’s RDB back up – Dave Edwards on guitar, Laurie Dalziel on bass and Martin ‘Magic’ Johnson on drums and with the added bonus of Michael de Jager as third guitar and a debut vocalist for the band called Gary Stone, they ripped through Maiden’s first album and made it sound like it was yesterday all over again.

With the most enthusiastic crowd of the evening calling for more, Dennis duly obliged, after convincing Martin he still had enough time to get home to tea and biscuits. They launched into Deep Purple’s ‘Smoke On The Water’, which included a five minute drum solo, with poor Martin checking his watch every chance he had. 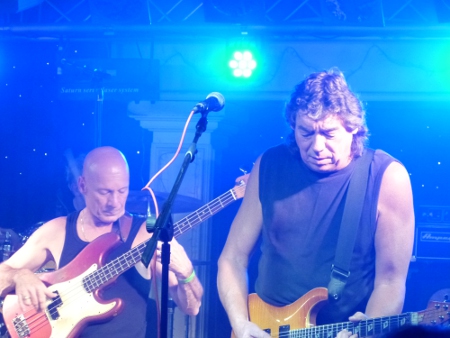 As the set finally came to an end, Den’s son and daughter brought on a huge birthday cake in the shape of his guitar and with Eddie’s head on the other side and LED lights for eyes.

Dave Edwards led the birthday singalong, and a high ended even higher. 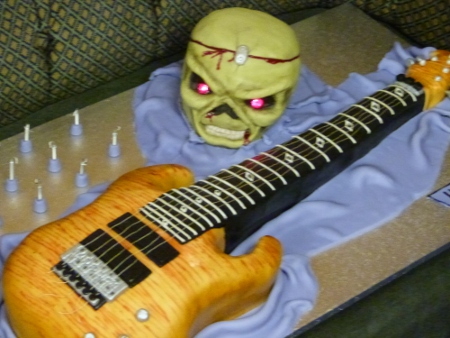 From a former crew point of view, it was a really good gig. The set may have only been 55 minutes long, including the encore, but it was worth every second to see some old friends playing material from the first album, some of which I had forgotten.

If only the Rolling Truck Stones thing had been just outside?