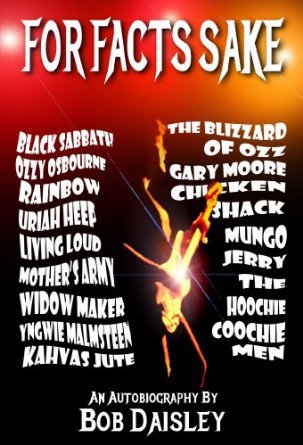 Bob Daisley was in London recently for a book signing to promote his autobiography, ‘For Fact’s Sake’, which took place at the Vintage Guitar Emporium in New Kings Road, London SW6.

Mark Taylor was there and got to interview Bob Daisley as well as drummer Lee Kerslake who was with Daisley in both Blizzard Of Ozz and Uriah Heep and you can watch that interview here.

Bob Daisley’s autobiography ‘For Facts Sake’ is exactly what it says on the cover. The Australian born well travelled bass player has meticulously kept a diary over the years detailing dates throughout his life of times with his family, getting the music bug after seeing the Beatles and the Rolling Stones in his home country and his first bands such as Delaware and Kahvas Jute. 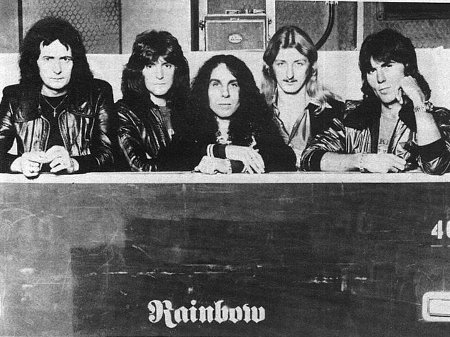 The book really picks up a gear when Daisley first comes to Blighty in search of the big time hooking up with Mungo Jerry, Stan Webb’s Chicken Shack before forming Widow Maker with Ariel Bender, formerly of Mott The Hoople.

Daisely then chronicles his time as he hits the world stage performing in Ritchie Blackmore’s Rainbow for the ‘Long Live Rock ‘n Roll’ album and world tour although sadly not too much detail is given as to how the band members felt when Blackmore decided to call it quits with Ronnie James Dio and went in the more pop direction with Graham Bonnet.

Later in the book Daisley does indeed reveal that a reunion of the classic Dio line up was in motion until Cozy Powell met his untimely dead end in a high speed car crash.

What is the most talkative part of the book is when Bob met Ozzy and the Blizzard Of Ozz was formed along with American whizz kid guitarist Randy Rhoads and drummer Lee Kerslake. This was the start of Ozzy Osbourne’s solo career after getting the push from Black Sabbath, but the Blizzard Of Ozz was originally meant to be percieved as a band until enter one Sharon Arden, later better known as Mrs Osbourne, who manufactured the commodity of Ozzy Osbourne much to the annoyance of Bob Daisley who wrote the lyrics and music for the majority of Ozzy’s first two solo albums and much more. 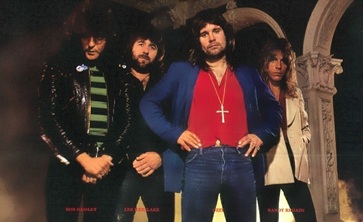 I’m not going to go into too much detail here as it would mean I would have to write a book myself to explain the complicated mess of matters and disputes that have befallen both Daisley and Kerslake and the Osbourne/Arden camp.

However it amazes that no matter how much Daisley feels he has been shafted for his continuious efforts working on every Ozzy album right up to the ‘No More Tears’ album, he constantly goes back for more like a battered dog with it’s tail wagging wanting to please his master.

The further you go into this book you can either despise Sharon Osbourne or admire the lady for her astute working ways in the music business of her knowledge of knowing how to polish a turd and make it look appetizingly golden and fresh.

Bob Daisley is careful not to dish any personal dirt on Sharon Osbourne, leaving that to the words of others in which one fan told him: “Is that whose Ozzy’s with?… He can do better than that”. Or in the more subtle words of the now departed Gary Moore on her balloning weight at the time: “How does Ozzy fuck that? Does he roll her in flour and look for the damp spot?”

If you’re looking for any red snapper and groupie stories you won’t find them in this book as Daisley has been a happily married man for most of his adult life and if anything did happen he’s keeping schtum on that subject.

With more stories on his time with Uriah Heep, Gary Moore and his return to Australia with the Living Loud and the Hoochie Coochie Men projects. With personally taken photos all along the way this is a fascinating read for anyone who listened to those albums by Rainbow, Ozzy, Heep and Gary Moore during the 80s.