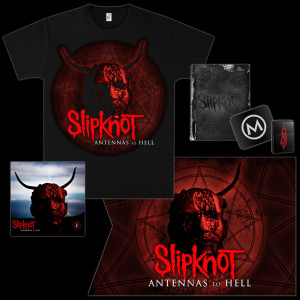 So then, a greatest hits album. Sometimes they can be a move by the label to cash in on the current success of their artist or a lazy effort to try and revive a diminishing career, featuring a bonus track or exclusive material in an effort to attract sales of something that is pretty much undesired. Sometimes with the cooperation of the band and sadly, sometimes against their wishes.

So what do we have here? Actually, a bloody good compilation, that’s what! Slipknot are going from strength to strength so this isn’t a nail in their coffin and comes at a transitional period for the band after the sad death of bassist Paul Gray.

Generally I believe a band need to have a strong catalogue of material to constitute a worthwhile compilation, solely comprising of singles with the exception of the odd very popular album track. I think the band need to have had a continual presence over at least a decade and I also finding it annoying when the albums are started with the newer tracks first. And how can a brand new track be included as a ‘bonus’? Nobody knows it so it simply just does not belong there.

The only reason I go into detail about all this is because we all know how good the songs are, so what else can be added? Well, what makes this compilation good is the fact the band have done absolutely NONE of this!

Nineteen tracks in chronological order by album/year, though not in single release order which would have been cool and with just ‘The Nameless’ left out. Six popular album tracks are included with a total of two of the tracks being live. Does what it says on the tin and available on vinyl, love it!

The deluxe edition gives you another opportunity to own the video recording of the bands headline performance at Download Festival 2009, for which the band won the Metal Hammer Award for Best Download Moment (of the ten year history) earlier this year.

A third disc compiles every Slipknot video made! Twenty videos from singles and other promos and ten vignettes (noun: A short story that presents a scene or tableau, or paints a picture. – I had to look that up!) from Clown.

‘Antennas To Hell’ is the perfect compilation and exactly what I wish for from a ‘Greatest Hits’. It would be great if other bands could follow suit from this megalith of a milestone set by Slipknot. ★★★★★

As for the band, this summer sees the first Knotfest in the states in their home state of Iowa and studio album number five is in its planning stages. 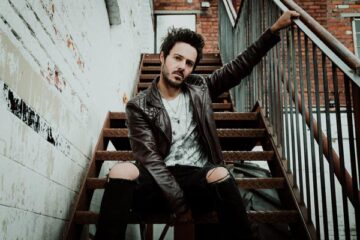