After recently signing to Century Media Records for their upcoming new studio album, Dark Funeral have re-released all six of their previous albums as a forerunner to their upcoming new studio album and to mark their twentieth anniversary, ‘Attera Totus Sanctus’, ‘Diabolis Interium’, ‘Angelus Exuro Pro Eternus’ are the final slab of re-issues by the Swedish Black Metal masters. 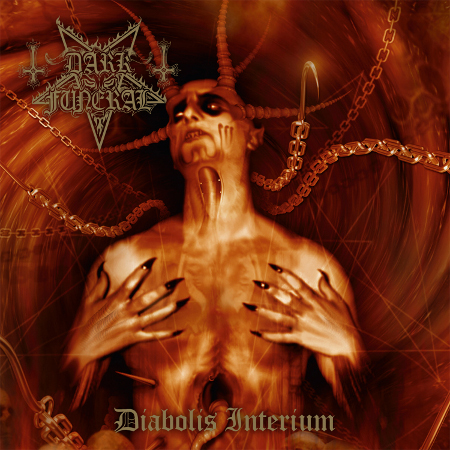 All the albums have been re-mastered and contain detailed liner notes, reworked artworks, rare photos and done with full support of guitarist Lord Ahriman.

‘Diabolis Interium’, their intense and hyper fast third album was hailed as the ‘Reign In Blood’ of Black Metal when it was released in 2001. This time around it also features three high quality live tracks as bonus.

It’s hard to believe twelve years have passed since its release; it still sounds as vital as it did over a decade ago.

Standout tracks for me, although the whole album is superb, are ‘The Arrival Of Satan’s Empire’, the atmospheric and entertaining ‘Goddess Of Sodomy’, a stunning cover of King Diamond’s ‘The Trial’ that I like better than the original and a brave and impressive cover of Slayer’s ‘Dead Skin Mask’. 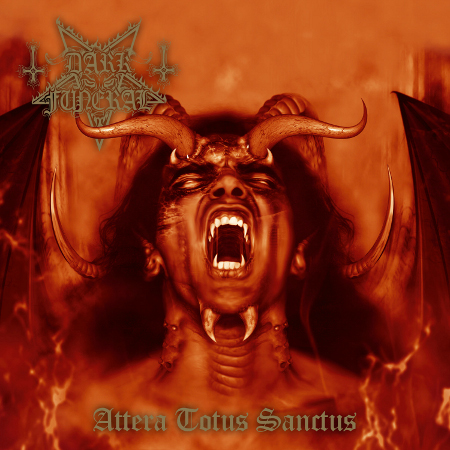 Released in 2005, ‘Attera Totus Sanctus’, their fourth album was created during the probably toughest period for the band, overshadowed by legal troubles and various line-up issues.

The result is an extremely personal opus containing such future live favourites as, the frantic and intense ‘King Antichrist’, the epic ‘Atrum Regina’, one of my favourites on the album or ‘666 Voices Inside’.

This reissue features two rare bonus tracks plus six live tracks recorded in South America in 2003. Very much an intense offering across the whole album, not quite such a big favourite with me as ‘Diabolis Interium’, but still great nonetheless.

Other standout tracks are the title track ‘Attera Totus Sanctus’ for its dark haunting quality and the sinister soaring ‘Feed On The Mortals’. 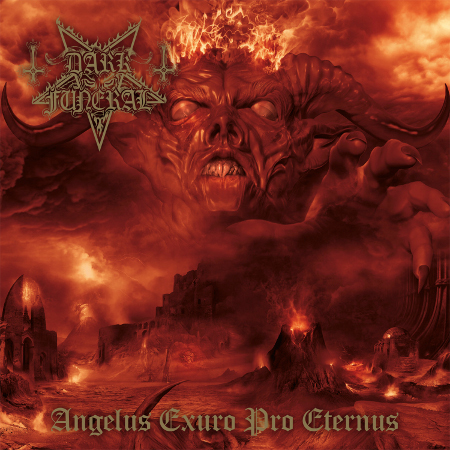 ‘Angelus Exuro Pro Eternus’ is their fifth album and originally put out in 2009. It was produced by sound master Peter Tägtgren (Hypocrisy) and is a more traditional offering with blasting tempo and hymn-like melodies in equal measure.

This version also has five newly released live tracks spanning the band’s entire history. A great album and an easier listen because of the melodic quality. The intensity is still there particularly on ‘The Birth Of The Vampire’ and the dark but beautiful, ‘My Funeral’.

Other standout tracks are ‘The End Of Human Race’, because it’s very listenable and easy to get into and the darkly intense ‘Stigmata’.

I love the deep chants of ‘Stigmata’ as he track opens and closes and the superb emotive guitar work midway and towards the end.

Three absolutely superb albums, well worth getting for the bonus tracks alone and for any vinyl collectors. All the albums are also available as strictly limited golden vinyl and black vinyl via www.cmdistro.com.

TONY MOTTRAM'S SHOT OF THE MONTH: V FOR...

MOTÖRHEAD RELEASE SECOND VIDEO FROM ‘CLEAN YOUR CLOCK’: WATCH ‘WHEN THE SKY COMES LOOKING FOR YOU’ BELOW 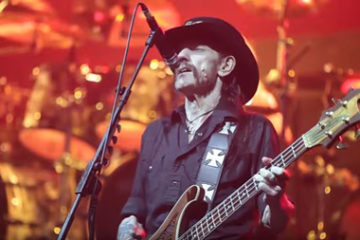