When you think of Metal bands, you generally think of bands in the UK, mainland Europe, North and South America and, of course, Canada – but there’s also a burgeoning Metal scene in the Russian Federation. In the first of a series of MetalTalk interviews with bands from Russia, we point the spotlight in the direction of Psilocybe Larvae. 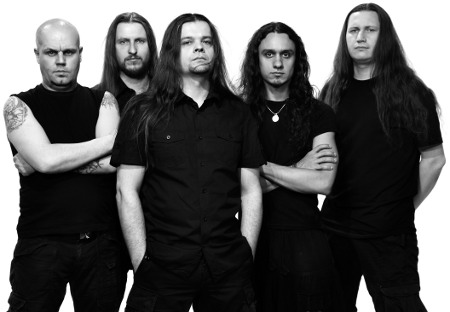 The five piece are currently based in St Petersburg, and I spoke to vocalist Vit ‘Larv’ Belobritsky first, about the Rock and Metal scene in the area.

“St Petersburg is one of the main Russian cities where metal life happens”, he explains. “We’ve been playing here since 2005, and we are well known, and most of our fans stay close by too. There are a lot of rock and metal gigs in the area, by local Russian bands as well as the bigger Western bands, but it’s getting more difficult to find new fans as they (the local residents) are fed up with musical events now, so there’s are less gigs happening nowadays”.

Vit explains further that the scene in St Petersburg itself is very diverse and it’s easy to find a band playing a specific genre of Metal, but he says that most bands that perform in the Russian language itself are a cross between the traditional Heavy Metal sound mixed with Pagan, Metalcore and EMO influences, and are very popular.

“However”, Vi continues, “as I said, these are difficult times for local bands, like us, who are singing in English.

“Nowadays the music industry is all digital and we can only really count on the internet only (to build a fanbase), so (the band) has to use all the social networking sites and band forums we can to make our music available to fans.”

Moving onto the band itself, I ask Vit who Psilocybe Larvae actually are and what brought the band together in the first place?

“They started in 1996 when I was living in the old medieval town of Vyborg”, (located near the Finnish border), when he along with some like-minded friends formed the band to indulge their passion for “melodic and haunting death/dark metal”.

“After recording a first demo, in the same year, the band soon entered a professional studio to record a song for the ‘Russian Alternative Extreme Music’ sampler album.

“The old drummer decided to leave shortly before the recording”, he explains, “so we initially recruited Ilya ‘Alan’ Piyaev to play drums on the recording, which was eventually released in 1998, with Alan joining the band as a full-time member in 1999.” 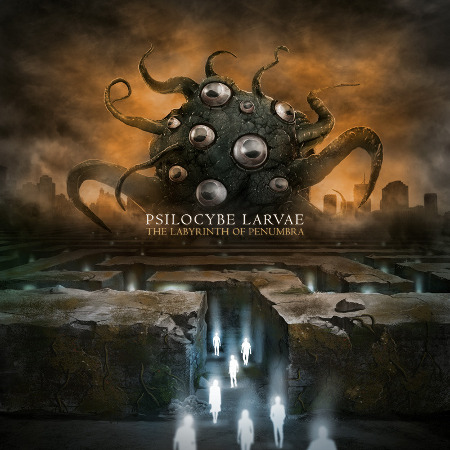 The band then entered the studio again in mid-2000 to record their first full-length, ‘Stigmata’, which was self-released and garnered some favourable reviews on its initial release. The band underwent further line-up changes in 2002 with Andrey ‘Luke’ Lukashkov recruited for guitar duties and the band contributing two cover songs for tribute CDs to Manowar and Chimera, along with the recording of their second full album, ‘Agony’, which was released at the beginning of 2003.

“In 2005, Russia’s major label CD-Maximum agreed to re-master and re-release the two albums with bonus tracks”, Vit continues, “and the band also got a new bass player in shape of Alex ‘Liga’ Legotin”.

At this point, the band had relocated to St. Petersburg, with Dmitry ‘Chaos’ Orekhov replacing the previous keyboard player, who left for personal reasons. The band headlined the Ukrainian ‘Triple Interaction’ tour in the autumn of 2006, and then entered the studio in January 2007 to record their third album, eventually titled ‘Non-Existence’, which was finally released in February 2008.

“During 2008, the band promoted the ‘Non-Existence’ album with shows in Russia as well as taking part in a tour of Belarus under the ‘Creative Breath Of Death’ banner, together with Katalepsy, Deathbringer and Thelema. In 2009, we signed to Dark Harvest Records for an international release of ‘Non-Existence’ and continued songwriting”, says Vit, which brings the band’s story right up-to-date with the release in 2012 of the brand new album, ‘The Labyrinth Of Penumbra’.

Vit is justafibaly proud of the four albums that have been released so far, not to mention the live performances all over Russia, Belarus, Ukraine, Finland, Estonia, Latvia and Poland. As he explains to me: “We have shared the stage with bands like Sadist, Anathema, Sinister, Swallow The Sun, Norther, Vesania and having gone through ups and downs and a lot of line-up changes, I’m the only one who has remained in the band from the very beginning.” 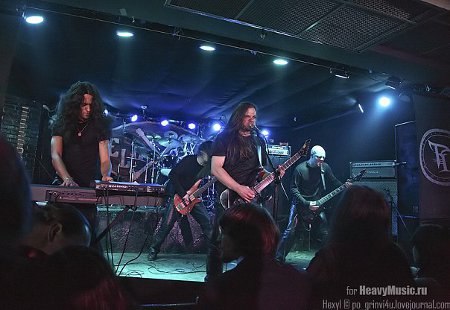 Vit is certainly the main driving force for the band and it’s mostly his musical ideas and lyrics, but he’s keen to stress that it not only him that contributes.

“All the band members have an input to the writing process and undoubtedly it’s a collaborative work, more so now as the band has become a project of musicians from across Russia, proving their passion and capabilities for writing atmospheric and powerful music.”

Having said that, Vit is unwilling to pigeonhole the band, or their musical style.

“It’s hard to place our music into any specific genre. It includes elements of doom, death, black and progressive music. The style can perhaps be described as dark metal. We prefer to call it Manic-Depressive music. So, if you like the hellish mix of Opeth, Katatonia, My Dying Bride, Septic Flesh, Anathema, Devin Townsend, Moonspell, Between The Buried And Me, Porcupine Tree or Emperor – you’re welcome!”

I ask about the bands plans for 2013, and Vit confirms that they are “gearing up for our ‘Penumbra Divisus Tour’, which includes six shows in Belarus. Following that, we’re anxious to get on the road with our friends from Deathbringer and we have some shows in Russia scheduled for this spring. Of course it would be great to visit UK and play some kickass shows too!”, he says with a smile.

As far as future releases are concerned, their fourth album, ‘The Labyrinth Of Penumbra’, was released on 5th November 2012 on the Buil2Kill Records/Nadir Music label, and is currently available via ITunes or on CD via Amazon, so it’s too early to make any plans about further releases. Vit says of the new album: “It is undoubtedly the most significant album that we’ve come up with (yet)!”

When it comes to other bands or musicians that Psilocybe Larvaes look up to, Vit mentions that he doesn’t like the words “hero” or “idol”. “We have no main influences or any idols but there are many great musicians, actors, sportsmen and writers we are looking up to”, he explains. When pushed, however, Vit is happy to name-check a few tracks which he holds in high esteem including ‘Comfortably Numb’ by Pink Floyd, ‘Breaking The Law’ by Judas Priest and the classic ‘Black Sabbath’ by Black Sabbath themselves.

“This is just the music I grew up with and it will be always in my heart!” he says as a final note – well you can’t argue with that sentiment, can you?

You can watch a live video for the track ‘Shining Shambhala’ here: