Martin Walkyier, frontman of Sabbat, Skyclad and The Clan Destined, has been known as an outspoken orator for some time. He is not a man to hold his tongue. 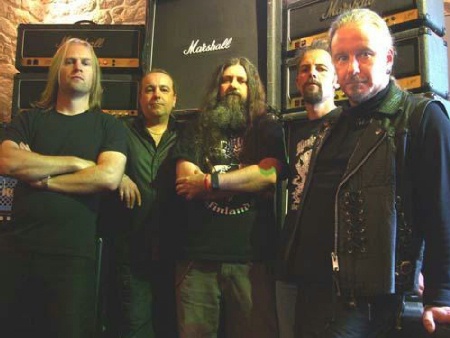 Sabbat with Andy Sneap on the far left and Martin Walkyier on the far right.

His disputes with Andy Sneap (former Sabbat guitarist and now successful producer of bands such as Megadeth, Machine Head and Killswitch Engage) were what initially caused the original Sabbat split in 1989.

Since then the two seemed to have resolved their differences, reforming Sabbat 2006-07 and going on to work on the Hell album together.

Martin did not end up on the final Hell record. At the time it was stated that with Andy’s guitars and Martin’s vocals the album had started to sound like a Sabbat album rather than a Hell album. Martin’s vocals were replaced by replaced by David Bowler,
brother of Hell guitarist Kev Bowler.

Last week an argument broke out on the public pages of Facebook between Martin Walkyier and Andy Sneap. The row eventually drew in James Murphy (Death/Testament guitarist) who tried, along with several other people, to calm the situation down. The pages were later deleted but not before MetalTalk took snapshots for you all to see.

Here are some of the comments that were made publicly on Martin’s Facebook wall. We’ve edited out much of what was said as at times things got a little too personal for all concerned.

The episode started when Martin put this as his wall post, totally out of the blue…

Another Facebook friend that we shall call B*** then fanned the flames by asking for a Sabbat reunion in a post we cannot print here. Andy Sneap responded to him with…

Walkyier took this
as a direct dig at him and replied: 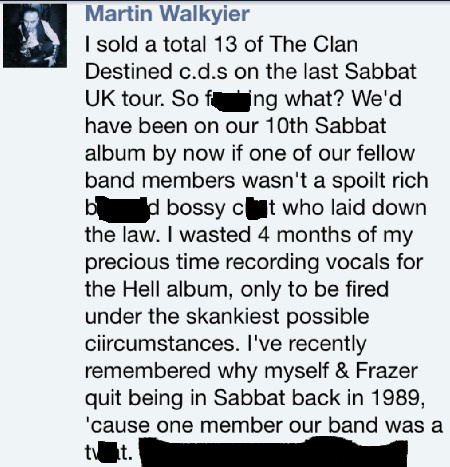 Martin’s post continued with comments that we cannot publish here and ended with demanding a share of the band’s backdrop. Andy politely came back with:

At this point other people were trying to cool the flames and commenting:

Then James Murphy (Death/Testament guitarist) stepped in. He knows Martin from having played guitar on The Clan Destined album ‘In The Big Ending’ and also knows Andy from his production work on Testament’s ‘The Gathering’ album. 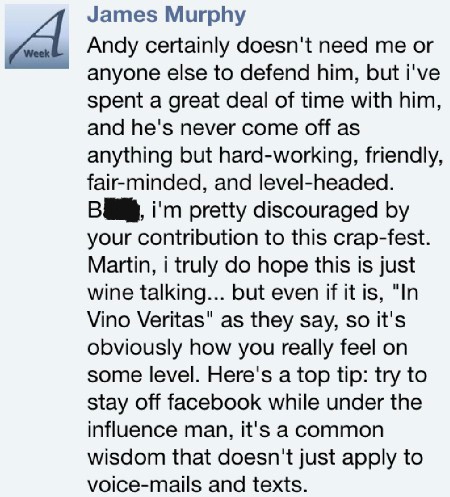 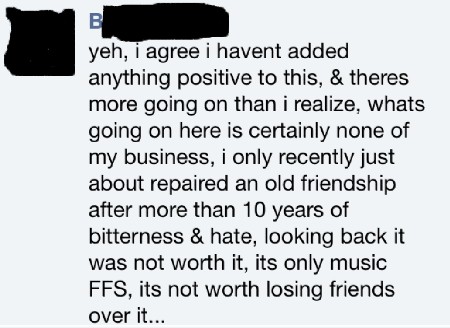 Martin also greeted James but then tried to turn him against Andy: 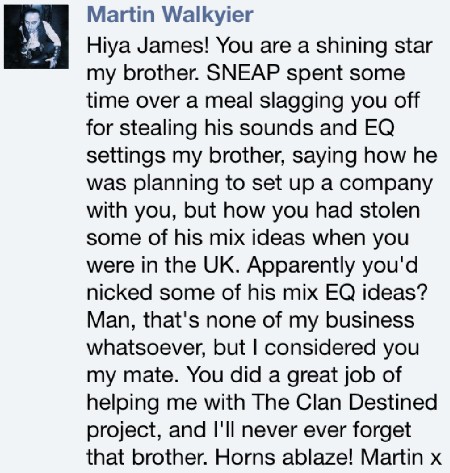 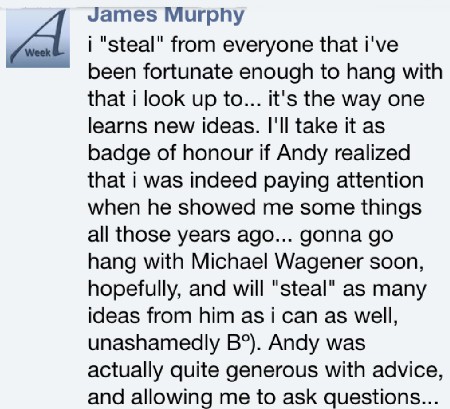 After a few more unprintable comments James pleaded with Martin: 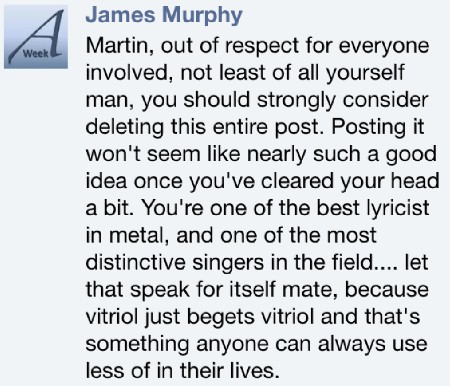 Finally after several other posts Walkyier saw that the discussion was not going to end positively and signed off with: 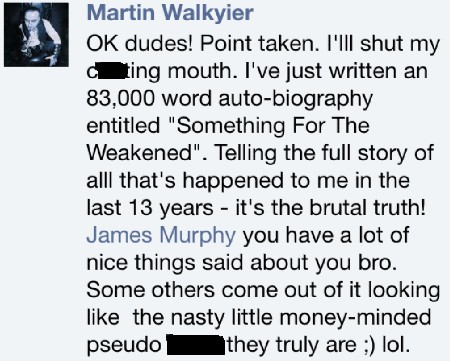 The thread was then deleted.

Hopefully the lesson for all of us us to learn is never have a public dispute on social media and try not to post there after having a drink or two.

James Murphy is currently recording more albums from his home studio. He has already appeared on almost 50 albums including those by Death, Testament, Obituary, Steve Morse, Vicious Rumours and two of his own solo albums.

Andy Sneap is currently recording and producing more albums from his home studio, ‘Backstage’. He has already recorded, mixed or appeared on over 100 albums including those by Sabbat, Megadeth, Machine Head, Opeth, Accept, Killswitch Engage and most recently with Saxon and Carcass.

Martin Walkyier recently played in Moscow and is currently preparing for a South American Tour performing a set of Skyclad songs while completing the long awaited second album from The Clan Destined. He is also planning to publish his autobiography, ‘Something For The Weakened’. You heard it at MetalTalk first folks.

News of a Sabbat reunion is not thought to be on the cards.